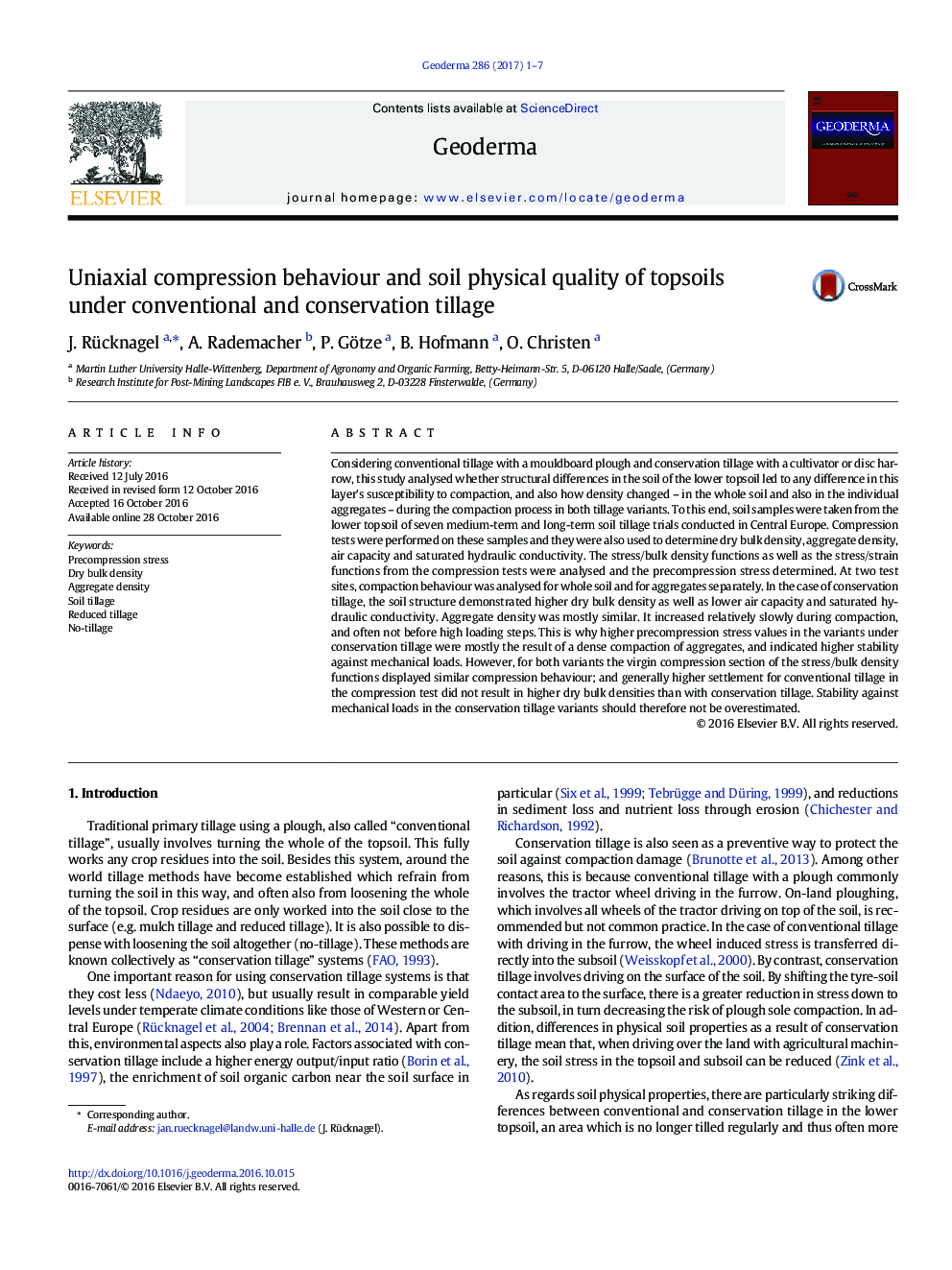 Considering conventional tillage with a mouldboard plough and conservation tillage with a cultivator or disc harrow, this study analysed whether structural differences in the soil of the lower topsoil led to any difference in this layer's susceptibility to compaction, and also how density changed – in the whole soil and also in the individual aggregates – during the compaction process in both tillage variants. To this end, soil samples were taken from the lower topsoil of seven medium-term and long-term soil tillage trials conducted in Central Europe. Compression tests were performed on these samples and they were also used to determine dry bulk density, aggregate density, air capacity and saturated hydraulic conductivity. The stress/bulk density functions as well as the stress/strain functions from the compression tests were analysed and the precompression stress determined. At two test sites, compaction behaviour was analysed for whole soil and for aggregates separately. In the case of conservation tillage, the soil structure demonstrated higher dry bulk density as well as lower air capacity and saturated hydraulic conductivity. Aggregate density was mostly similar. It increased relatively slowly during compaction, and often not before high loading steps. This is why higher precompression stress values in the variants under conservation tillage were mostly the result of a dense compaction of aggregates, and indicated higher stability against mechanical loads. However, for both variants the virgin compression section of the stress/bulk density functions displayed similar compression behaviour; and generally higher settlement for conventional tillage in the compression test did not result in higher dry bulk densities than with conservation tillage. Stability against mechanical loads in the conservation tillage variants should therefore not be overestimated.