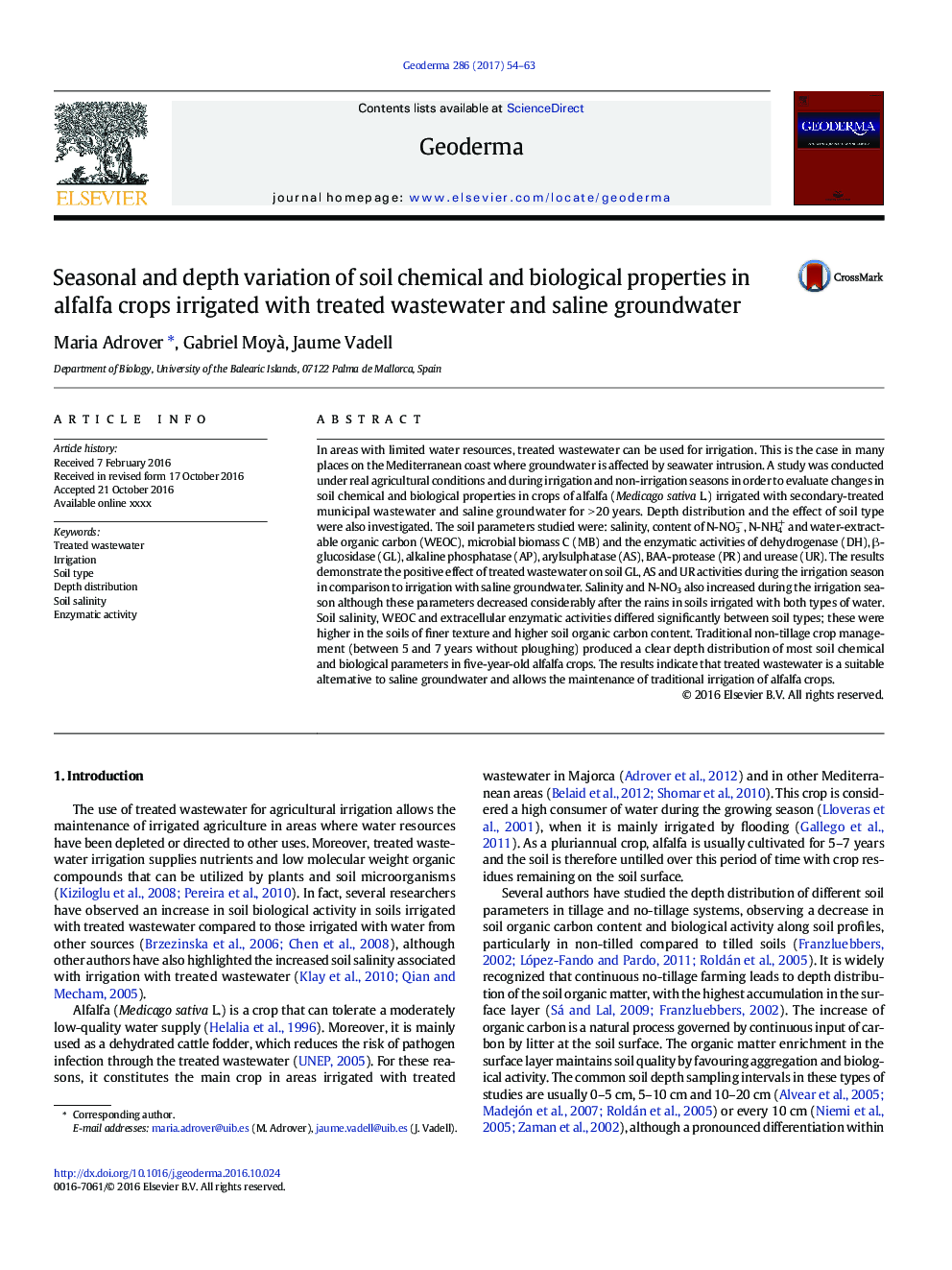 In areas with limited water resources, treated wastewater can be used for irrigation. This is the case in many places on the Mediterranean coast where groundwater is affected by seawater intrusion. A study was conducted under real agricultural conditions and during irrigation and non-irrigation seasons in order to evaluate changes in soil chemical and biological properties in crops of alfalfa (Medicago sativa L.) irrigated with secondary-treated municipal wastewater and saline groundwater for > 20 years. Depth distribution and the effect of soil type were also investigated. The soil parameters studied were: salinity, content of N-NO3−, N-NH4+ and water-extractable organic carbon (WEOC), microbial biomass C (MB) and the enzymatic activities of dehydrogenase (DH), β-glucosidase (GL), alkaline phosphatase (AP), arylsulphatase (AS), BAA-protease (PR) and urease (UR). The results demonstrate the positive effect of treated wastewater on soil GL, AS and UR activities during the irrigation season in comparison to irrigation with saline groundwater. Salinity and N-NO3 also increased during the irrigation season although these parameters decreased considerably after the rains in soils irrigated with both types of water. Soil salinity, WEOC and extracellular enzymatic activities differed significantly between soil types; these were higher in the soils of finer texture and higher soil organic carbon content. Traditional non-tillage crop management (between 5 and 7 years without ploughing) produced a clear depth distribution of most soil chemical and biological parameters in five-year-old alfalfa crops. The results indicate that treated wastewater is a suitable alternative to saline groundwater and allows the maintenance of traditional irrigation of alfalfa crops.