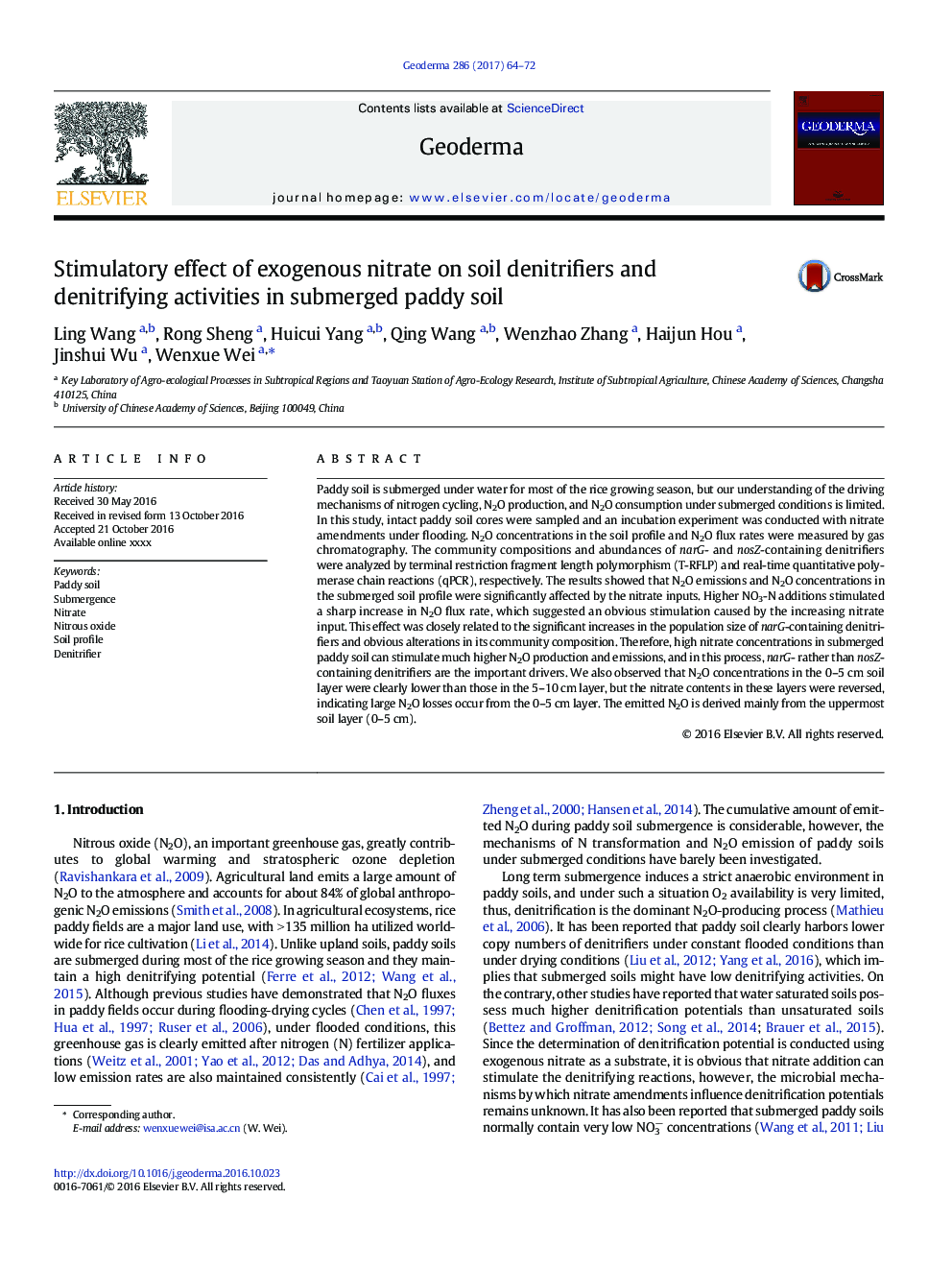 Paddy soil is submerged under water for most of the rice growing season, but our understanding of the driving mechanisms of nitrogen cycling, N2O production, and N2O consumption under submerged conditions is limited. In this study, intact paddy soil cores were sampled and an incubation experiment was conducted with nitrate amendments under flooding. N2O concentrations in the soil profile and N2O flux rates were measured by gas chromatography. The community compositions and abundances of narG- and nosZ-containing denitrifiers were analyzed by terminal restriction fragment length polymorphism (T-RFLP) and real-time quantitative polymerase chain reactions (qPCR), respectively. The results showed that N2O emissions and N2O concentrations in the submerged soil profile were significantly affected by the nitrate inputs. Higher NO3-N additions stimulated a sharp increase in N2O flux rate, which suggested an obvious stimulation caused by the increasing nitrate input. This effect was closely related to the significant increases in the population size of narG-containing denitrifiers and obvious alterations in its community composition. Therefore, high nitrate concentrations in submerged paddy soil can stimulate much higher N2O production and emissions, and in this process, narG- rather than nosZ-containing denitrifiers are the important drivers. We also observed that N2O concentrations in the 0–5 cm soil layer were clearly lower than those in the 5–10 cm layer, but the nitrate contents in these layers were reversed, indicating large N2O losses occur from the 0–5 cm layer. The emitted N2O is derived mainly from the uppermost soil layer (0–5 cm).