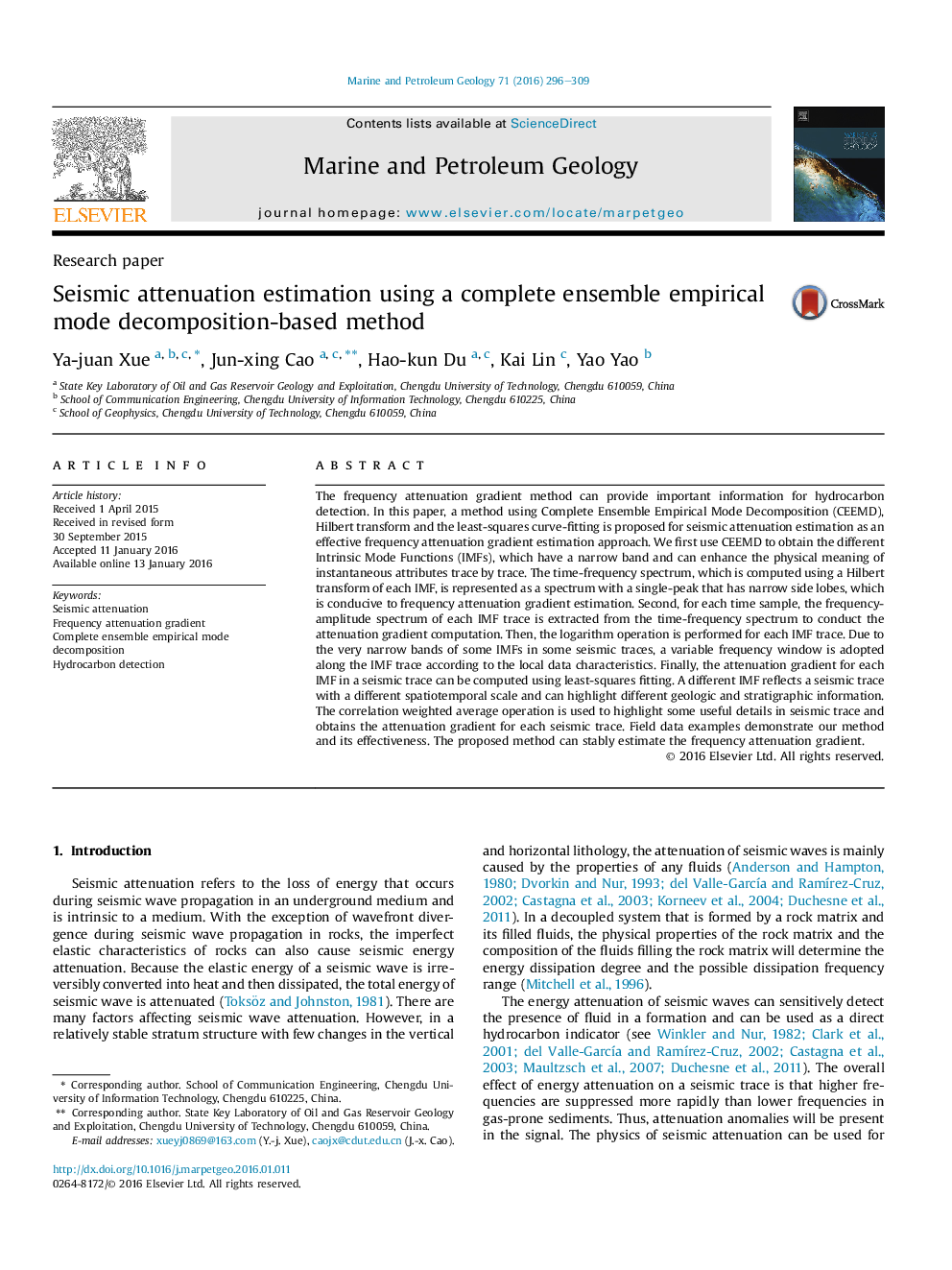 • Seismic attenuation estimated by the CEEMD-based method is studied.
• CEEMD and HT and least-squares fitting are adopted in the proposed method.
• The correlation weighted average is used for highlighting some useful details.
• The application in tight sandstone reservoir shows the effectiveness.
• The proposed method has better effects than the other conventional methods.