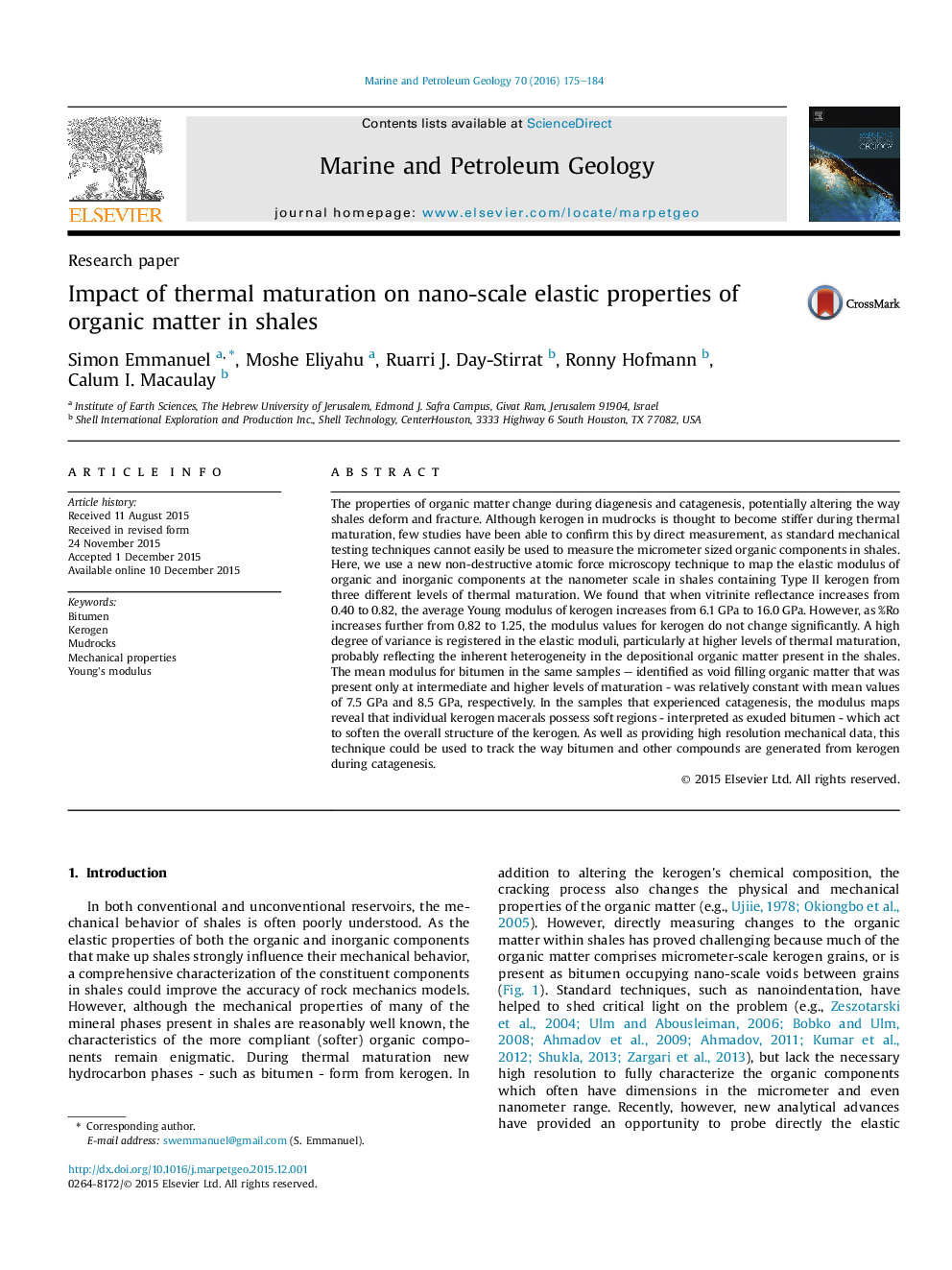 • Elastic properties of bitumen and kerogen in shales were mapped at the nanometer scale.
• Samples from different levels of thermal maturity show that kerogen stiffens with increased maturation.
• Some kerogen macerals contain soft bitumen inclusions.
• Specific types of bitumen can be linked to parent kerogen macerals.

The properties of organic matter change during diagenesis and catagenesis, potentially altering the way shales deform and fracture. Although kerogen in mudrocks is thought to become stiffer during thermal maturation, few studies have been able to confirm this by direct measurement, as standard mechanical testing techniques cannot easily be used to measure the micrometer sized organic components in shales. Here, we use a new non-destructive atomic force microscopy technique to map the elastic modulus of organic and inorganic components at the nanometer scale in shales containing Type II kerogen from three different levels of thermal maturation. We found that when vitrinite reflectance increases from 0.40 to 0.82, the average Young modulus of kerogen increases from 6.1 GPa to 16.0 GPa. However, as %Ro increases further from 0.82 to 1.25, the modulus values for kerogen do not change significantly. A high degree of variance is registered in the elastic moduli, particularly at higher levels of thermal maturation, probably reflecting the inherent heterogeneity in the depositional organic matter present in the shales. The mean modulus for bitumen in the same samples – identified as void filling organic matter that was present only at intermediate and higher levels of maturation - was relatively constant with mean values of 7.5 GPa and 8.5 GPa, respectively. In the samples that experienced catagenesis, the modulus maps reveal that individual kerogen macerals possess soft regions - interpreted as exuded bitumen - which act to soften the overall structure of the kerogen. As well as providing high resolution mechanical data, this technique could be used to track the way bitumen and other compounds are generated from kerogen during catagenesis.