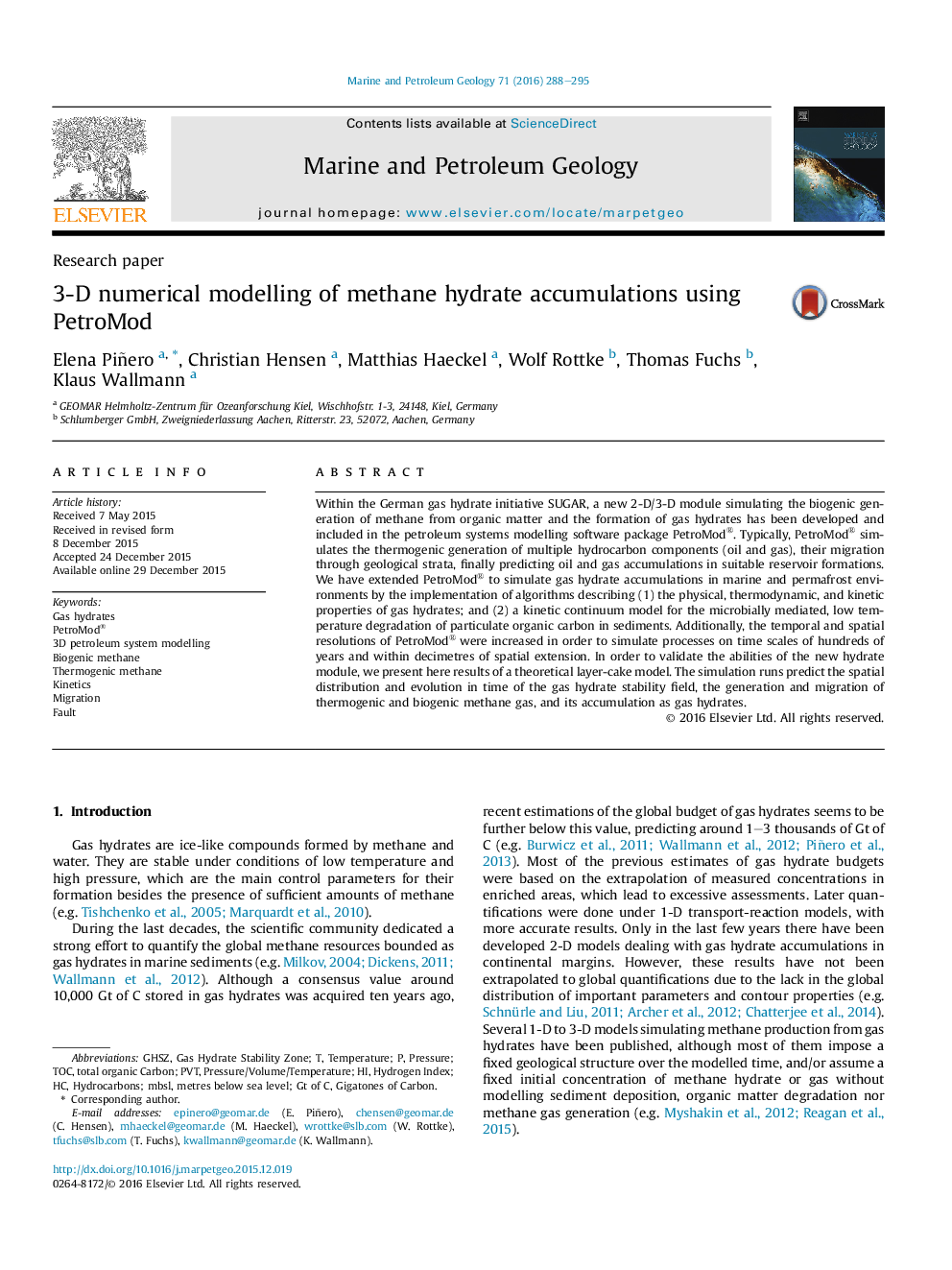 • PetroMod is the 1st basin modelling software including methane hydrate simulation.
• The Gas hydrate module includes physical, thermodynamic, and kinetic properties.
• PetroMod simulates the evolution over time of the GHSZ.
• PetroMod includes a kinetic for the organic matter degradation at low temperature.

Within the German gas hydrate initiative SUGAR, a new 2-D/3-D module simulating the biogenic generation of methane from organic matter and the formation of gas hydrates has been developed and included in the petroleum systems modelling software package PetroMod®. Typically, PetroMod® simulates the thermogenic generation of multiple hydrocarbon components (oil and gas), their migration through geological strata, finally predicting oil and gas accumulations in suitable reservoir formations. We have extended PetroMod® to simulate gas hydrate accumulations in marine and permafrost environments by the implementation of algorithms describing (1) the physical, thermodynamic, and kinetic properties of gas hydrates; and (2) a kinetic continuum model for the microbially mediated, low temperature degradation of particulate organic carbon in sediments. Additionally, the temporal and spatial resolutions of PetroMod® were increased in order to simulate processes on time scales of hundreds of years and within decimetres of spatial extension. In order to validate the abilities of the new hydrate module, we present here results of a theoretical layer-cake model. The simulation runs predict the spatial distribution and evolution in time of the gas hydrate stability field, the generation and migration of thermogenic and biogenic methane gas, and its accumulation as gas hydrates.