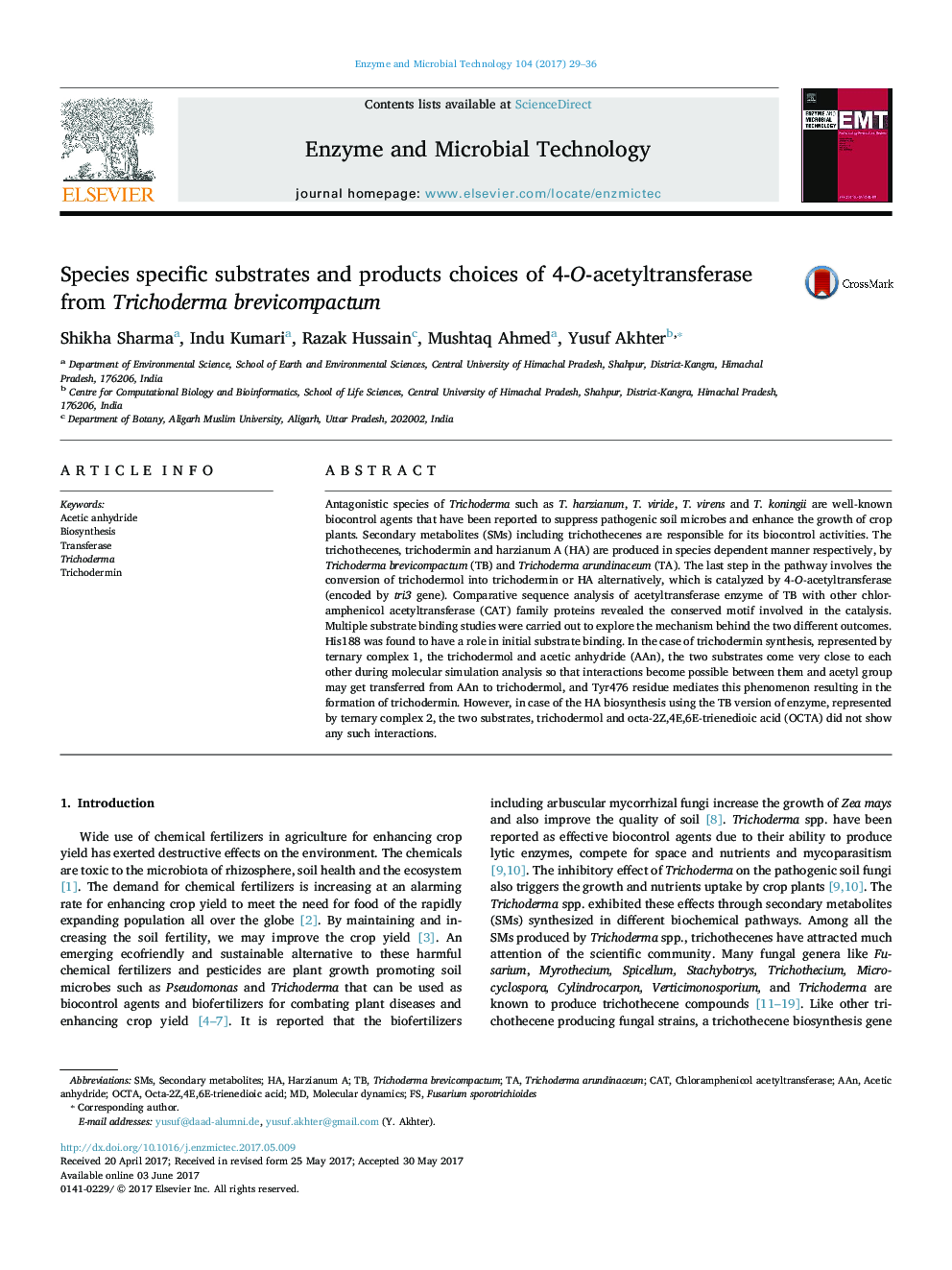 Antagonistic species of Trichoderma such as T. harzianum, T. viride, T. virens and T. koningii are well-known biocontrol agents that have been reported to suppress pathogenic soil microbes and enhance the growth of crop plants. Secondary metabolites (SMs) including trichothecenes are responsible for its biocontrol activities. The trichothecenes, trichodermin and harzianum A (HA) are produced in species dependent manner respectively, by Trichoderma brevicompactum (TB) and Trichoderma arundinaceum (TA). The last step in the pathway involves the conversion of trichodermol into trichodermin or HA alternatively, which is catalyzed by 4-O-acetyltransferase (encoded by tri3 gene). Comparative sequence analysis of acetyltransferase enzyme of TB with other chloramphenicol acetyltransferase (CAT) family proteins revealed the conserved motif involved in the catalysis. Multiple substrate binding studies were carried out to explore the mechanism behind the two different outcomes. His188 was found to have a role in initial substrate binding. In the case of trichodermin synthesis, represented by ternary complex 1, the trichodermol and acetic anhydride (AAn), the two substrates come very close to each other during molecular simulation analysis so that interactions become possible between them and acetyl group may get transferred from AAn to trichodermol, and Tyr476 residue mediates this phenomenon resulting in the formation of trichodermin. However, in case of the HA biosynthesis using the TB version of enzyme, represented by ternary complex 2, the two substrates, trichodermol and octa-2Z,4E,6E-trienedioic acid (OCTA) did not show any such interactions.