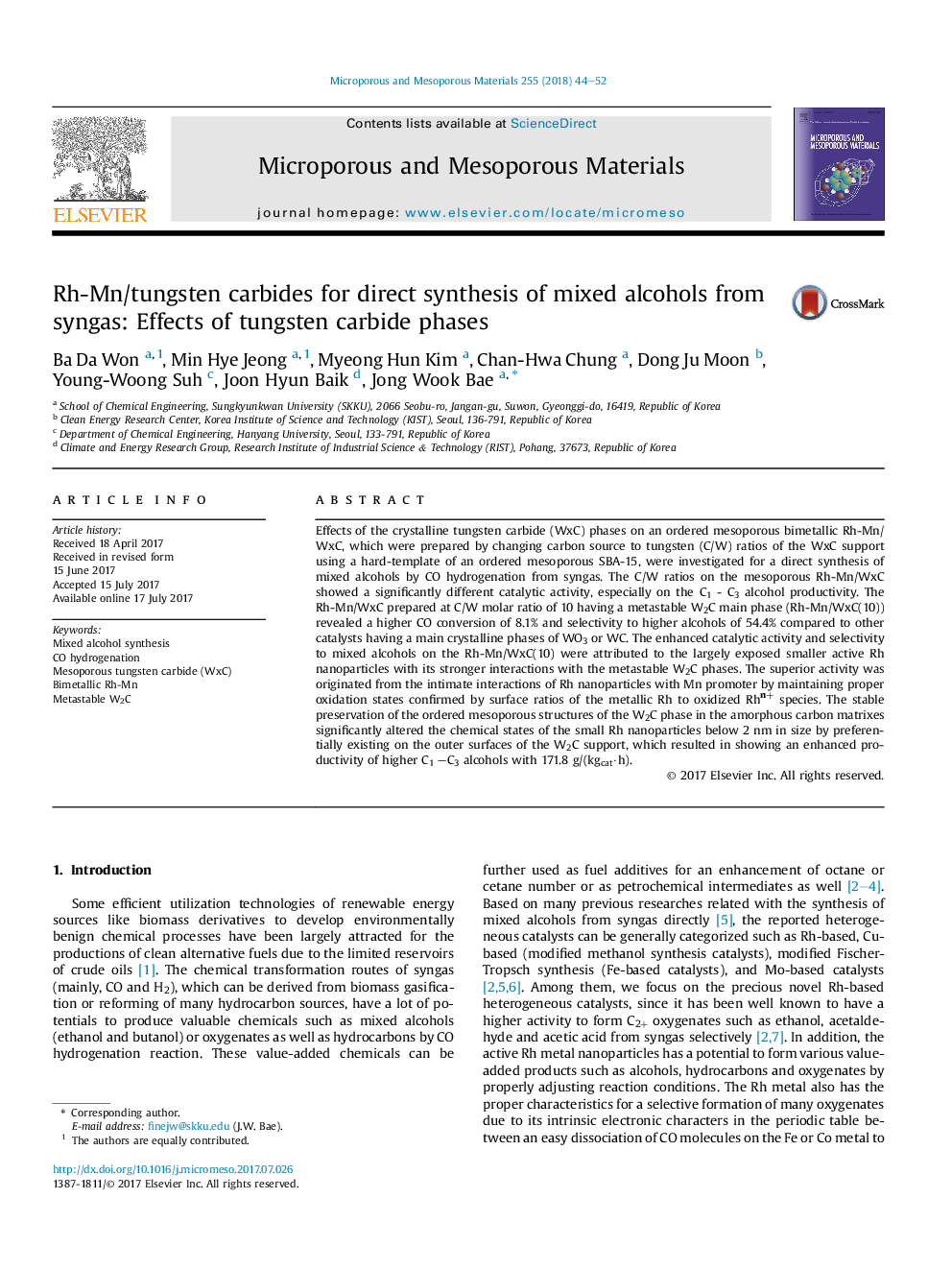 Effects of the crystalline tungsten carbide (WxC) phases on an ordered mesoporous bimetallic Rh-Mn/WxC, which were prepared by changing carbon source to tungsten (C/W) ratios of the WxC support using a hard-template of an ordered mesoporous SBA-15, were investigated for a direct synthesis of mixed alcohols by CO hydrogenation from syngas. The C/W ratios on the mesoporous Rh-Mn/WxC showed a significantly different catalytic activity, especially on the C1 - C3 alcohol productivity. The Rh-Mn/WxC prepared at C/W molar ratio of 10 having a metastable W2C main phase (Rh-Mn/WxC(10)) revealed a higher CO conversion of 8.1% and selectivity to higher alcohols of 54.4% compared to other catalysts having a main crystalline phases of WO3 or WC. The enhanced catalytic activity and selectivity to mixed alcohols on the Rh-Mn/WxC(10) were attributed to the largely exposed smaller active Rh nanoparticles with its stronger interactions with the metastable W2C phases. The superior activity was originated from the intimate interactions of Rh nanoparticles with Mn promoter by maintaining proper oxidation states confirmed by surface ratios of the metallic Rh to oxidized Rhn+ species. The stable preservation of the ordered mesoporous structures of the W2C phase in the amorphous carbon matrixes significantly altered the chemical states of the small Rh nanoparticles below 2Â nm in size by preferentially existing on the outer surfaces of the W2C support, which resulted in showing an enhanced productivity of higher C1 -C3 alcohols with 171.8Â g/(kgcatÂ·h).