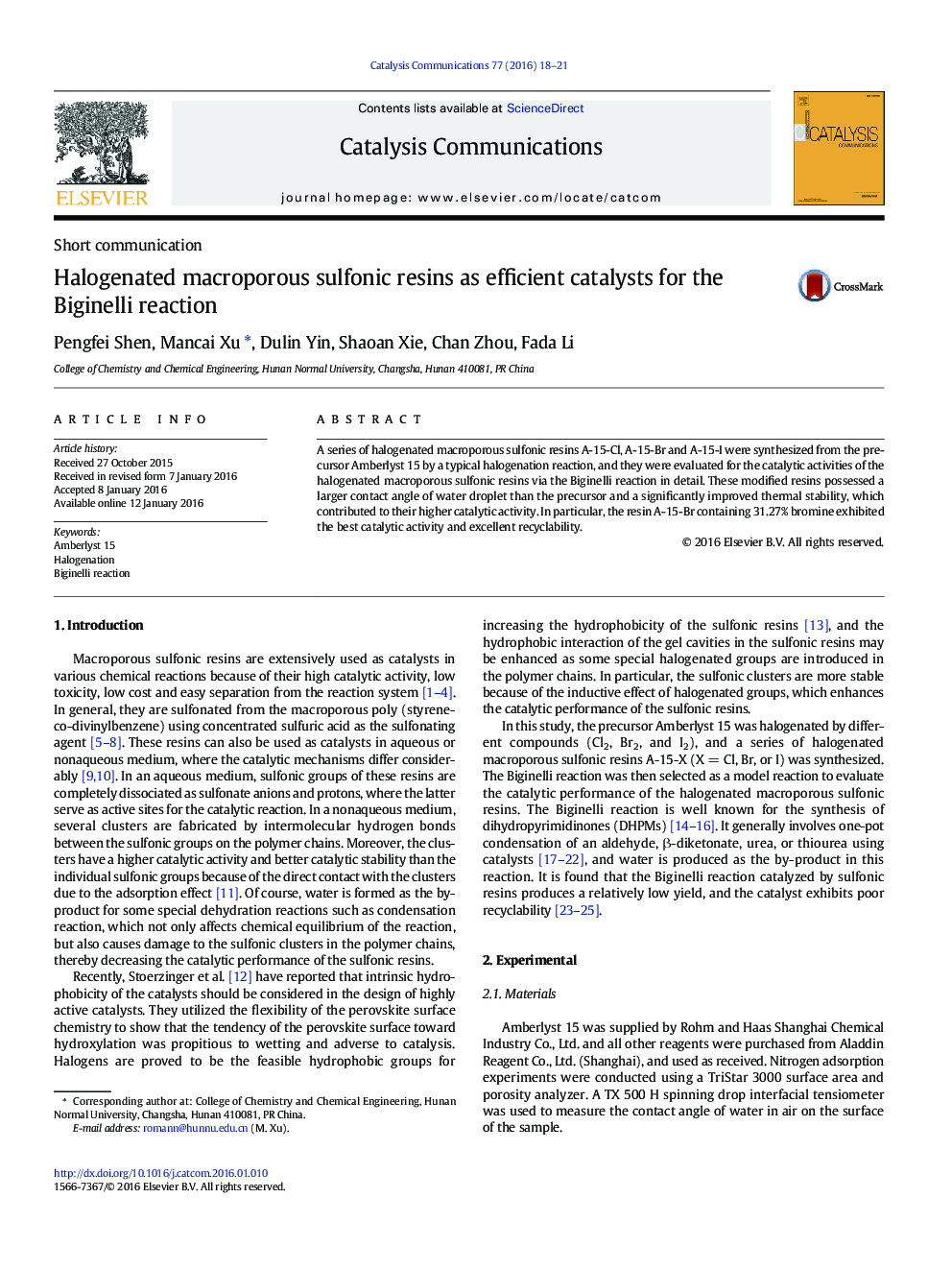 A series of halogenated macroporous sulfonic resins A-15-Cl, A-15-Br and A-15-I were synthesized from the precursor Amberlyst 15 by a typical halogenation reaction, and they were evaluated for the catalytic activities of the halogenated macroporous sulfonic resins via the Biginelli reaction in detail. These modified resins possessed a larger contact angle of water droplet than the precursor and a significantly improved thermal stability, which contributed to their higher catalytic activity. In particular, the resin A-15-Br containing 31.27% bromine exhibited the best catalytic activity and excellent recyclability.

Halogenated macroporous sulfonic resins were synthesized and employed as the catalysts for the Biginelli reaction.Figure optionsDownload as PowerPoint slide