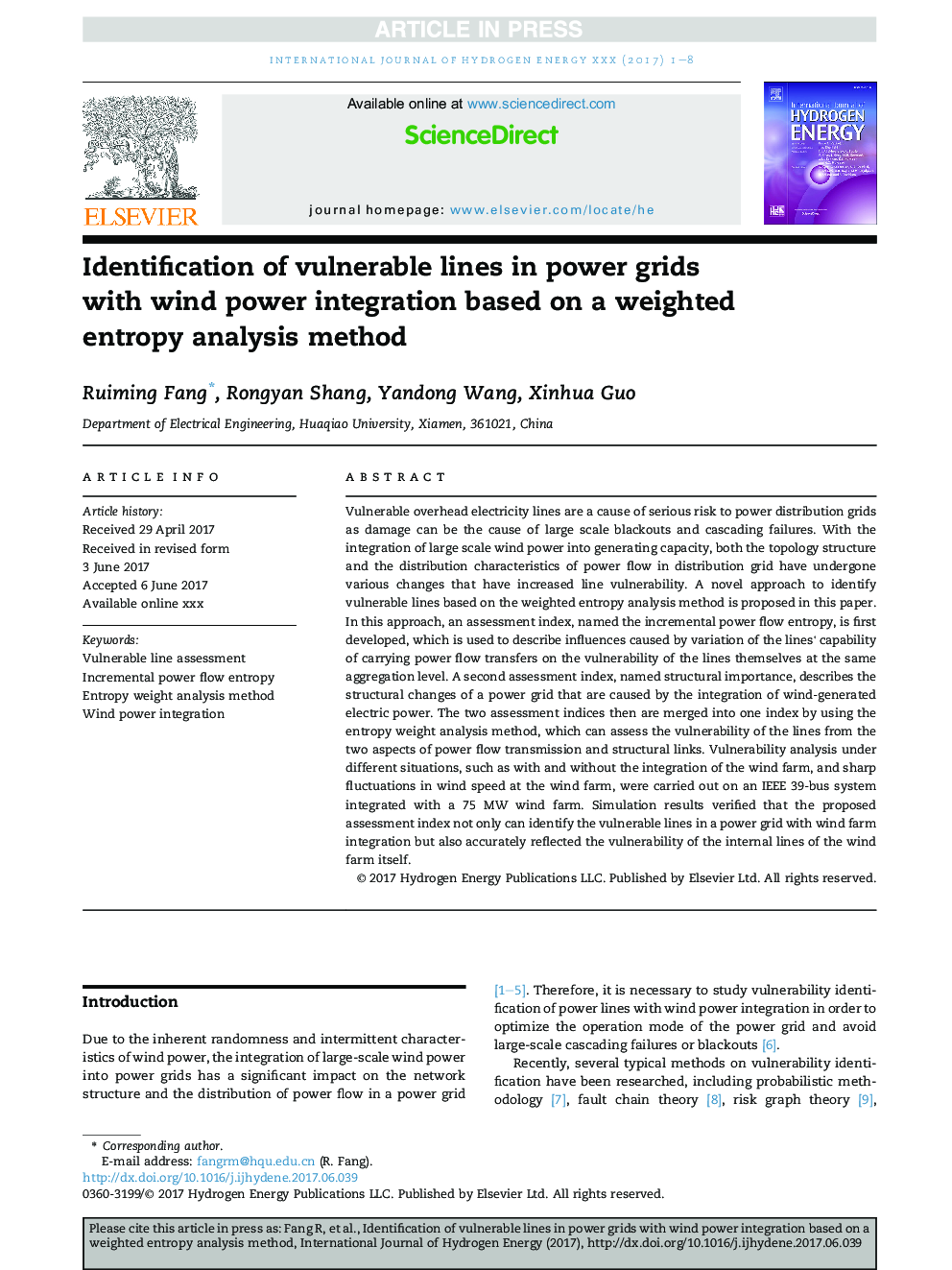 چکیده انگلیسی
Vulnerable overhead electricity lines are a cause of serious risk to power distribution grids as damage can be the cause of large scale blackouts and cascading failures. With the integration of large scale wind power into generating capacity, both the topology structure and the distribution characteristics of power flow in distribution grid have undergone various changes that have increased line vulnerability. A novel approach to identify vulnerable lines based on the weighted entropy analysis method is proposed in this paper. In this approach, an assessment index, named the incremental power flow entropy, is first developed, which is used to describe influences caused by variation of the lines' capability of carrying power flow transfers on the vulnerability of the lines themselves at the same aggregation level. A second assessment index, named structural importance, describes the structural changes of a power grid that are caused by the integration of wind-generated electric power. The two assessment indices then are merged into one index by using the entropy weight analysis method, which can assess the vulnerability of the lines from the two aspects of power flow transmission and structural links. Vulnerability analysis under different situations, such as with and without the integration of the wind farm, and sharp fluctuations in wind speed at the wind farm, were carried out on an IEEE 39-bus system integrated with a 75Â MW wind farm. Simulation results verified that the proposed assessment index not only can identify the vulnerable lines in a power grid with wind farm integration but also accurately reflected the vulnerability of the internal lines of the wind farm itself.
ناشر
Database: Elsevier - ScienceDirect (ساینس دایرکت)
Journal: International Journal of Hydrogen Energy - Volume 42, Issue 31, 3 August 2017, Pages 20269-20276
نویسندگان
Ruiming Fang, Rongyan Shang, Yandong Wang, Xinhua Guo,
دانلود مقاله + سفارش ترجمه
دانلود مقاله ISI انگلیسی
رایگان برای ایرانیان
سفارش ترجمه تخصصی
با تضمین قیمت و کیفیت
منتشر شده در