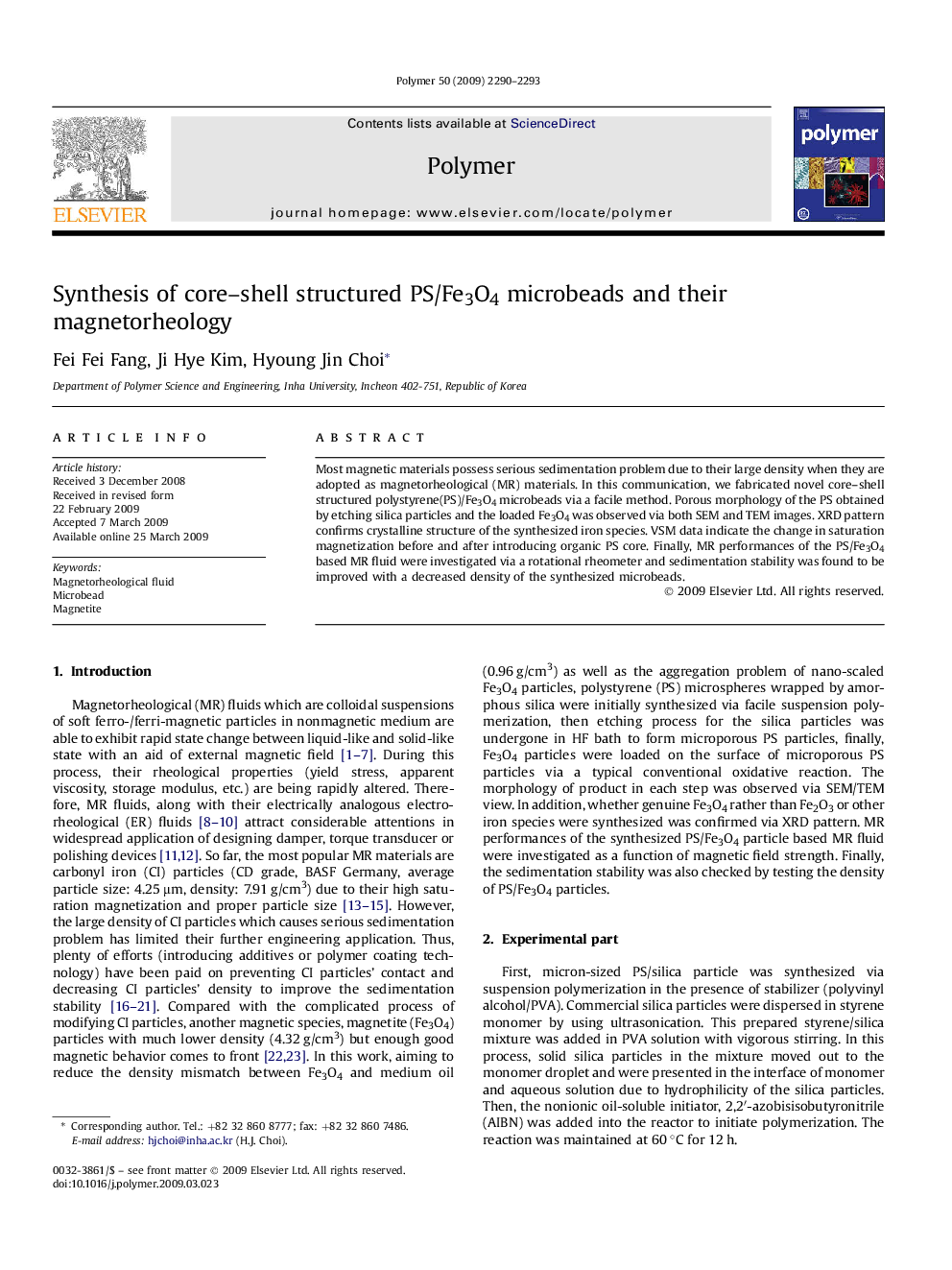 Most magnetic materials possess serious sedimentation problem due to their large density when they are adopted as magnetorheological (MR) materials. In this communication, we fabricated novel core-shell structured polystyrene(PS)/Fe3O4 microbeads via a facile method. Porous morphology of the PS obtained by etching silica particles and the loaded Fe3O4 was observed via both SEM and TEM images. XRD pattern confirms crystalline structure of the synthesized iron species. VSM data indicate the change in saturation magnetization before and after introducing organic PS core. Finally, MR performances of the PS/Fe3O4 based MR fluid were investigated via a rotational rheometer and sedimentation stability was found to be improved with a decreased density of the synthesized microbeads.