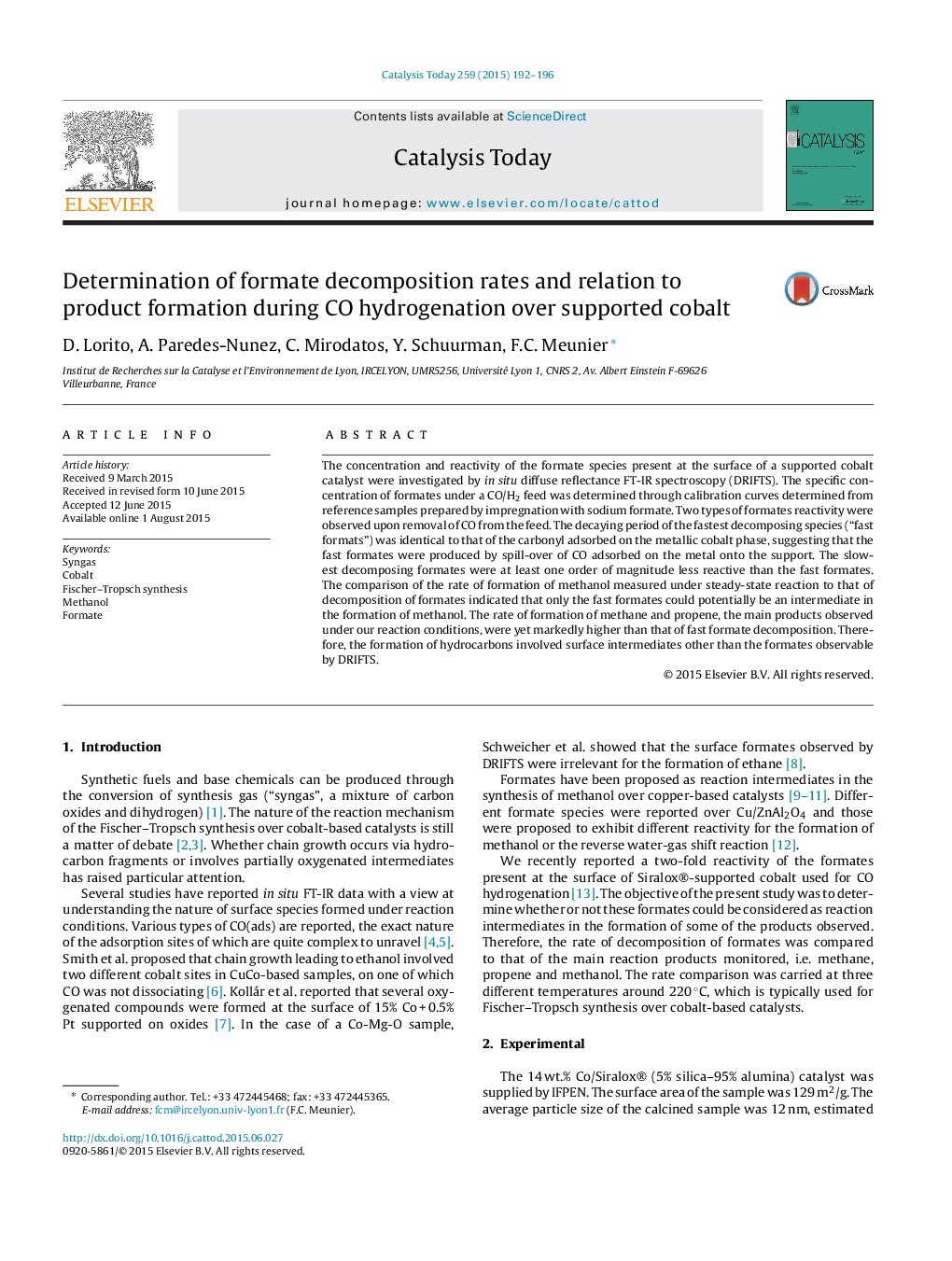 The concentration and reactivity of the formate species present at the surface of a supported cobalt catalyst were investigated by in situ diffuse reflectance FT-IR spectroscopy (DRIFTS). The specific concentration of formates under a CO/H2 feed was determined through calibration curves determined from reference samples prepared by impregnation with sodium formate. Two types of formates reactivity were observed upon removal of CO from the feed. The decaying period of the fastest decomposing species (“fast formats”) was identical to that of the carbonyl adsorbed on the metallic cobalt phase, suggesting that the fast formates were produced by spill-over of CO adsorbed on the metal onto the support. The slowest decomposing formates were at least one order of magnitude less reactive than the fast formates. The comparison of the rate of formation of methanol measured under steady-state reaction to that of decomposition of formates indicated that only the fast formates could potentially be an intermediate in the formation of methanol. The rate of formation of methane and propene, the main products observed under our reaction conditions, were yet markedly higher than that of fast formate decomposition. Therefore, the formation of hydrocarbons involved surface intermediates other than the formates observable by DRIFTS.