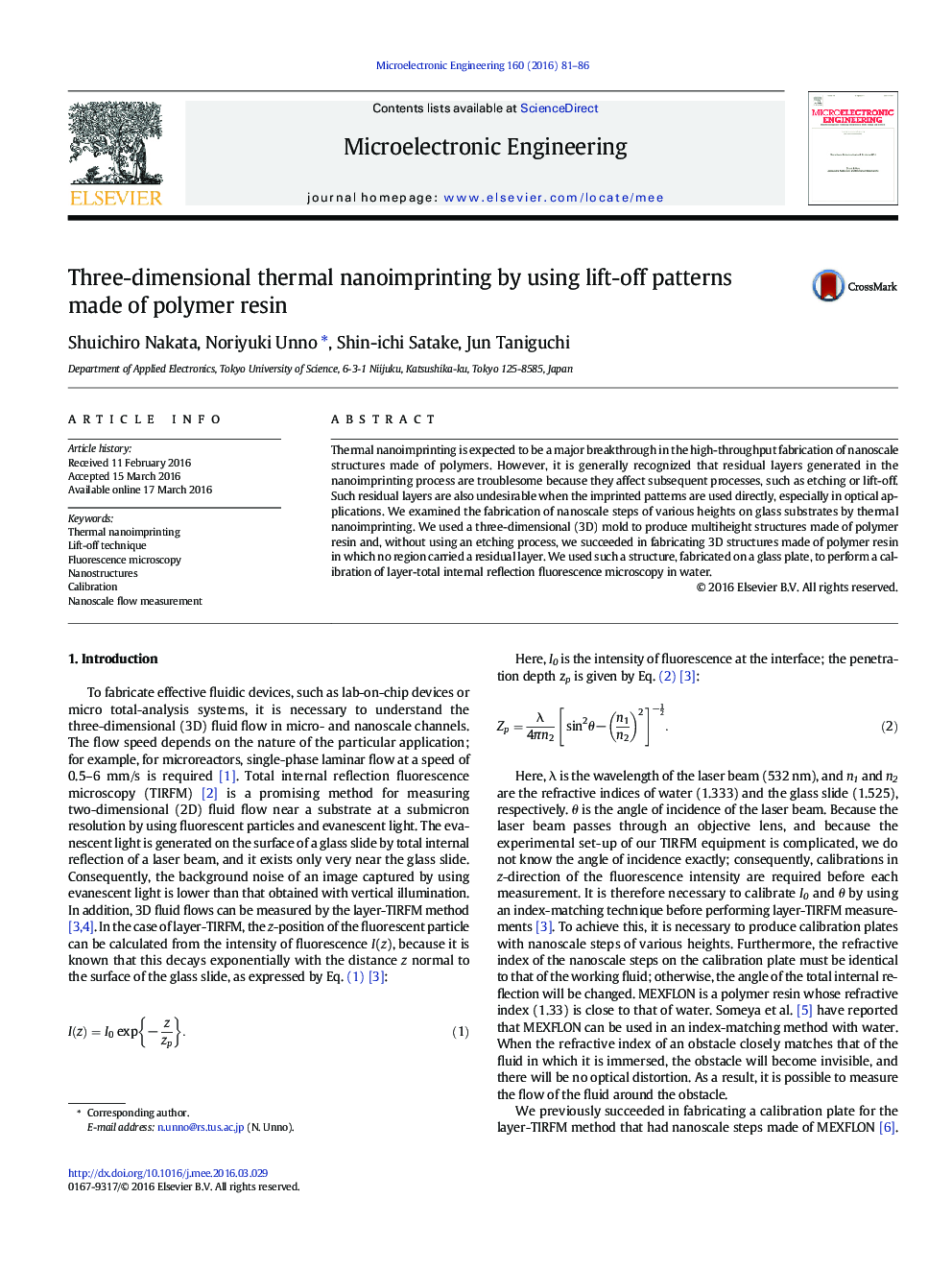 • We performed thermal nanoimprint with a 3D mold and the lift-off pattern.
• The etching process for the residual layer was able to be eliminated.
• Multi-height calibration of layer-TIRF method in water was achieved in one shot.

Thermal nanoimprinting is expected to be a major breakthrough in the high-throughput fabrication of nanoscale structures made of polymers. However, it is generally recognized that residual layers generated in the nanoimprinting process are troublesome because they affect subsequent processes, such as etching or lift-off. Such residual layers are also undesirable when the imprinted patterns are used directly, especially in optical applications. We examined the fabrication of nanoscale steps of various heights on glass substrates by thermal nanoimprinting. We used a three-dimensional (3D) mold to produce multiheight structures made of polymer resin and, without using an etching process, we succeeded in fabricating 3D structures made of polymer resin in which no region carried a residual layer. We used such a structure, fabricated on a glass plate, to perform a calibration of layer-total internal reflection fluorescence microscopy in water.