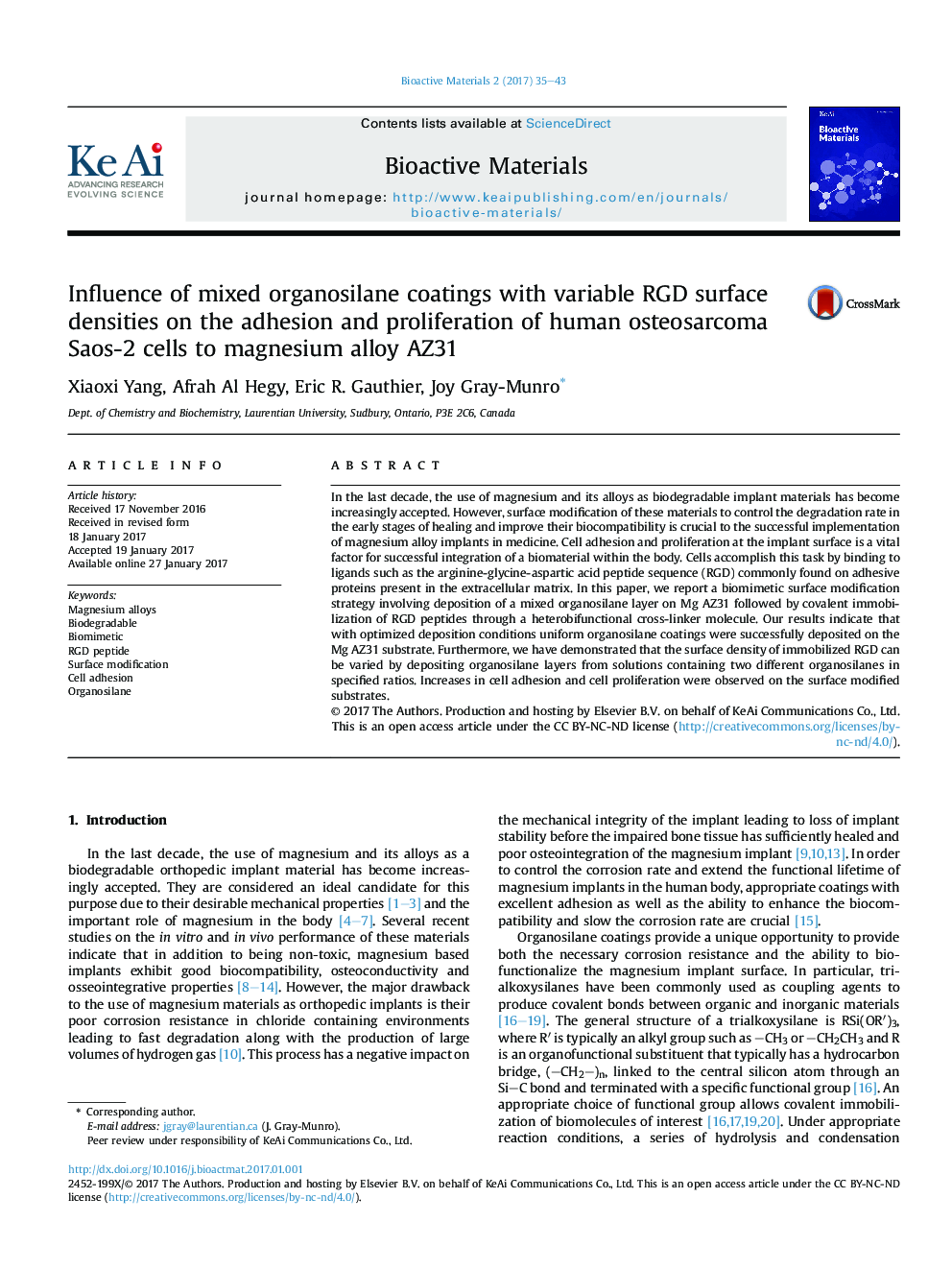 In the last decade, the use of magnesium and its alloys as biodegradable implant materials has become increasingly accepted. However, surface modification of these materials to control the degradation rate in the early stages of healing and improve their biocompatibility is crucial to the successful implementation of magnesium alloy implants in medicine. Cell adhesion and proliferation at the implant surface is a vital factor for successful integration of a biomaterial within the body. Cells accomplish this task by binding to ligands such as the arginine-glycine-aspartic acid peptide sequence (RGD) commonly found on adhesive proteins present in the extracellular matrix. In this paper, we report a biomimetic surface modification strategy involving deposition of a mixed organosilane layer on Mg AZ31 followed by covalent immobilization of RGD peptides through a heterobifunctional cross-linker molecule. Our results indicate that with optimized deposition conditions uniform organosilane coatings were successfully deposited on the Mg AZ31 substrate. Furthermore, we have demonstrated that the surface density of immobilized RGD can be varied by depositing organosilane layers from solutions containing two different organosilanes in specified ratios. Increases in cell adhesion and cell proliferation were observed on the surface modified substrates.