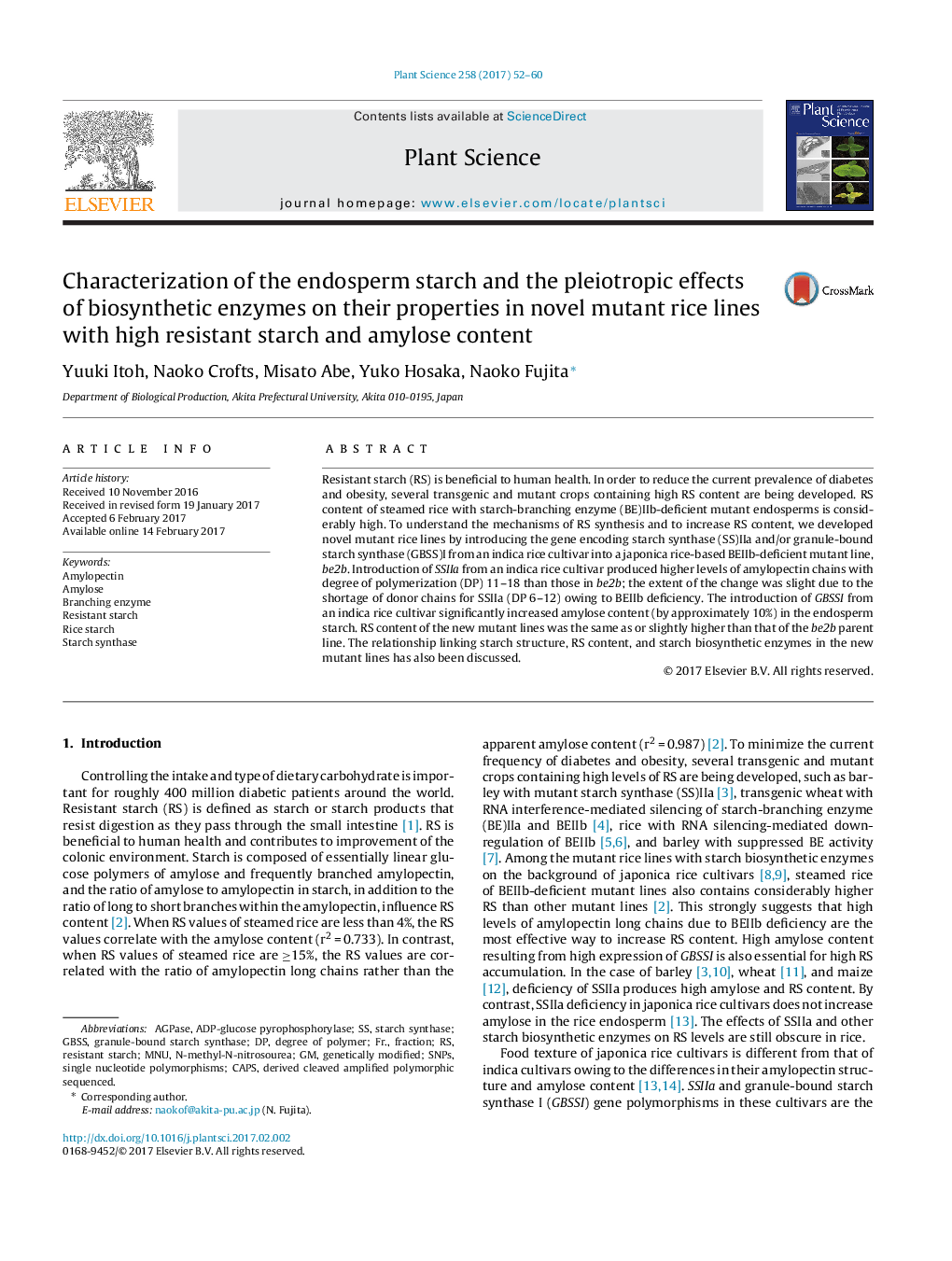 Resistant starch (RS) is beneficial to human health. In order to reduce the current prevalence of diabetes and obesity, several transgenic and mutant crops containing high RS content are being developed. RS content of steamed rice with starch-branching enzyme (BE)IIb-deficient mutant endosperms is considerably high. To understand the mechanisms of RS synthesis and to increase RS content, we developed novel mutant rice lines by introducing the gene encoding starch synthase (SS)IIa and/or granule-bound starch synthase (GBSS)I from an indica rice cultivar into a japonica rice-based BEIIb-deficient mutant line, be2b. Introduction of SSIIa from an indica rice cultivar produced higher levels of amylopectin chains with degree of polymerization (DP) 11-18 than those in be2b; the extent of the change was slight due to the shortage of donor chains for SSIIa (DP 6-12) owing to BEIIb deficiency. The introduction of GBSSI from an indica rice cultivar significantly increased amylose content (by approximately 10%) in the endosperm starch. RS content of the new mutant lines was the same as or slightly higher than that of the be2b parent line. The relationship linking starch structure, RS content, and starch biosynthetic enzymes in the new mutant lines has also been discussed.