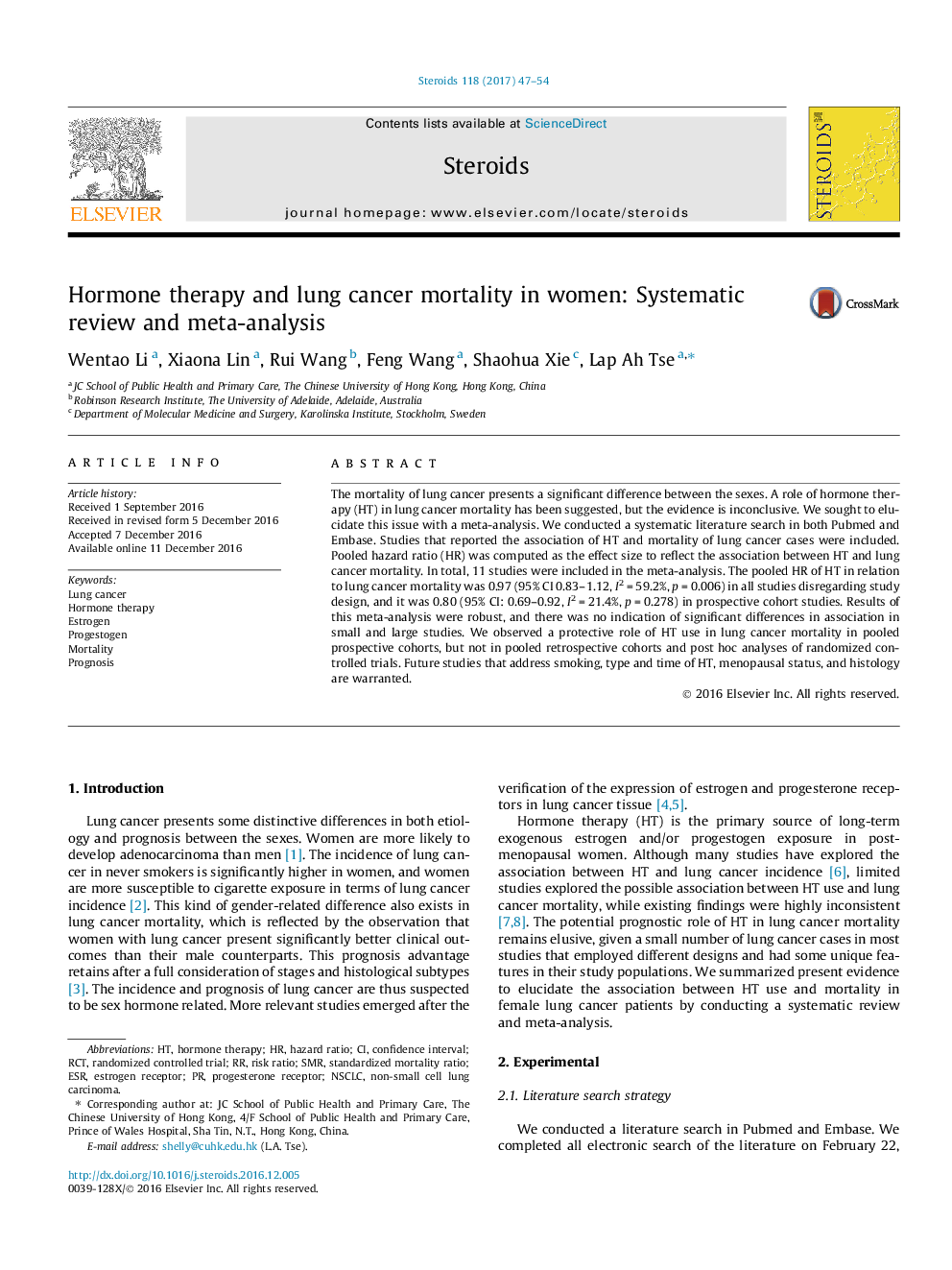 The mortality of lung cancer presents a significant difference between the sexes. A role of hormone therapy (HT) in lung cancer mortality has been suggested, but the evidence is inconclusive. We sought to elucidate this issue with a meta-analysis. We conducted a systematic literature search in both Pubmed and Embase. Studies that reported the association of HT and mortality of lung cancer cases were included. Pooled hazard ratio (HR) was computed as the effect size to reflect the association between HT and lung cancer mortality. In total, 11 studies were included in the meta-analysis. The pooled HR of HT in relation to lung cancer mortality was 0.97 (95% CI 0.83-1.12, I2Â =Â 59.2%, pÂ =Â 0.006) in all studies disregarding study design, and it was 0.80 (95% CI: 0.69-0.92, I2Â =Â 21.4%, pÂ =Â 0.278) in prospective cohort studies. Results of this meta-analysis were robust, and there was no indication of significant differences in association in small and large studies. We observed a protective role of HT use in lung cancer mortality in pooled prospective cohorts, but not in pooled retrospective cohorts and post hoc analyses of randomized controlled trials. Future studies that address smoking, type and time of HT, menopausal status, and histology are warranted.