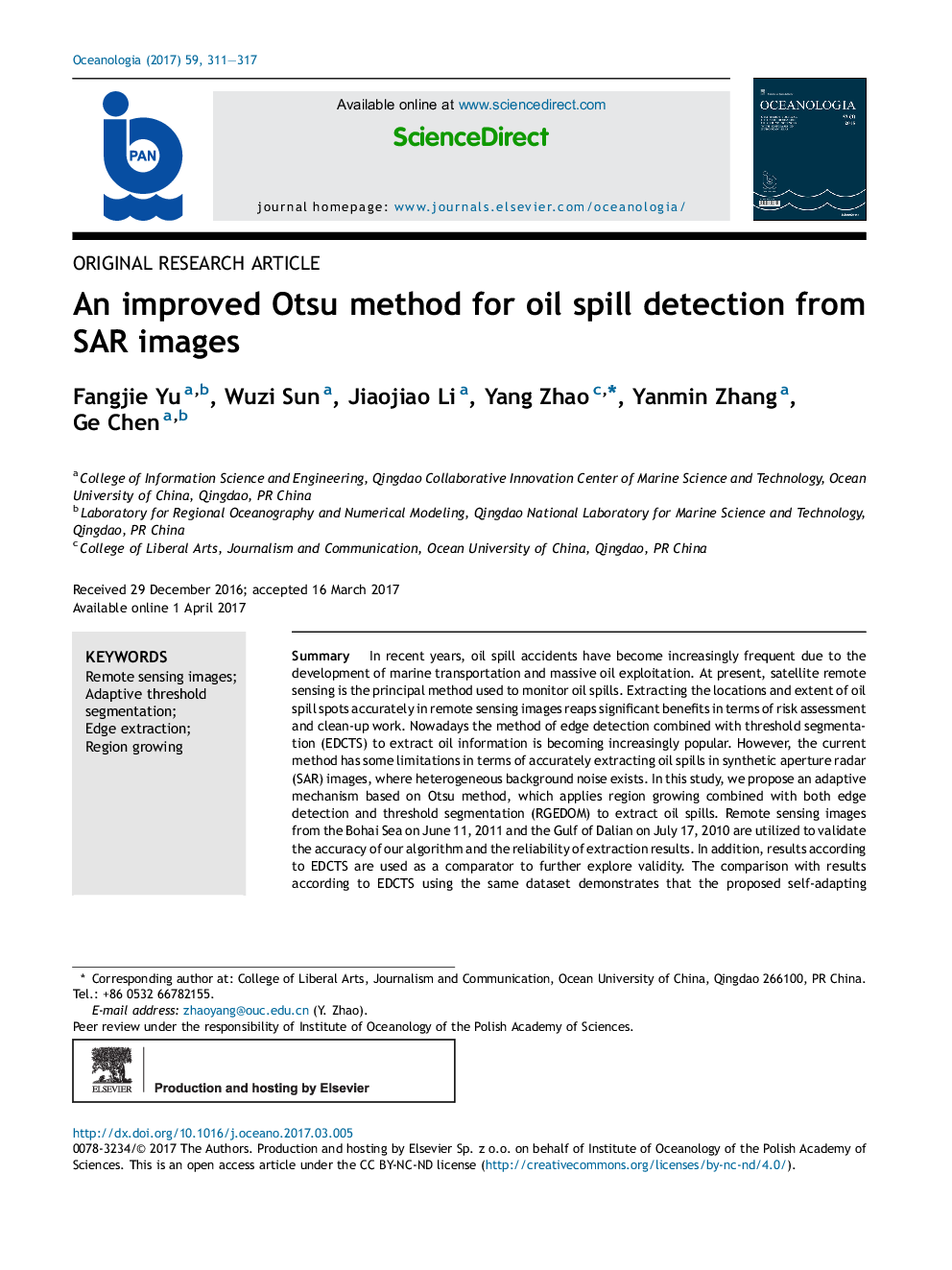 SummaryIn recent years, oil spill accidents have become increasingly frequent due to the development of marine transportation and massive oil exploitation. At present, satellite remote sensing is the principal method used to monitor oil spills. Extracting the locations and extent of oil spill spots accurately in remote sensing images reaps significant benefits in terms of risk assessment and clean-up work. Nowadays the method of edge detection combined with threshold segmentation (EDCTS) to extract oil information is becoming increasingly popular. However, the current method has some limitations in terms of accurately extracting oil spills in synthetic aperture radar (SAR) images, where heterogeneous background noise exists. In this study, we propose an adaptive mechanism based on Otsu method, which applies region growing combined with both edge detection and threshold segmentation (RGEDOM) to extract oil spills. Remote sensing images from the Bohai Sea on June 11, 2011 and the Gulf of Dalian on July 17, 2010 are utilized to validate the accuracy of our algorithm and the reliability of extraction results. In addition, results according to EDCTS are used as a comparator to further explore validity. The comparison with results according to EDCTS using the same dataset demonstrates that the proposed self-adapting algorithm is more robust and boasts high-accuracy. The accuracy computing by the adaptive algorithm is significantly improved compared with EDCTS and threshold method.