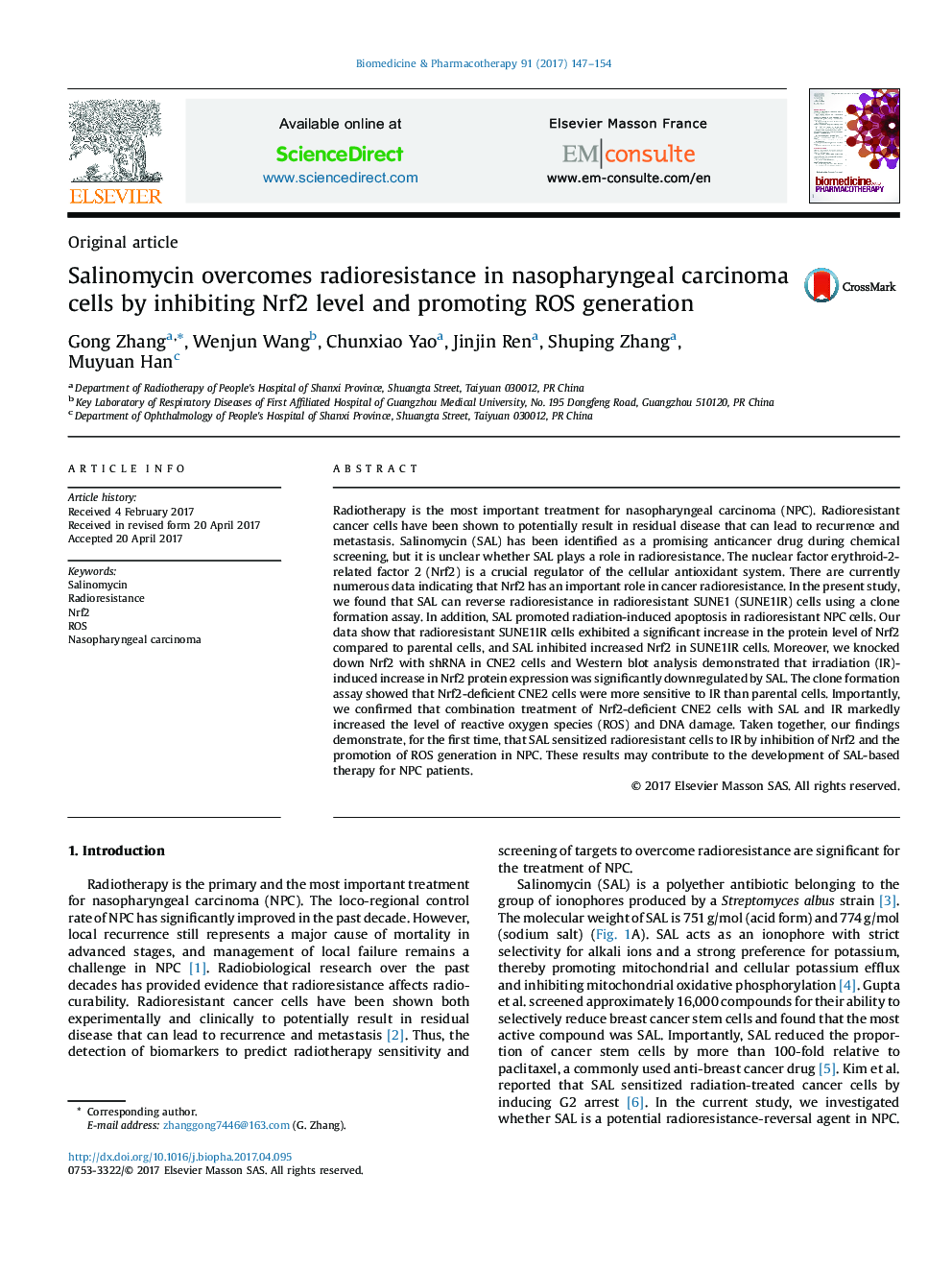 Radiotherapy is the most important treatment for nasopharyngeal carcinoma (NPC). Radioresistant cancer cells have been shown to potentially result in residual disease that can lead to recurrence and metastasis. Salinomycin (SAL) has been identified as a promising anticancer drug during chemical screening, but it is unclear whether SAL plays a role in radioresistance. The nuclear factor erythroid-2-related factor 2 (Nrf2) is a crucial regulator of the cellular antioxidant system. There are currently numerous data indicating that Nrf2 has an important role in cancer radioresistance. In the present study, we found that SAL can reverse radioresistance in radioresistant SUNE1 (SUNE1IR) cells using a clone formation assay. In addition, SAL promoted radiation-induced apoptosis in radioresistant NPC cells. Our data show that radioresistant SUNE1IR cells exhibited a significant increase in the protein level of Nrf2 compared to parental cells, and SAL inhibited increased Nrf2 in SUNE1IR cells. Moreover, we knocked down Nrf2 with shRNA in CNE2 cells and Western blot analysis demonstrated that irradiation (IR)-induced increase in Nrf2 protein expression was significantly downregulated by SAL. The clone formation assay showed that Nrf2-deficient CNE2 cells were more sensitive to IR than parental cells. Importantly, we confirmed that combination treatment of Nrf2-deficient CNE2 cells with SAL and IR markedly increased the level of reactive oxygen species (ROS) and DNA damage. Taken together, our findings demonstrate, for the first time, that SAL sensitized radioresistant cells to IR by inhibition of Nrf2 and the promotion of ROS generation in NPC. These results may contribute to the development of SAL-based therapy for NPC patients.