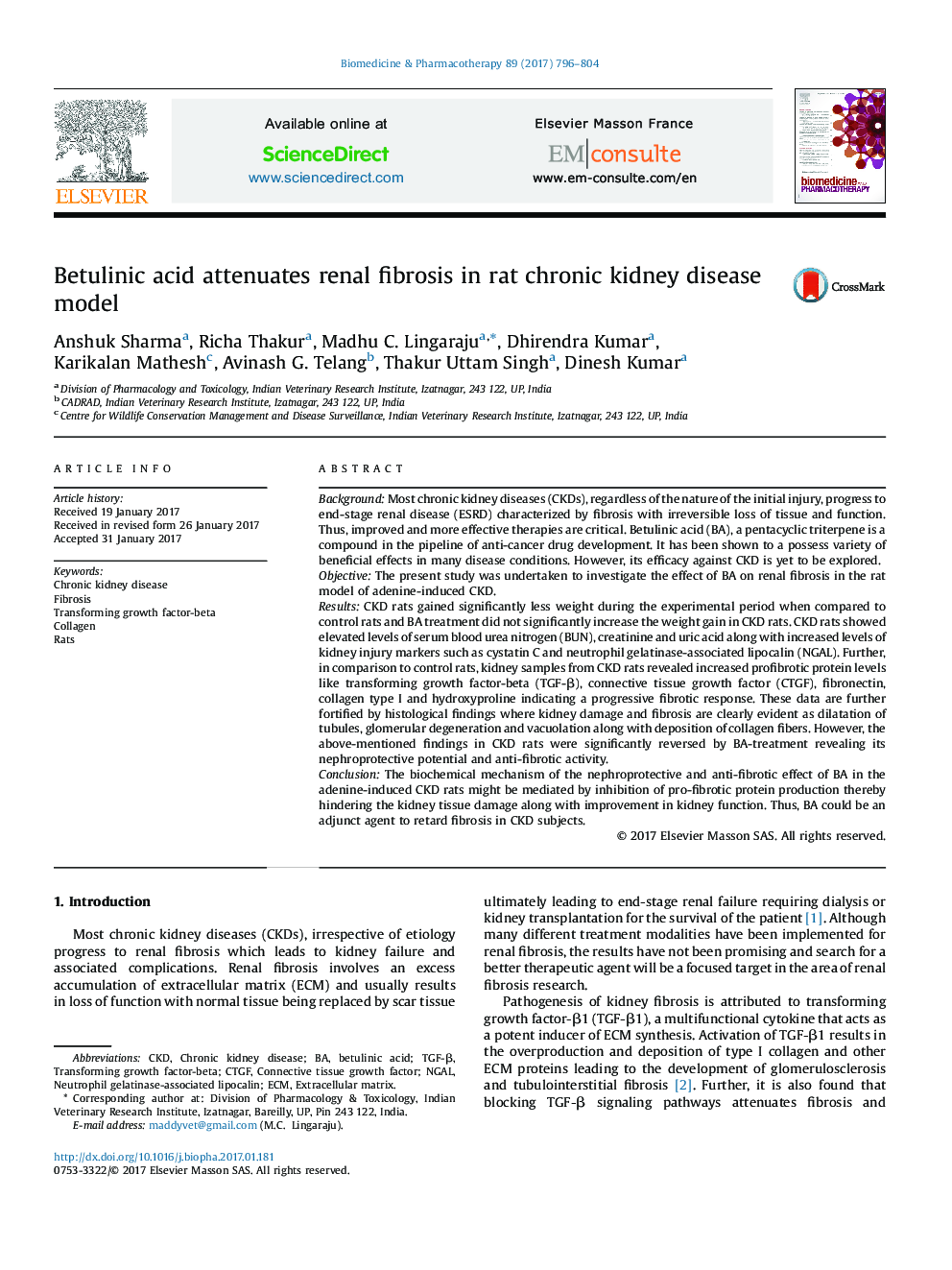 BackgroundMost chronic kidney diseases (CKDs), regardless of the nature of the initial injury, progress to end-stage renal disease (ESRD) characterized by fibrosis with irreversible loss of tissue and function. Thus, improved and more effective therapies are critical. Betulinic acid (BA), a pentacyclic triterpene is a compound in the pipeline of anti-cancer drug development. It has been shown to a possess variety of beneficial effects in many disease conditions. However, its efficacy against CKD is yet to be explored.ObjectiveThe present study was undertaken to investigate the effect of BA on renal fibrosis in the rat model of adenine-induced CKD.ResultsCKD rats gained significantly less weight during the experimental period when compared to control rats and BA treatment did not significantly increase the weight gain in CKD rats. CKD rats showed elevated levels of serum blood urea nitrogen (BUN), creatinine and uric acid along with increased levels of kidney injury markers such as cystatin C and neutrophil gelatinase-associated lipocalin (NGAL). Further, in comparison to control rats, kidney samples from CKD rats revealed increased profibrotic protein levels like transforming growth factor-beta (TGF-Î²), connective tissue growth factor (CTGF), fibronectin, collagen type I and hydroxyproline indicating a progressive fibrotic response. These data are further fortified by histological findings where kidney damage and fibrosis are clearly evident as dilatation of tubules, glomerular degeneration and vacuolation along with deposition of collagen fibers. However, the above-mentioned findings in CKD rats were significantly reversed by BA-treatment revealing its nephroprotective potential and anti-fibrotic activity.ConclusionThe biochemical mechanism of the nephroprotective and anti-fibrotic effect of BA in the adenine-induced CKD rats might be mediated by inhibition of pro-fibrotic protein production thereby hindering the kidney tissue damage along with improvement in kidney function. Thus, BA could be an adjunct agent to retard fibrosis in CKD subjects.