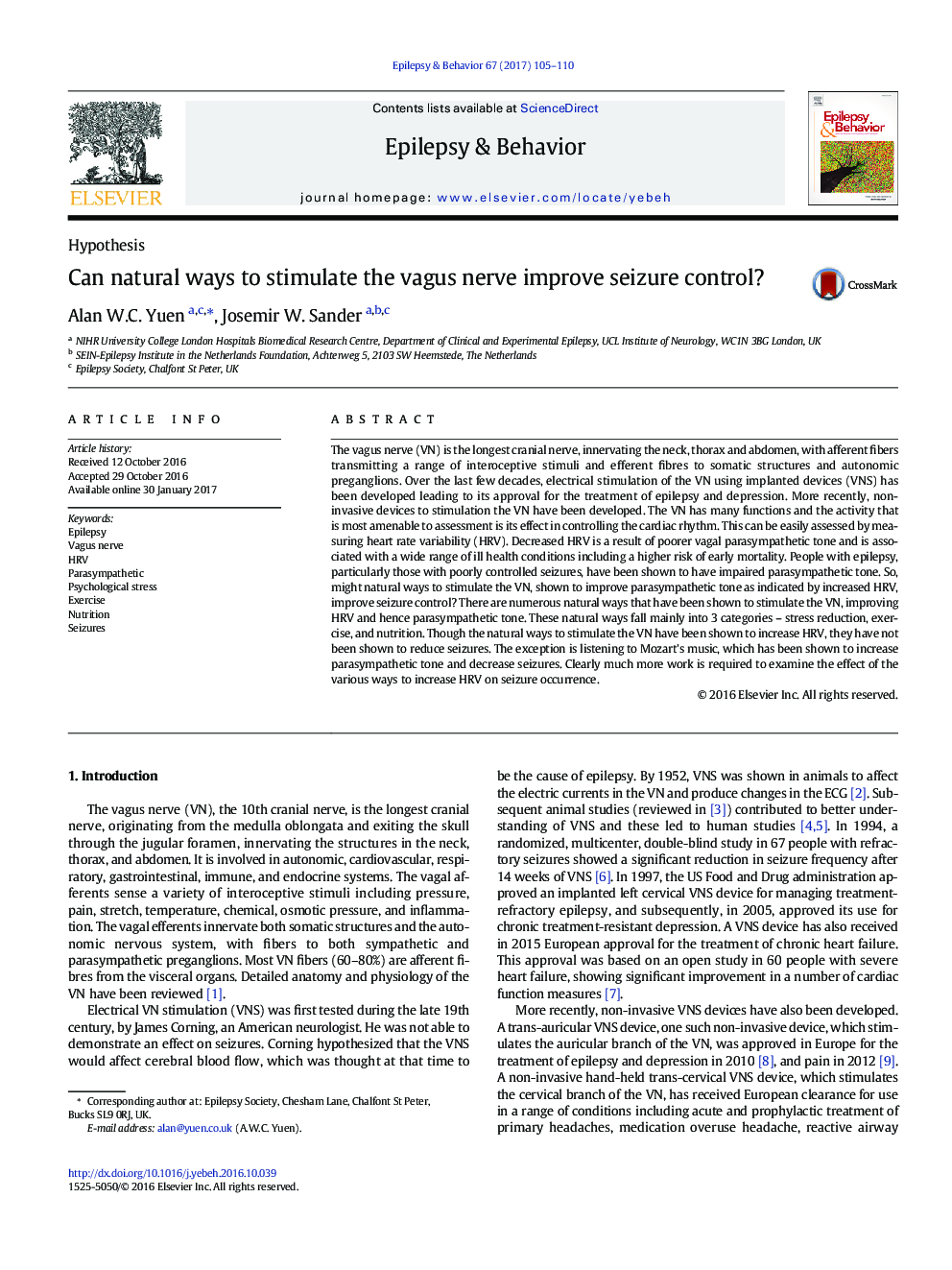 The vagus nerve (VN) is the longest cranial nerve, innervating the neck, thorax and abdomen, with afferent fibers transmitting a range of interoceptive stimuli and efferent fibres to somatic structures and autonomic preganglions. Over the last few decades, electrical stimulation of the VN using implanted devices (VNS) has been developed leading to its approval for the treatment of epilepsy and depression. More recently, non-invasive devices to stimulation the VN have been developed. The VN has many functions and the activity that is most amenable to assessment is its effect in controlling the cardiac rhythm. This can be easily assessed by measuring heart rate variability (HRV). Decreased HRV is a result of poorer vagal parasympathetic tone and is associated with a wide range of ill health conditions including a higher risk of early mortality. People with epilepsy, particularly those with poorly controlled seizures, have been shown to have impaired parasympathetic tone. So, might natural ways to stimulate the VN, shown to improve parasympathetic tone as indicated by increased HRV, improve seizure control? There are numerous natural ways that have been shown to stimulate the VN, improving HRV and hence parasympathetic tone. These natural ways fall mainly into 3 categories - stress reduction, exercise, and nutrition. Though the natural ways to stimulate the VN have been shown to increase HRV, they have not been shown to reduce seizures. The exception is listening to Mozart's music, which has been shown to increase parasympathetic tone and decrease seizures. Clearly much more work is required to examine the effect of the various ways to increase HRV on seizure occurrence.