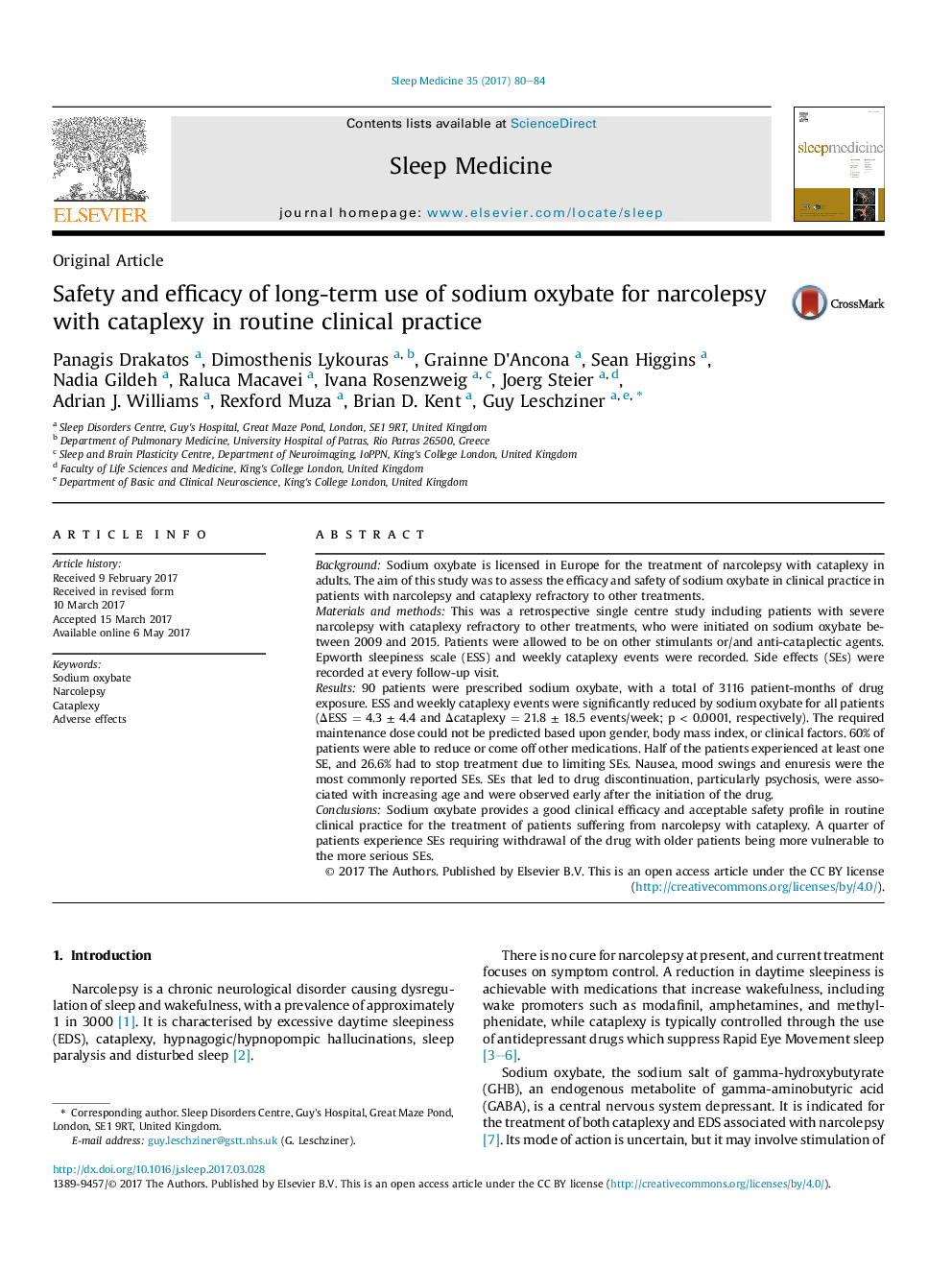 BackgroundSodium oxybate is licensed in Europe for the treatment of narcolepsy with cataplexy in adults. The aim of this study was to assess the efficacy and safety of sodium oxybate in clinical practice in patients with narcolepsy and cataplexy refractory to other treatments.Materials and methodsThis was a retrospective single centre study including patients with severe narcolepsy with cataplexy refractory to other treatments, who were initiated on sodium oxybate between 2009 and 2015. Patients were allowed to be on other stimulants or/and anti-cataplectic agents. Epworth sleepiness scale (ESS) and weekly cataplexy events were recorded. Side effects (SEs) were recorded at every follow-up visit.Results90 patients were prescribed sodium oxybate, with a total of 3116 patient-months of drug exposure. ESS and weekly cataplexy events were significantly reduced by sodium oxybate for all patients (ÎESSÂ =Â 4.3Â Â±Â 4.4 and ÎcataplexyÂ =Â 21.8Â Â±Â 18.5 events/week; pÂ <Â 0.0001, respectively). The required maintenance dose could not be predicted based upon gender, body mass index, or clinical factors. 60% of patients were able to reduce or come off other medications. Half of the patients experienced at least one SE, and 26.6% had to stop treatment due to limiting SEs. Nausea, mood swings and enuresis were the most commonly reported SEs. SEs that led to drug discontinuation, particularly psychosis, were associated with increasing age and were observed early after the initiation of the drug.ConclusionsSodium oxybate provides a good clinical efficacy and acceptable safety profile in routine clinical practice for the treatment of patients suffering from narcolepsy with cataplexy. A quarter of patients experience SEs requiring withdrawal of the drug with older patients being more vulnerable to the more serious SEs.