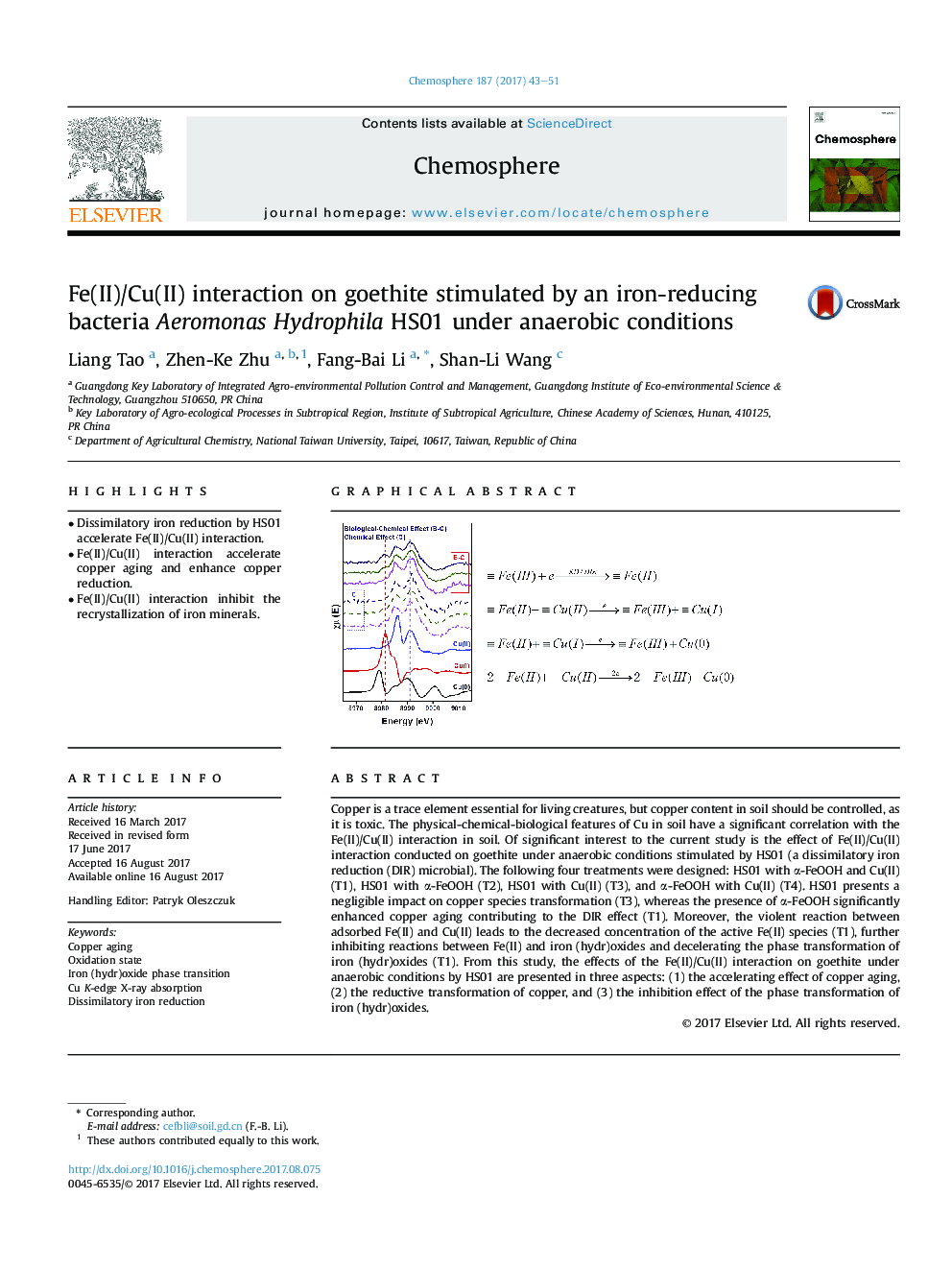 Copper is a trace element essential for living creatures, but copper content in soil should be controlled, as it is toxic. The physical-chemical-biological features of Cu in soil have a significant correlation with the Fe(II)/Cu(II) interaction in soil. Of significant interest to the current study is the effect of Fe(II)/Cu(II) interaction conducted on goethite under anaerobic conditions stimulated by HS01 (a dissimilatory iron reduction (DIR) microbial). The following four treatments were designed: HS01 with Î±-FeOOH and Cu(II) (T1), HS01 with Î±-FeOOH (T2), HS01 with Cu(II) (T3), and Î±-FeOOH with Cu(II) (T4). HS01 presents a negligible impact on copper species transformation (T3), whereas the presence of Î±-FeOOH significantly enhanced copper aging contributing to the DIR effect (T1). Moreover, the violent reaction between adsorbed Fe(II) and Cu(II) leads to the decreased concentration of the active Fe(II) species (T1), further inhibiting reactions between Fe(II) and iron (hydr)oxides and decelerating the phase transformation of iron (hydr)oxides (T1). From this study, the effects of the Fe(II)/Cu(II) interaction on goethite under anaerobic conditions by HS01 are presented in three aspects: (1) the accelerating effect of copper aging, (2) the reductive transformation of copper, and (3) the inhibition effect of the phase transformation of iron (hydr)oxides.