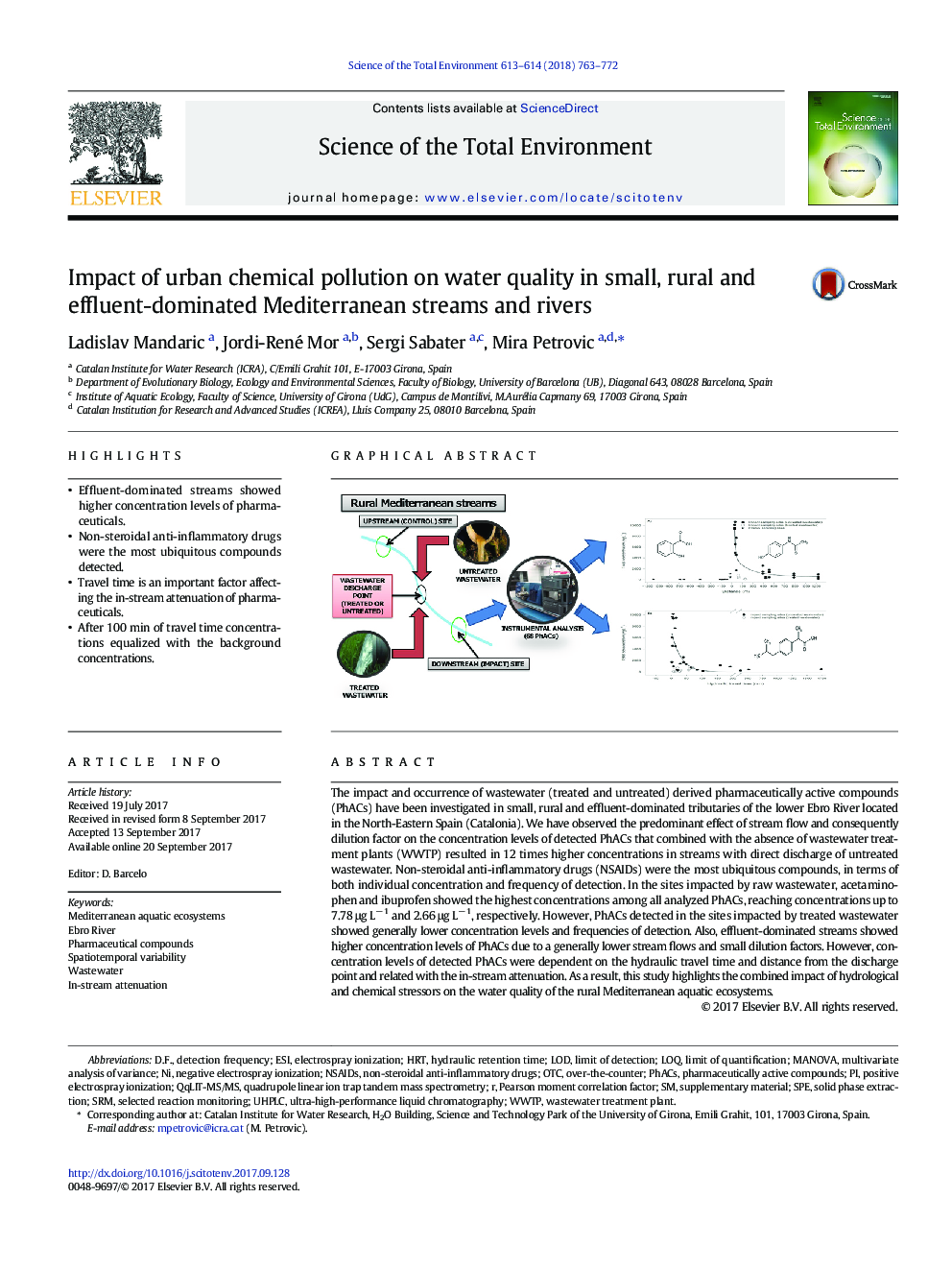 The impact and occurrence of wastewater (treated and untreated) derived pharmaceutically active compounds (PhACs) have been investigated in small, rural and effluent-dominated tributaries of the lower Ebro River located in the North-Eastern Spain (Catalonia). We have observed the predominant effect of stream flow and consequently dilution factor on the concentration levels of detected PhACs that combined with the absence of wastewater treatment plants (WWTP) resulted in 12 times higher concentrations in streams with direct discharge of untreated wastewater. Non-steroidal anti-inflammatory drugs (NSAIDs) were the most ubiquitous compounds, in terms of both individual concentration and frequency of detection. In the sites impacted by raw wastewater, acetaminophen and ibuprofen showed the highest concentrations among all analyzed PhACs, reaching concentrations up to 7.78Â Î¼gÂ LâÂ 1 and 2.66Â Î¼gÂ LâÂ 1, respectively. However, PhACs detected in the sites impacted by treated wastewater showed generally lower concentration levels and frequencies of detection. Also, effluent-dominated streams showed higher concentration levels of PhACs due to a generally lower stream flows and small dilution factors. However, concentration levels of detected PhACs were dependent on the hydraulic travel time and distance from the discharge point and related with the in-stream attenuation. As a result, this study highlights the combined impact of hydrological and chemical stressors on the water quality of the rural Mediterranean aquatic ecosystems.