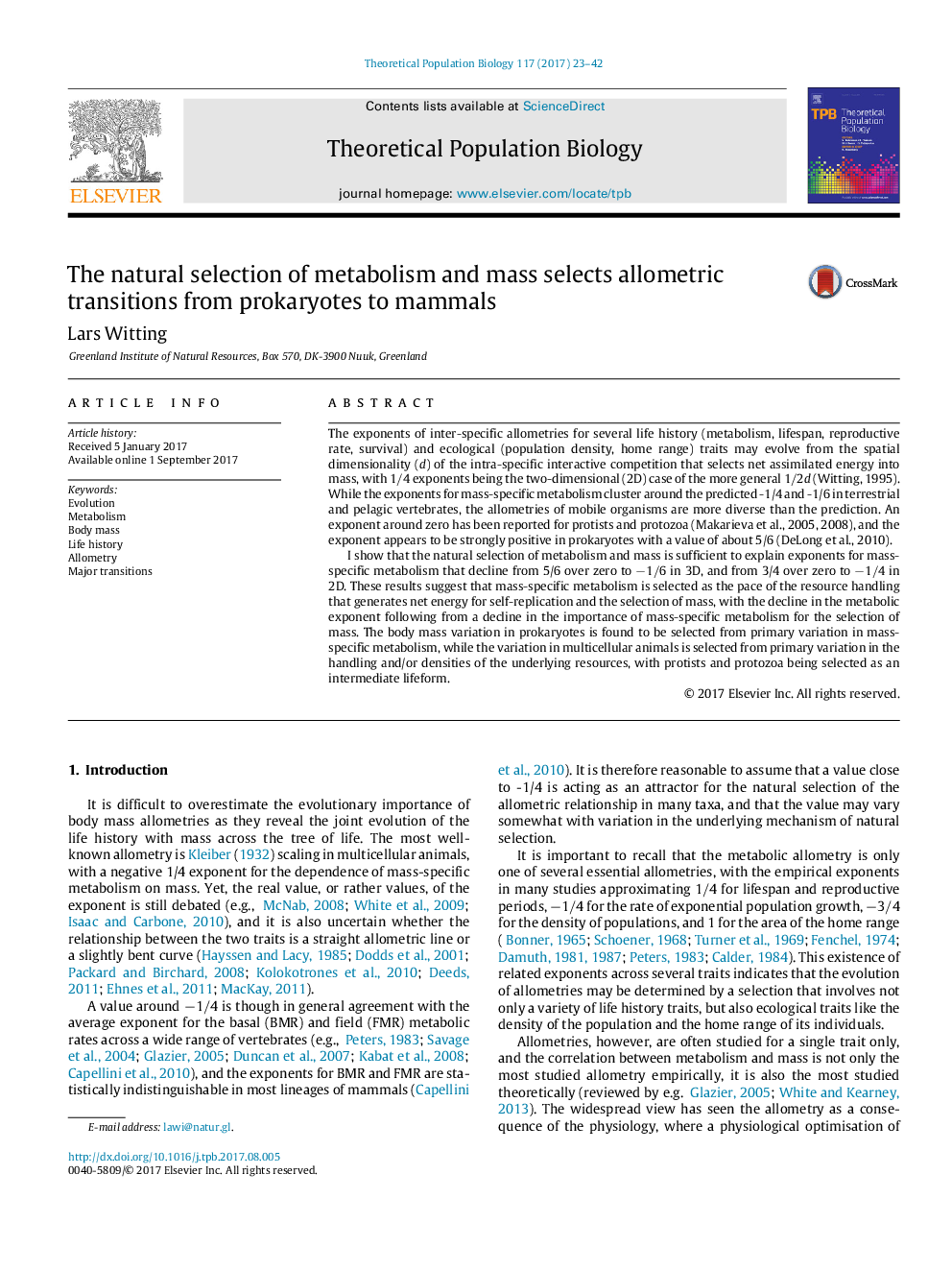 The exponents of inter-specific allometries for several life history (metabolism, lifespan, reproductive rate, survival) and ecological (population density, home range) traits may evolve from the spatial dimensionality (d) of the intra-specific interactive competition that selects net assimilated energy into mass, with 1â4 exponents being the two-dimensional (2D) case of the more general 1â2d (Witting, 1995). While the exponents for mass-specific metabolism cluster around the predicted -1/4 and -1/6 in terrestrial and pelagic vertebrates, the allometries of mobile organisms are more diverse than the prediction. An exponent around zero has been reported for protists and protozoa (Makarieva etÂ al., 2005, 2008), and the exponent appears to be strongly positive in prokaryotes with a value of about 5/6 (DeLong etÂ al., 2010).I show that the natural selection of metabolism and mass is sufficient to explain exponents for mass-specific metabolism that decline from 5/6 over zero to â1â6 in 3D, and from 3/4 over zero to â1â4 in 2D. These results suggest that mass-specific metabolism is selected as the pace of the resource handling that generates net energy for self-replication and the selection of mass, with the decline in the metabolic exponent following from a decline in the importance of mass-specific metabolism for the selection of mass. The body mass variation in prokaryotes is found to be selected from primary variation in mass-specific metabolism, while the variation in multicellular animals is selected from primary variation in the handling and/or densities of the underlying resources, with protists and protozoa being selected as an intermediate lifeform.