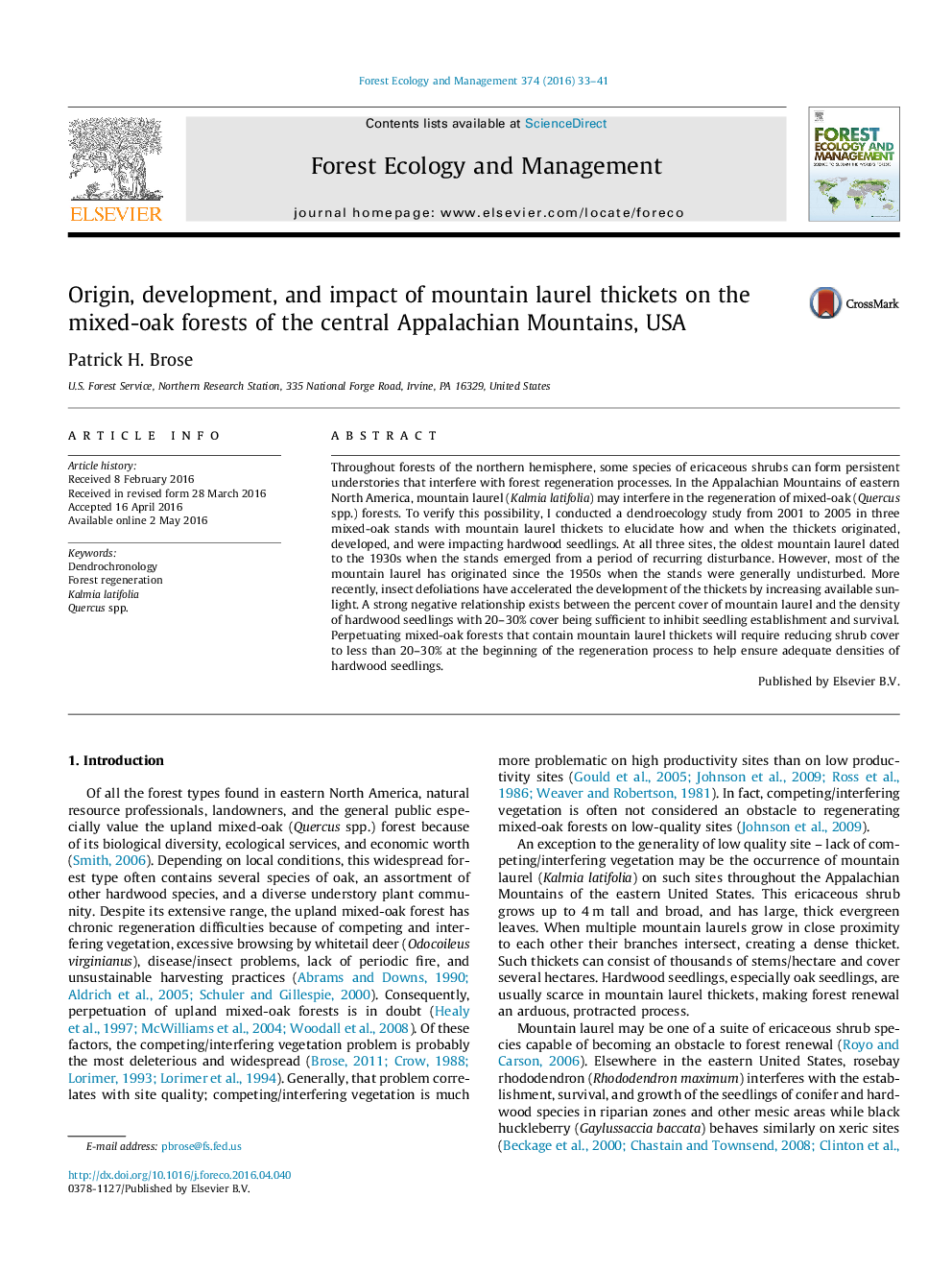 • Mountain laurel thickets have originated and developed since the 1950s.
• They have become an obstacle to regenerating oak forests on xeric sites.
• Their coverage must be reduced to 20–30% to spur oak regeneration.

Throughout forests of the northern hemisphere, some species of ericaceous shrubs can form persistent understories that interfere with forest regeneration processes. In the Appalachian Mountains of eastern North America, mountain laurel (Kalmia latifolia) may interfere in the regeneration of mixed-oak (Quercus spp.) forests. To verify this possibility, I conducted a dendroecology study from 2001 to 2005 in three mixed-oak stands with mountain laurel thickets to elucidate how and when the thickets originated, developed, and were impacting hardwood seedlings. At all three sites, the oldest mountain laurel dated to the 1930s when the stands emerged from a period of recurring disturbance. However, most of the mountain laurel has originated since the 1950s when the stands were generally undisturbed. More recently, insect defoliations have accelerated the development of the thickets by increasing available sunlight. A strong negative relationship exists between the percent cover of mountain laurel and the density of hardwood seedlings with 20–30% cover being sufficient to inhibit seedling establishment and survival. Perpetuating mixed-oak forests that contain mountain laurel thickets will require reducing shrub cover to less than 20–30% at the beginning of the regeneration process to help ensure adequate densities of hardwood seedlings.