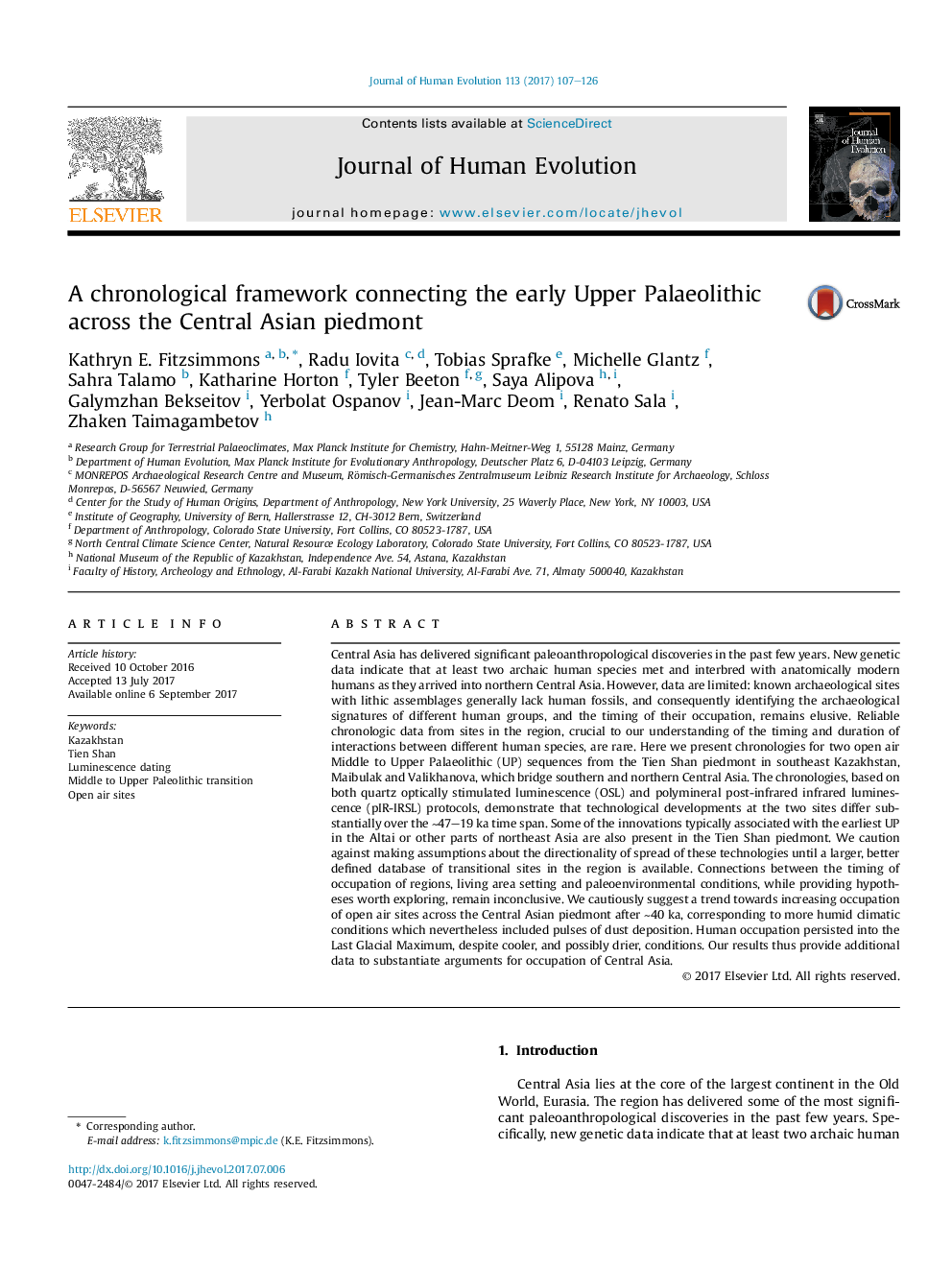 Central Asia has delivered significant paleoanthropological discoveries in the past few years. New genetic data indicate that at least two archaic human species met and interbred with anatomically modern humans as they arrived into northern Central Asia. However, data are limited: known archaeological sites with lithic assemblages generally lack human fossils, and consequently identifying the archaeological signatures of different human groups, and the timing of their occupation, remains elusive. Reliable chronologic data from sites in the region, crucial to our understanding of the timing and duration of interactions between different human species, are rare. Here we present chronologies for two open air Middle to Upper Palaeolithic (UP) sequences from the Tien Shan piedmont in southeast Kazakhstan, Maibulak and Valikhanova, which bridge southern and northern Central Asia. The chronologies, based on both quartz optically stimulated luminescence (OSL) and polymineral post-infrared infrared luminescence (pIR-IRSL) protocols, demonstrate that technological developments at the two sites differ substantially over the â¼47-19 ka time span. Some of the innovations typically associated with the earliest UP in the Altai or other parts of northeast Asia are also present in the Tien Shan piedmont. We caution against making assumptions about the directionality of spread of these technologies until a larger, better defined database of transitional sites in the region is available. Connections between the timing of occupation of regions, living area setting and paleoenvironmental conditions, while providing hypotheses worth exploring, remain inconclusive. We cautiously suggest a trend towards increasing occupation of open air sites across the Central Asian piedmont after â¼40 ka, corresponding to more humid climatic conditions which nevertheless included pulses of dust deposition. Human occupation persisted into the Last Glacial Maximum, despite cooler, and possibly drier, conditions. Our results thus provide additional data to substantiate arguments for occupation of Central Asia.