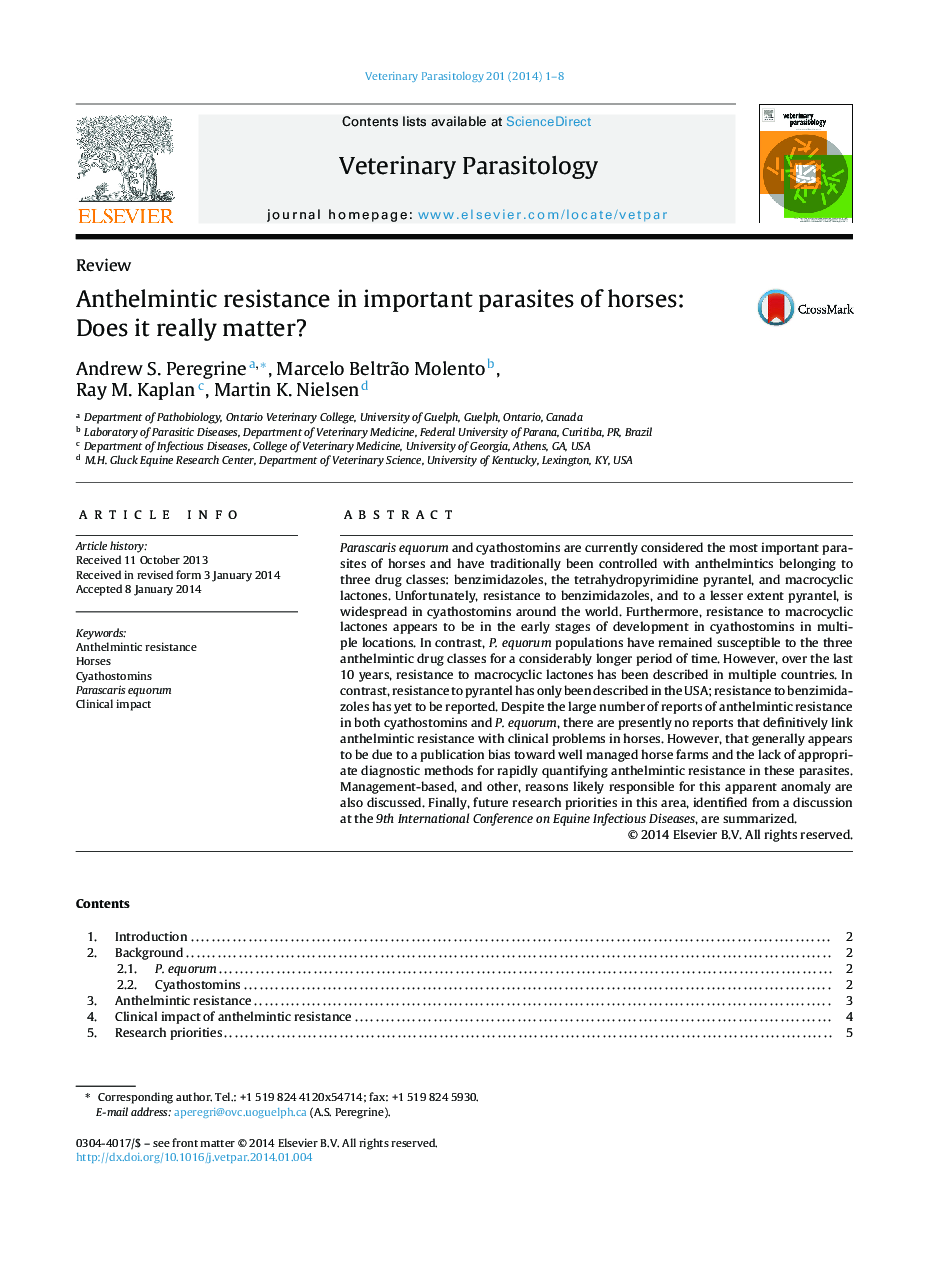 Parascaris equorum and cyathostomins are currently considered the most important parasites of horses and have traditionally been controlled with anthelmintics belonging to three drug classes: benzimidazoles, the tetrahydropyrimidine pyrantel, and macrocyclic lactones. Unfortunately, resistance to benzimidazoles, and to a lesser extent pyrantel, is widespread in cyathostomins around the world. Furthermore, resistance to macrocyclic lactones appears to be in the early stages of development in cyathostomins in multiple locations. In contrast, P. equorum populations have remained susceptible to the three anthelmintic drug classes for a considerably longer period of time. However, over the last 10 years, resistance to macrocyclic lactones has been described in multiple countries. In contrast, resistance to pyrantel has only been described in the USA; resistance to benzimidazoles has yet to be reported. Despite the large number of reports of anthelmintic resistance in both cyathostomins and P. equorum, there are presently no reports that definitively link anthelmintic resistance with clinical problems in horses. However, that generally appears to be due to a publication bias toward well managed horse farms and the lack of appropriate diagnostic methods for rapidly quantifying anthelmintic resistance in these parasites. Management-based, and other, reasons likely responsible for this apparent anomaly are also discussed. Finally, future research priorities in this area, identified from a discussion at the 9th International Conference on Equine Infectious Diseases, are summarized.