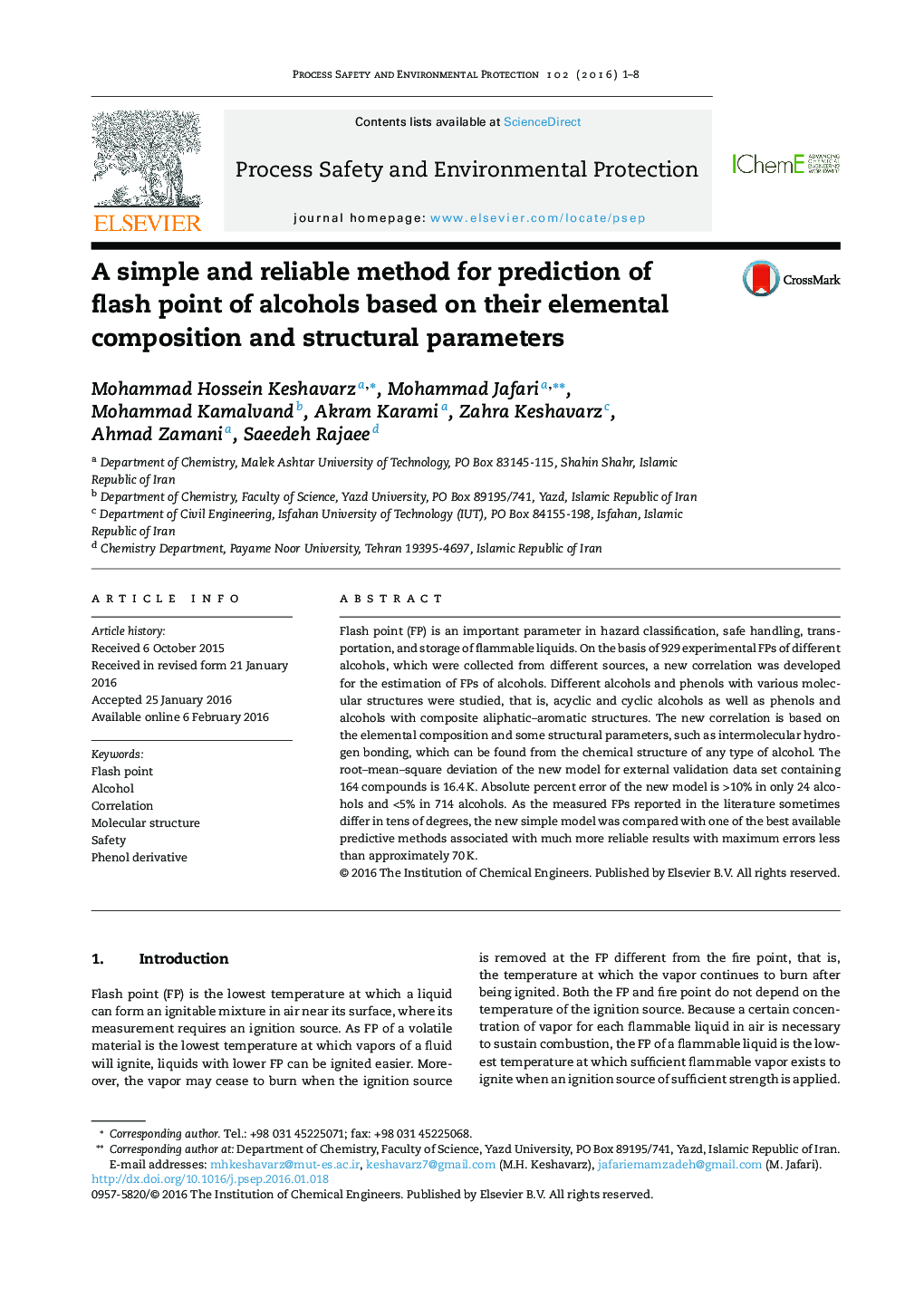 • A new approach was proposed for predicting the flash point of alcohols.
• A large data set of alcohols containing 929 data points was used.
• The new model is based on elemental composition, hydrogen bonding, and some fragments.
• Different validation methods prove high reliability of the new method.

Flash point (FP) is an important parameter in hazard classification, safe handling, transportation, and storage of flammable liquids. On the basis of 929 experimental FPs of different alcohols, which were collected from different sources, a new correlation was developed for the estimation of FPs of alcohols. Different alcohols and phenols with various molecular structures were studied, that is, acyclic and cyclic alcohols as well as phenols and alcohols with composite aliphatic–aromatic structures. The new correlation is based on the elemental composition and some structural parameters, such as intermolecular hydrogen bonding, which can be found from the chemical structure of any type of alcohol. The root–mean–square deviation of the new model for external validation data set containing 164 compounds is 16.4 K. Absolute percent error of the new model is >10% in only 24 alcohols and <5% in 714 alcohols. As the measured FPs reported in the literature sometimes differ in tens of degrees, the new simple model was compared with one of the best available predictive methods associated with much more reliable results with maximum errors less than approximately 70 K.