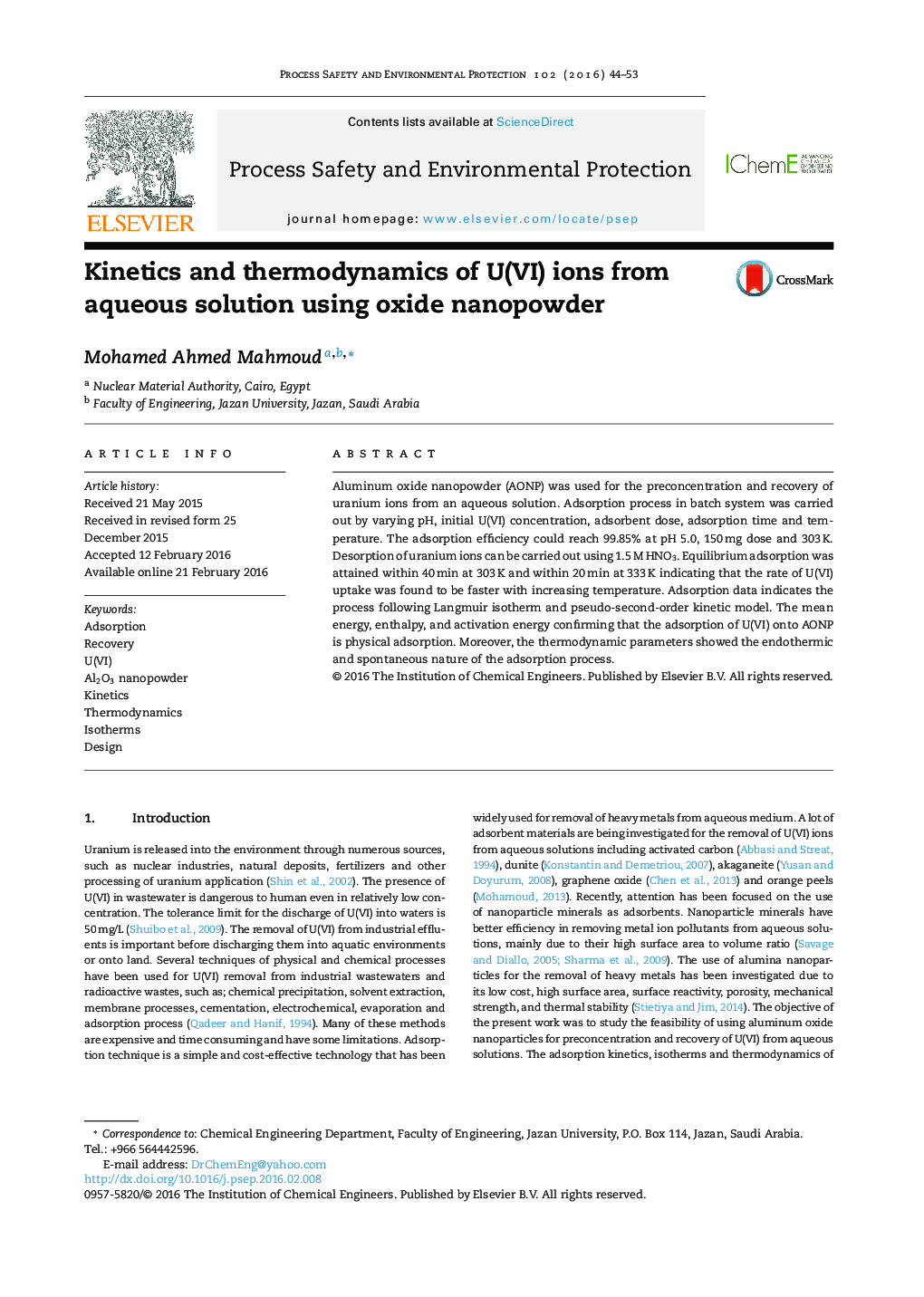 Aluminum oxide nanopowder (AONP) was used for the preconcentration and recovery of uranium ions from an aqueous solution. Adsorption process in batch system was carried out by varying pH, initial U(VI) concentration, adsorbent dose, adsorption time and temperature. The adsorption efficiency could reach 99.85% at pH 5.0, 150 mg dose and 303 K. Desorption of uranium ions can be carried out using 1.5 M HNO3. Equilibrium adsorption was attained within 40 min at 303 K and within 20 min at 333 K indicating that the rate of U(VI) uptake was found to be faster with increasing temperature. Adsorption data indicates the process following Langmuir isotherm and pseudo-second-order kinetic model. The mean energy, enthalpy, and activation energy confirming that the adsorption of U(VI) onto AONP is physical adsorption. Moreover, the thermodynamic parameters showed the endothermic and spontaneous nature of the adsorption process.