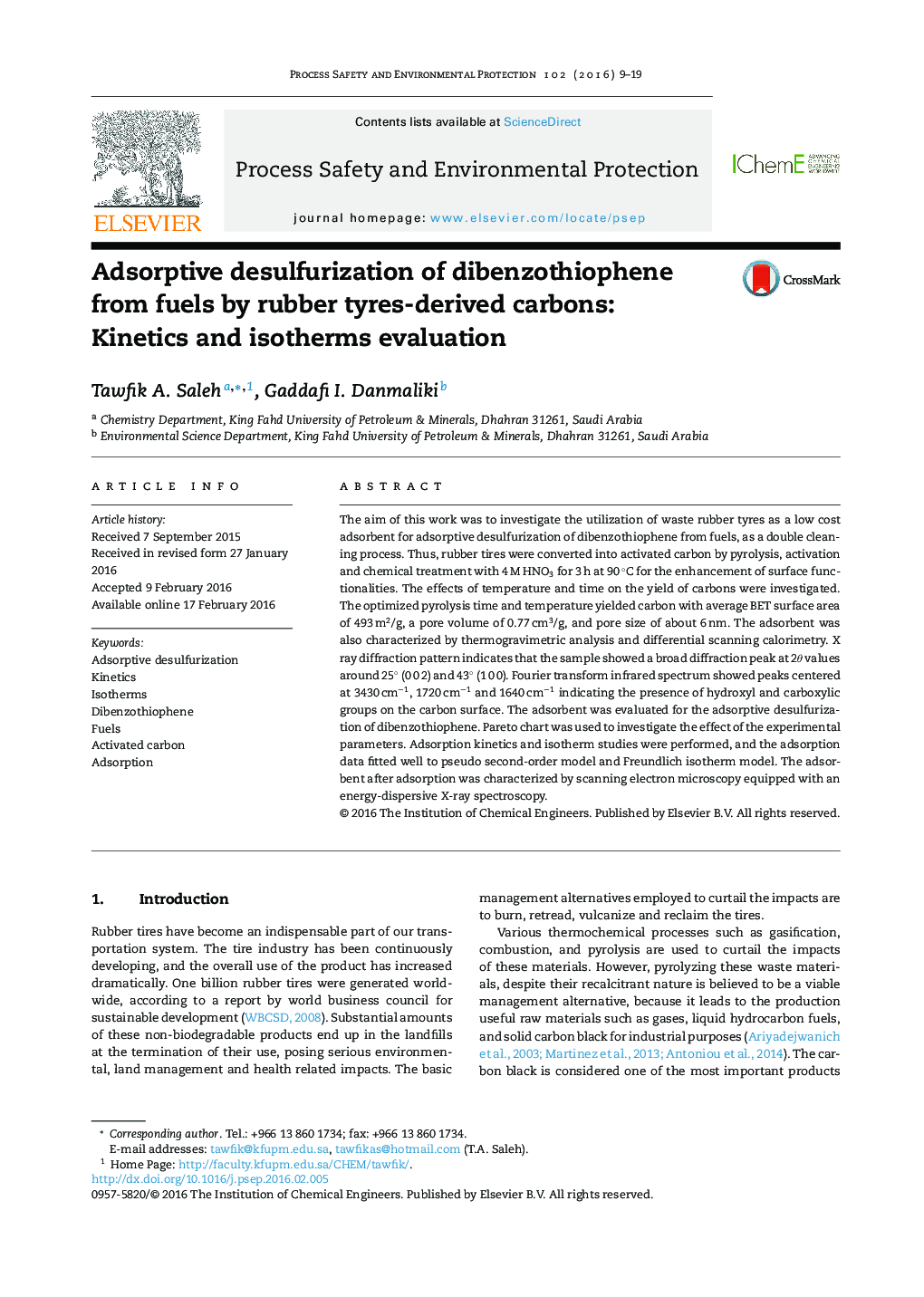 The aim of this work was to investigate the utilization of waste rubber tyres as a low cost adsorbent for adsorptive desulfurization of dibenzothiophene from fuels, as a double cleaning process. Thus, rubber tires were converted into activated carbon by pyrolysis, activation and chemical treatment with 4 M HNO3 for 3 h at 90 °C for the enhancement of surface functionalities. The effects of temperature and time on the yield of carbons were investigated. The optimized pyrolysis time and temperature yielded carbon with average BET surface area of 493 m2/g, a pore volume of 0.77 cm3/g, and pore size of about 6 nm. The adsorbent was also characterized by thermogravimetric analysis and differential scanning calorimetry. X ray diffraction pattern indicates that the sample showed a broad diffraction peak at 2θ values around 25° (0 0 2) and 43° (1 0 0). Fourier transform infrared spectrum showed peaks centered at 3430 cm−1, 1720 cm−1 and 1640 cm−1 indicating the presence of hydroxyl and carboxylic groups on the carbon surface. The adsorbent was evaluated for the adsorptive desulfurization of dibenzothiophene. Pareto chart was used to investigate the effect of the experimental parameters. Adsorption kinetics and isotherm studies were performed, and the adsorption data fitted well to pseudo second-order model and Freundlich isotherm model. The adsorbent after adsorption was characterized by scanning electron microscopy equipped with an energy-dispersive X-ray spectroscopy.