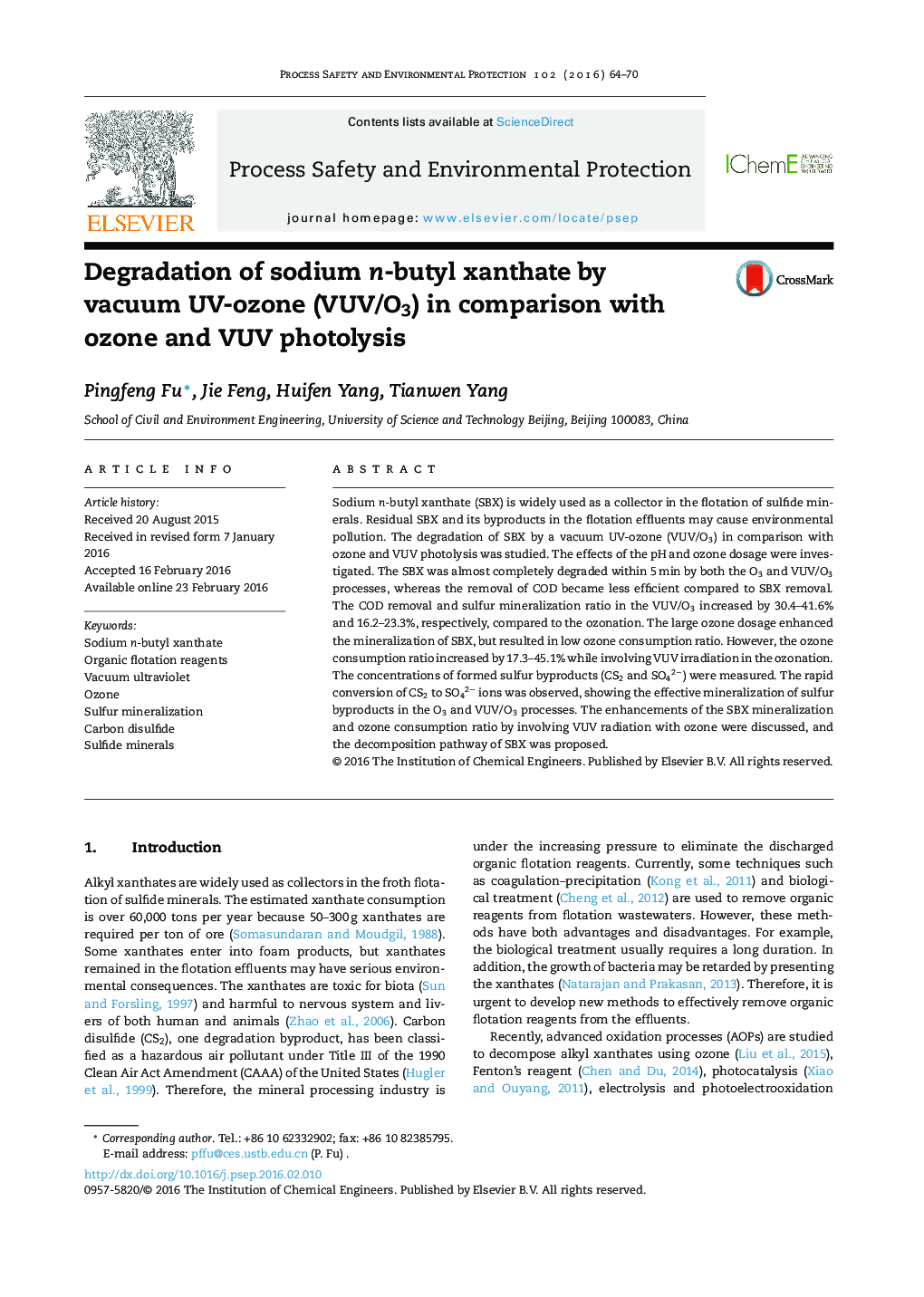 Sodium n-butyl xanthate (SBX) is widely used as a collector in the flotation of sulfide minerals. Residual SBX and its byproducts in the flotation effluents may cause environmental pollution. The degradation of SBX by a vacuum UV-ozone (VUV/O3) in comparison with ozone and VUV photolysis was studied. The effects of the pH and ozone dosage were investigated. The SBX was almost completely degraded within 5 min by both the O3 and VUV/O3 processes, whereas the removal of COD became less efficient compared to SBX removal. The COD removal and sulfur mineralization ratio in the VUV/O3 increased by 30.4–41.6% and 16.2–23.3%, respectively, compared to the ozonation. The large ozone dosage enhanced the mineralization of SBX, but resulted in low ozone consumption ratio. However, the ozone consumption ratio increased by 17.3–45.1% while involving VUV irradiation in the ozonation. The concentrations of formed sulfur byproducts (CS2 and SO42−) were measured. The rapid conversion of CS2 to SO42− ions was observed, showing the effective mineralization of sulfur byproducts in the O3 and VUV/O3 processes. The enhancements of the SBX mineralization and ozone consumption ratio by involving VUV radiation with ozone were discussed, and the decomposition pathway of SBX was proposed.