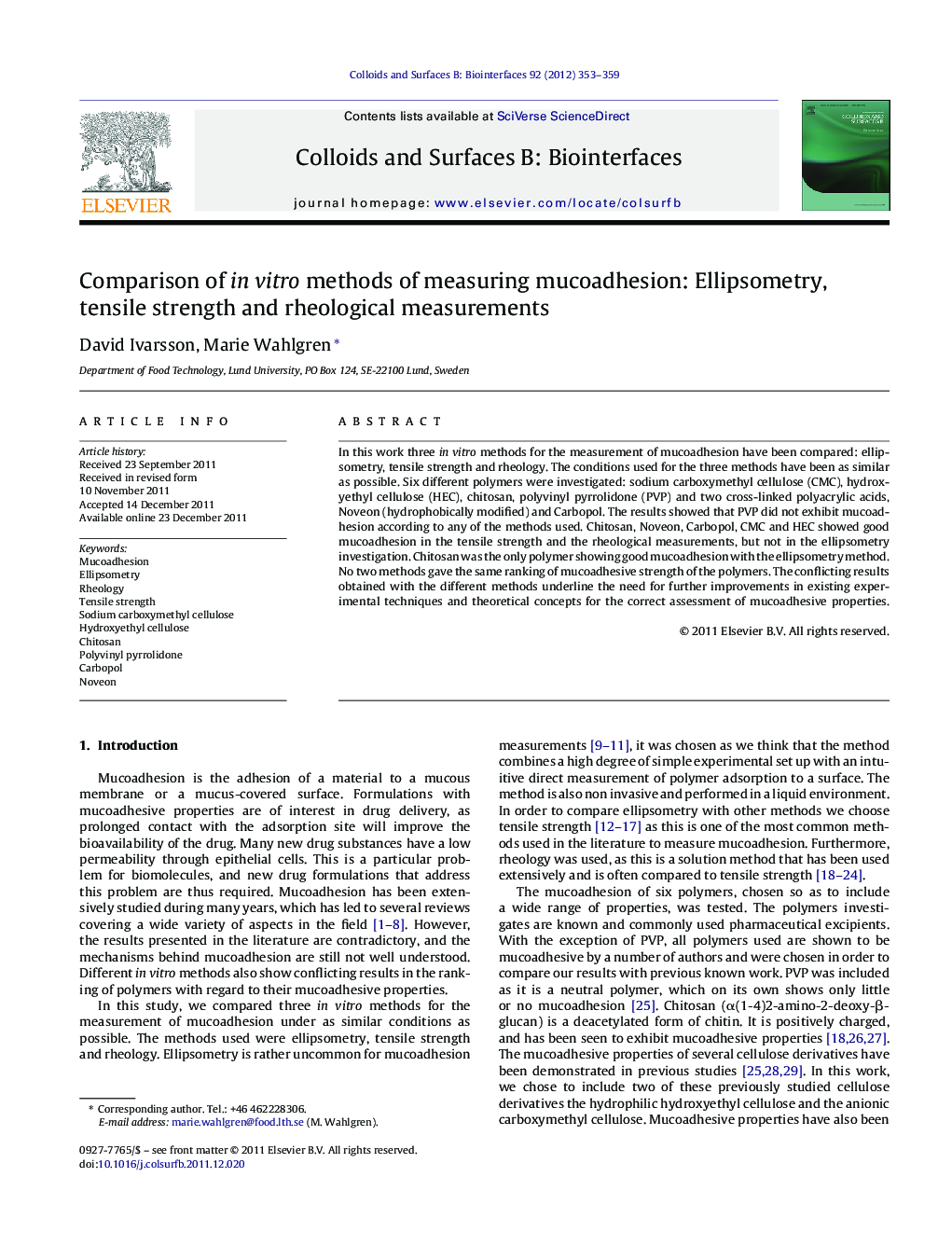 In this work three in vitro methods for the measurement of mucoadhesion have been compared: ellipsometry, tensile strength and rheology. The conditions used for the three methods have been as similar as possible. Six different polymers were investigated: sodium carboxymethyl cellulose (CMC), hydroxyethyl cellulose (HEC), chitosan, polyvinyl pyrrolidone (PVP) and two cross-linked polyacrylic acids, Noveon (hydrophobically modified) and Carbopol. The results showed that PVP did not exhibit mucoadhesion according to any of the methods used. Chitosan, Noveon, Carbopol, CMC and HEC showed good mucoadhesion in the tensile strength and the rheological measurements, but not in the ellipsometry investigation. Chitosan was the only polymer showing good mucoadhesion with the ellipsometry method. No two methods gave the same ranking of mucoadhesive strength of the polymers. The conflicting results obtained with the different methods underline the need for further improvements in existing experimental techniques and theoretical concepts for the correct assessment of mucoadhesive properties.

Figure optionsDownload as PowerPoint slideHighlights
► No correlation between ellipsometry, tensile strength and rheology in evaluating mucoadhesion.
► Adsorption evident from ellipsometry of chitosan to mucin covered surface but no adsorption seen for PVP, HEC, CMC, Carbopol or Noveon.
► All polymers except PVP show mucoadhesion in tensile strength and rheology measurements.
► No evidence for hydrogen bonding as a cause of mucoadhesion for negatively charged polymers.
► Indication of electrostatic attraction between mucin and chitosane.