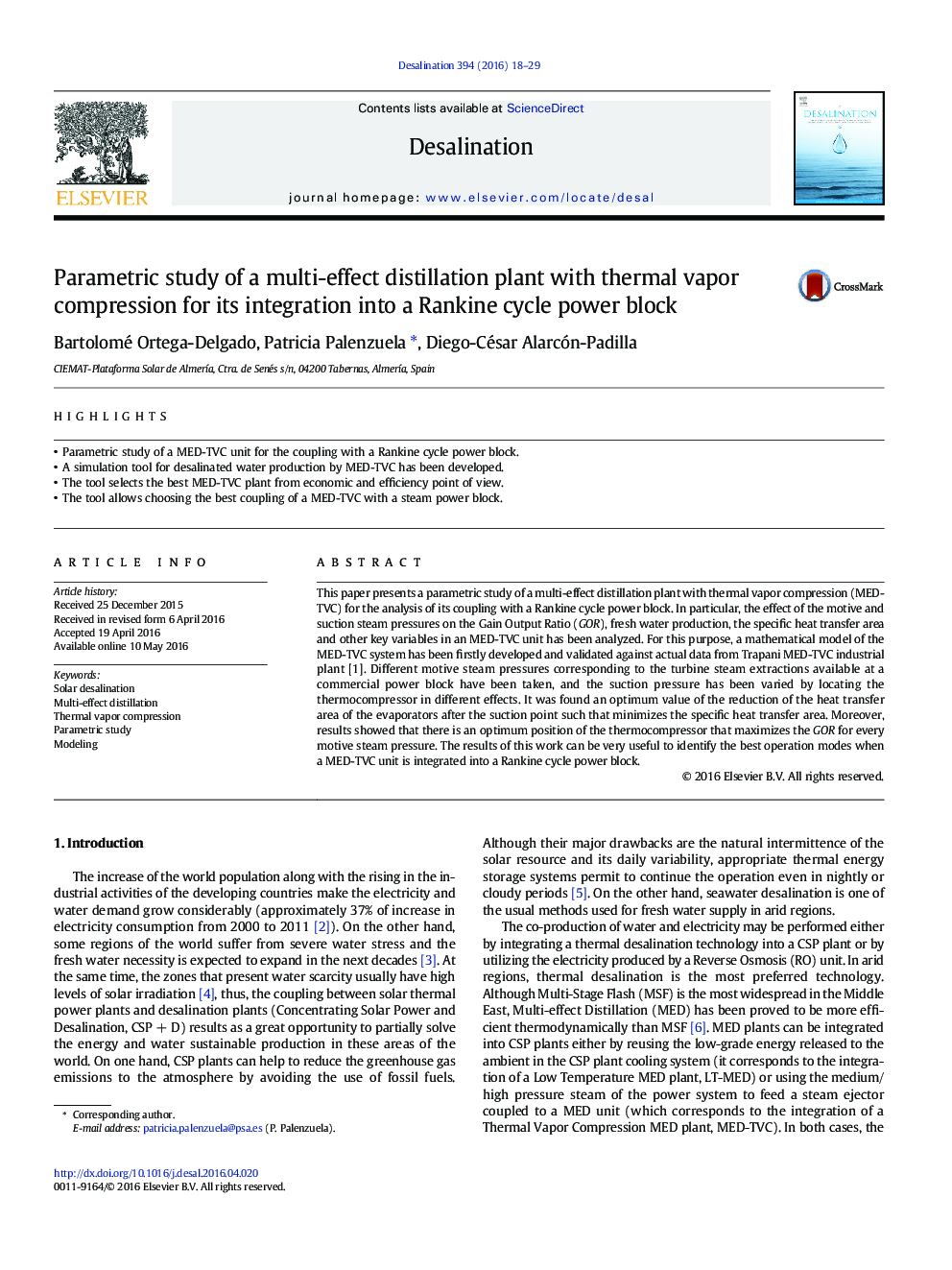 • Parametric study of a MED-TVC unit for the coupling with a Rankine cycle power block.
• A simulation tool for desalinated water production by MED-TVC has been developed.
• The tool selects the best MED-TVC plant from economic and efficiency point of view.
• The tool allows choosing the best coupling of a MED-TVC with a steam power block.

This paper presents a parametric study of a multi-effect distillation plant with thermal vapor compression (MED-TVC) for the analysis of its coupling with a Rankine cycle power block. In particular, the effect of the motive and suction steam pressures on the Gain Output Ratio (GOR), fresh water production, the specific heat transfer area and other key variables in an MED-TVC unit has been analyzed. For this purpose, a mathematical model of the MED-TVC system has been firstly developed and validated against actual data from Trapani MED-TVC industrial plant [1]. Different motive steam pressures corresponding to the turbine steam extractions available at a commercial power block have been taken, and the suction pressure has been varied by locating the thermocompressor in different effects. It was found an optimum value of the reduction of the heat transfer area of the evaporators after the suction point such that minimizes the specific heat transfer area. Moreover, results showed that there is an optimum position of the thermocompressor that maximizes the GOR for every motive steam pressure. The results of this work can be very useful to identify the best operation modes when a MED-TVC unit is integrated into a Rankine cycle power block.