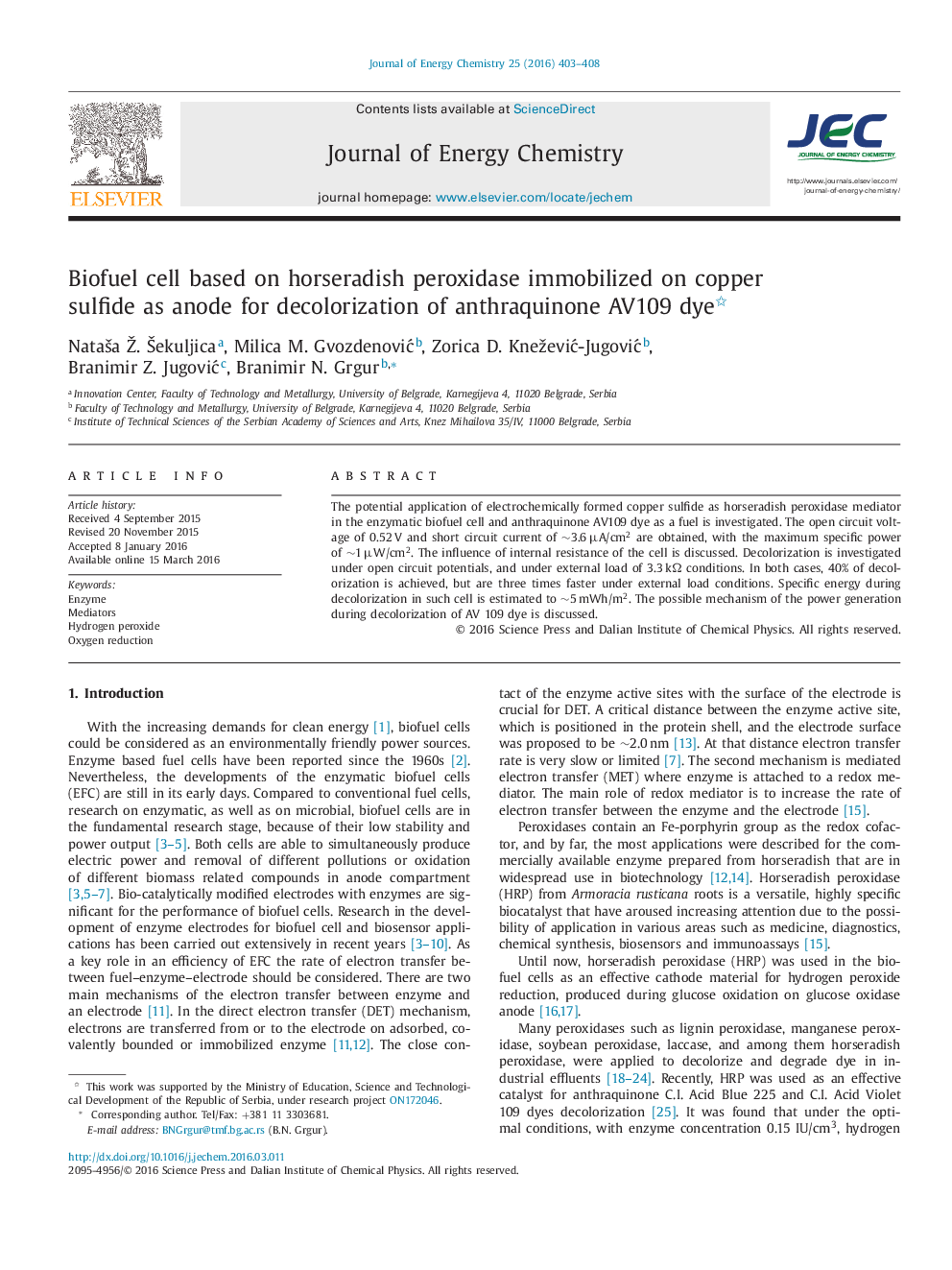 The potential application of electrochemically formed copper sulfide as horseradish peroxidase mediator in the enzymatic biofuel cell and anthraquinone AV109 dye as a fuel is investigated. The open circuit voltage of 0.52 V and short circuit current of ∼3.6 µA/cm2 are obtained, with the maximum specific power of ∼1 µW/cm2. The influence of internal resistance of the cell is discussed. Decolorization is investigated under open circuit potentials, and under external load of 3.3 kΩ conditions. In both cases, 40% of decolorization is achieved, but are three times faster under external load conditions. Specific energy during decolorization in such cell is estimated to ∼5 mWh/m2. The possible mechanism of the power generation during decolorization of AV 109 dye is discussed.

Simultaneous electric power generation and decolorization of anthraquinone AV109 dye was achieved in enzymatic biofuel cell consisted of horseradish peroxidase immobilized on copper sulfide as anode, and oxygen reduction from air, on platinum, as cathode.Figure optionsDownload as PowerPoint slide