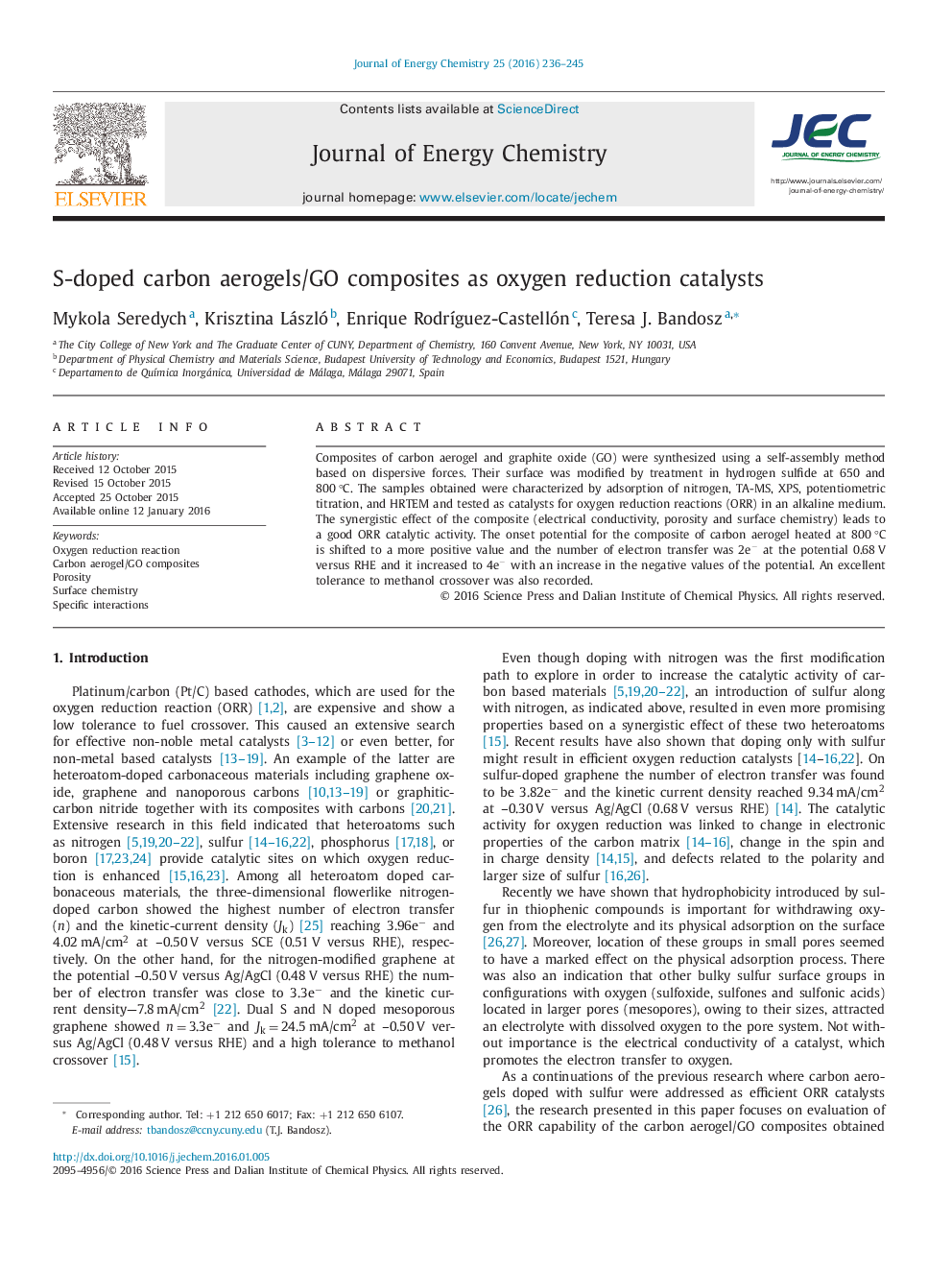 Composites of carbon aerogel and graphite oxide (GO) were synthesized using a self-assembly method based on dispersive forces. Their surface was modified by treatment in hydrogen sulfide at 650 and 800 °C. The samples obtained were characterized by adsorption of nitrogen, TA-MS, XPS, potentiometric titration, and HRTEM and tested as catalysts for oxygen reduction reactions (ORR) in an alkaline medium. The synergistic effect of the composite (electrical conductivity, porosity and surface chemistry) leads to a good ORR catalytic activity. The onset potential for the composite of carbon aerogel heated at 800 °C is shifted to a more positive value and the number of electron transfer was 2e− at the potential 0.68 V versus RHE and it increased to 4e− with an increase in the negative values of the potential. An excellent tolerance to methanol crossover was also recorded.

In the carbon aerogel/GO composites, sulfur originating either from GO or from sulfur-doped carbon aerogel, is stabilized as thiophenic compounds, which, when located in small pores, create centers for oxygen reduction.Figure optionsDownload as PowerPoint slide