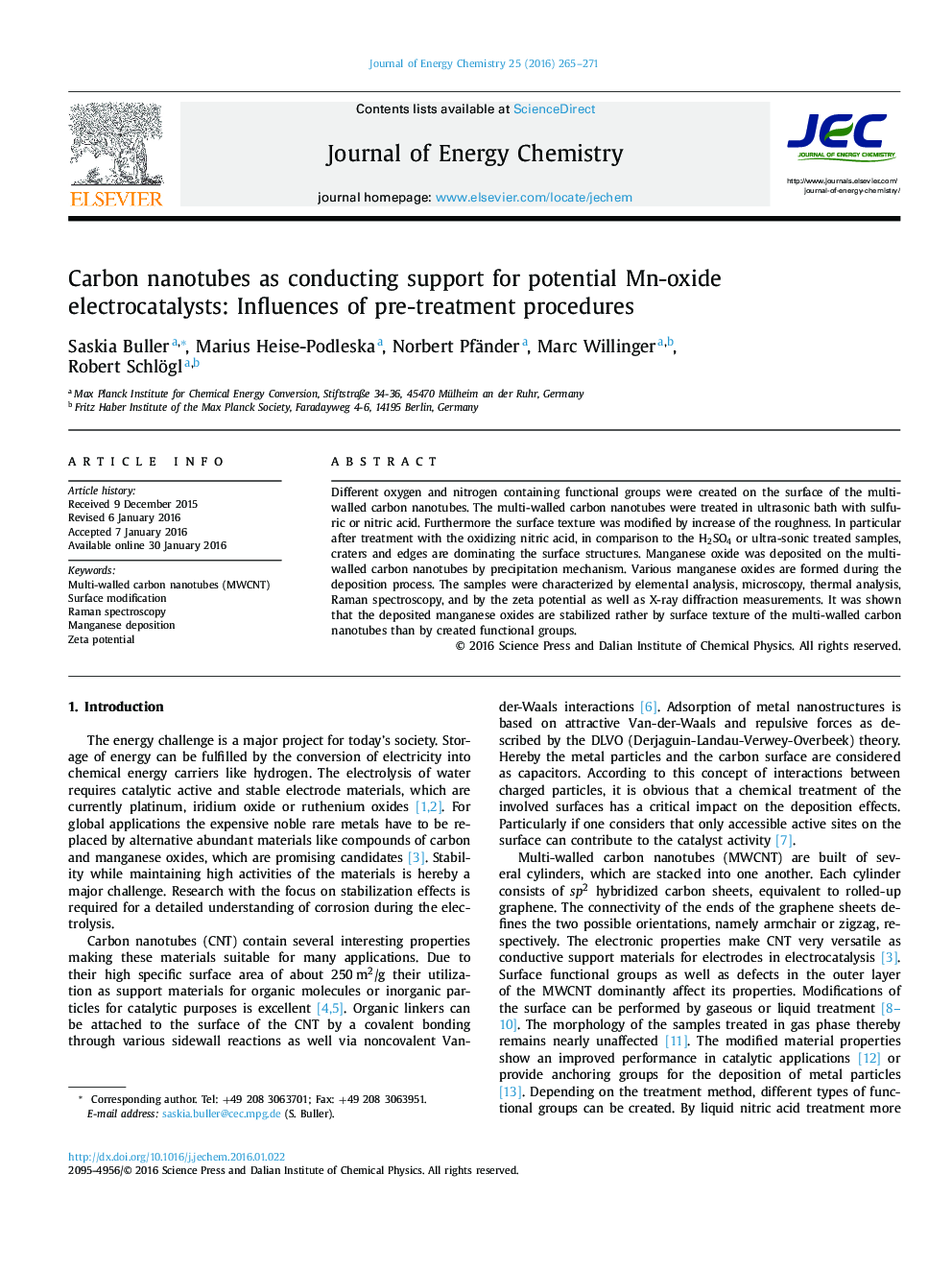 Manganese oxides are deposited on different pre-treated multiwalled carbon nanotubes. Edges and crater are formed by nitric acid treatment. The stabilizing effect of the particles is fulfilled rather by surface morphology than by functional groups.Figure optionsDownload as PowerPoint slide