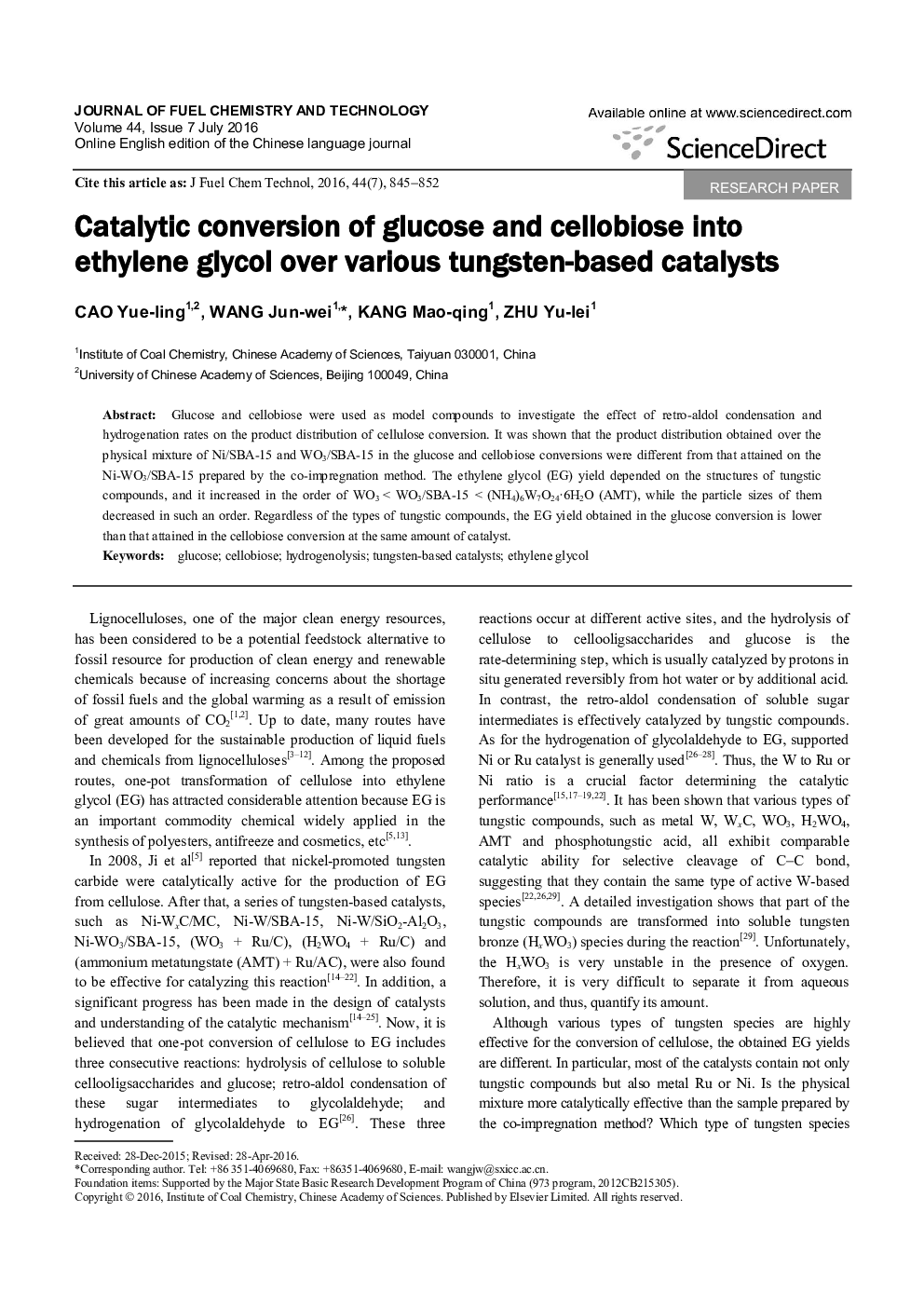 Glucose and cellobiose were used as model compounds to investigate the effect of retro-aldol condensation and hydrogenation rates on the product distribution of cellulose conversion. It was shown that the product distribution obtained over the physical mixture of Ni/SBA-15 and WO3/SBA-15 in the glucose and cellobiose conversions were different from that attained on the Ni-WO3/SBA-15 prepared by the co-impregnation method. The ethylene glycol (EG) yield depended on the structures of tungstic compounds, and it increased in the order of WO3 < WO3/SBA-15 < (NH4)6W7O24·6H2O (AMT), while the particle sizes of them decreased in such an order. Regardless of the types of tungstic compounds, the EG yield obtained in the glucose conversion is lower than that attained in the cellobiose conversion at the same amount of catalyst.