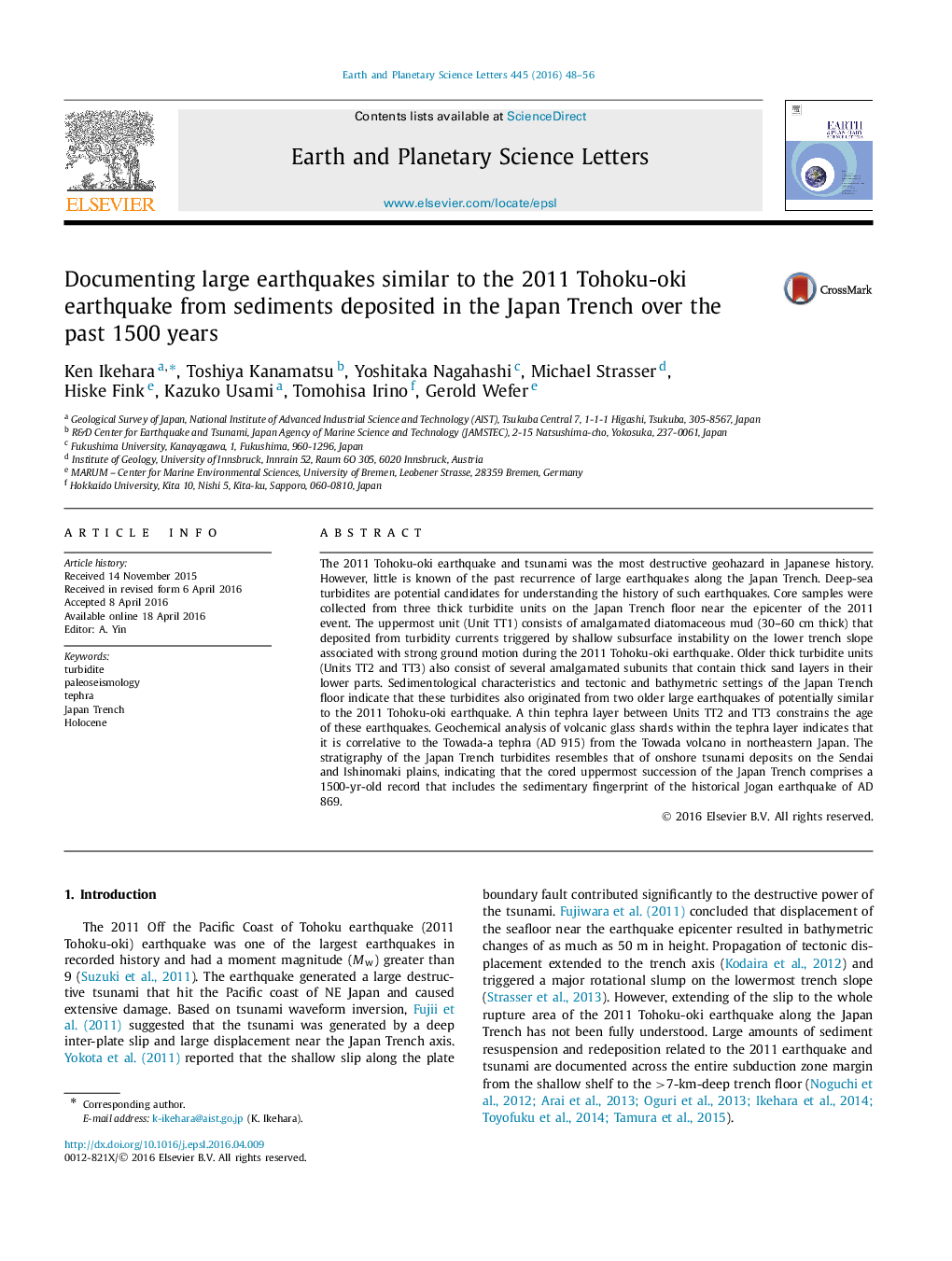 The 2011 Tohoku-oki earthquake and tsunami was the most destructive geohazard in Japanese history. However, little is known of the past recurrence of large earthquakes along the Japan Trench. Deep-sea turbidites are potential candidates for understanding the history of such earthquakes. Core samples were collected from three thick turbidite units on the Japan Trench floor near the epicenter of the 2011 event. The uppermost unit (Unit TT1) consists of amalgamated diatomaceous mud (30-60 cm thick) that deposited from turbidity currents triggered by shallow subsurface instability on the lower trench slope associated with strong ground motion during the 2011 Tohoku-oki earthquake. Older thick turbidite units (Units TT2 and TT3) also consist of several amalgamated subunits that contain thick sand layers in their lower parts. Sedimentological characteristics and tectonic and bathymetric settings of the Japan Trench floor indicate that these turbidites also originated from two older large earthquakes of potentially similar to the 2011 Tohoku-oki earthquake. A thin tephra layer between Units TT2 and TT3 constrains the age of these earthquakes. Geochemical analysis of volcanic glass shards within the tephra layer indicates that it is correlative to the Towada-a tephra (AD 915) from the Towada volcano in northeastern Japan. The stratigraphy of the Japan Trench turbidites resembles that of onshore tsunami deposits on the Sendai and Ishinomaki plains, indicating that the cored uppermost succession of the Japan Trench comprises a 1500-yr-old record that includes the sedimentary fingerprint of the historical Jogan earthquake of AD 869.