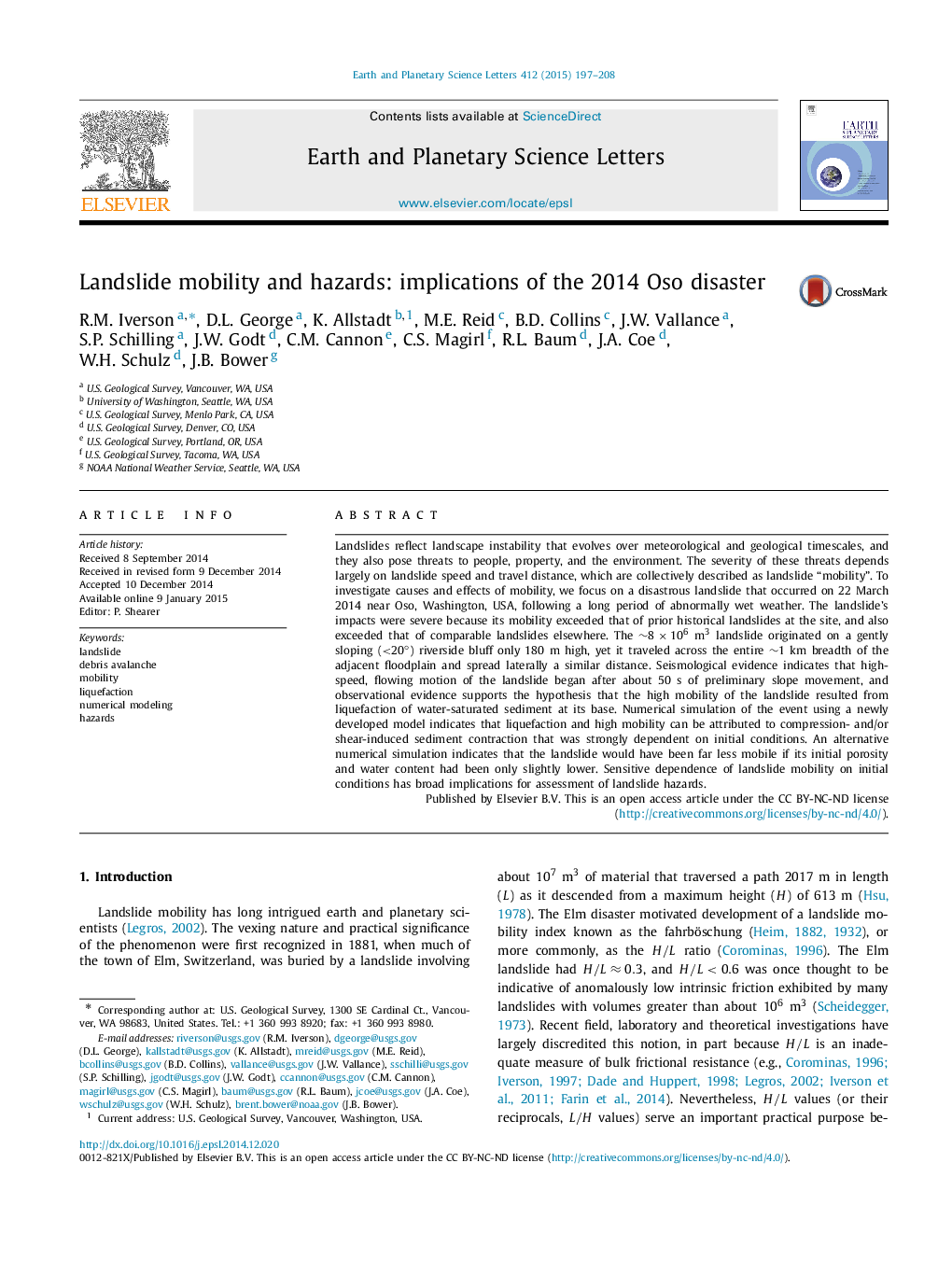 Landslides reflect landscape instability that evolves over meteorological and geological timescales, and they also pose threats to people, property, and the environment. The severity of these threats depends largely on landslide speed and travel distance, which are collectively described as landslide “mobility”. To investigate causes and effects of mobility, we focus on a disastrous landslide that occurred on 22 March 2014 near Oso, Washington, USA, following a long period of abnormally wet weather. The landslide's impacts were severe because its mobility exceeded that of prior historical landslides at the site, and also exceeded that of comparable landslides elsewhere. The â¼8Ã106m3 landslide originated on a gently sloping (<20Â°) riverside bluff only 180 m high, yet it traveled across the entire â¼1 km breadth of the adjacent floodplain and spread laterally a similar distance. Seismological evidence indicates that high-speed, flowing motion of the landslide began after about 50 s of preliminary slope movement, and observational evidence supports the hypothesis that the high mobility of the landslide resulted from liquefaction of water-saturated sediment at its base. Numerical simulation of the event using a newly developed model indicates that liquefaction and high mobility can be attributed to compression- and/or shear-induced sediment contraction that was strongly dependent on initial conditions. An alternative numerical simulation indicates that the landslide would have been far less mobile if its initial porosity and water content had been only slightly lower. Sensitive dependence of landslide mobility on initial conditions has broad implications for assessment of landslide hazards.