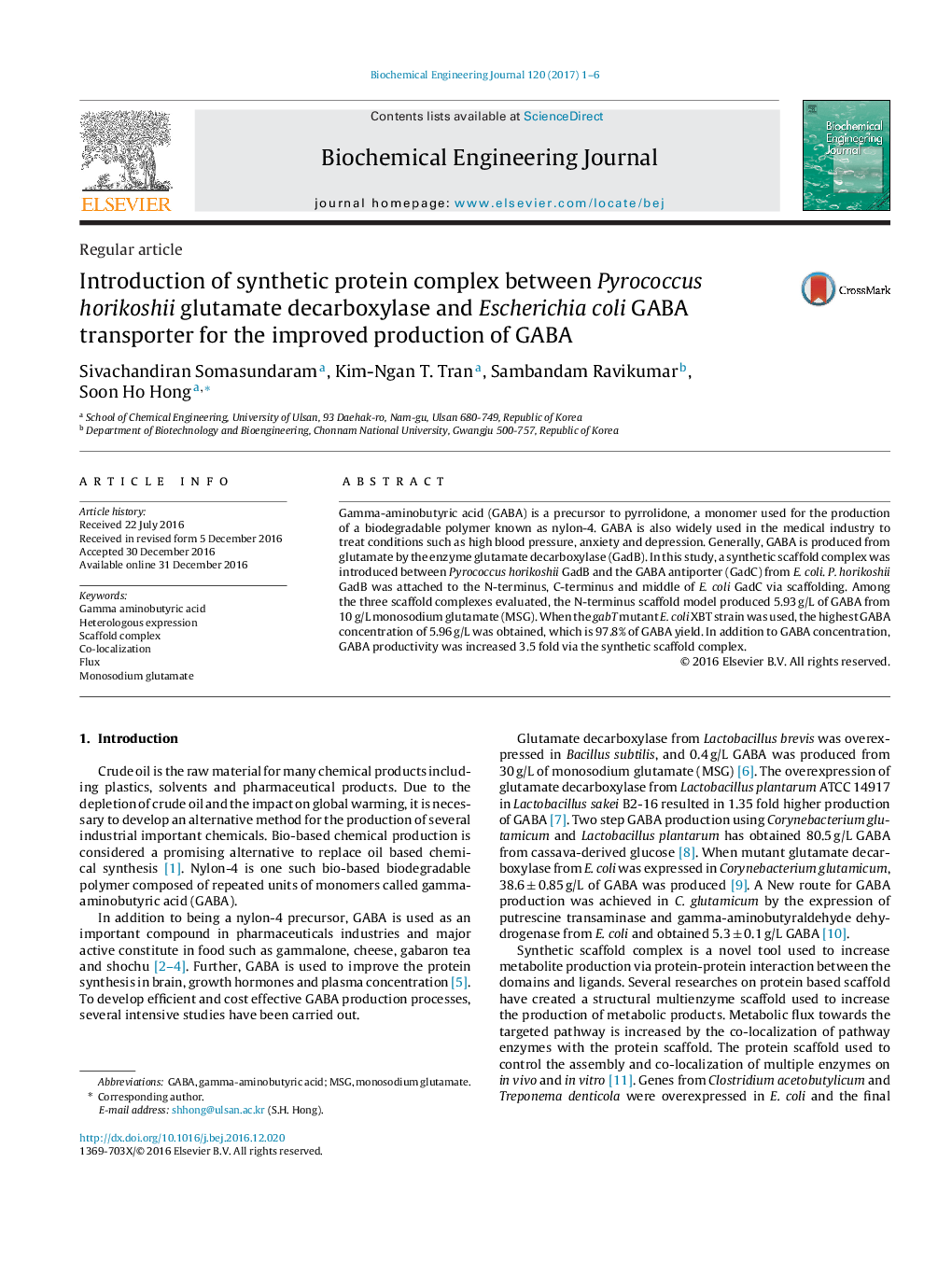 Gamma-aminobutyric acid (GABA) is a precursor to pyrrolidone, a monomer used for the production of a biodegradable polymer known as nylon-4. GABA is also widely used in the medical industry to treat conditions such as high blood pressure, anxiety and depression. Generally, GABA is produced from glutamate by the enzyme glutamate decarboxylase (GadB). In this study, a synthetic scaffold complex was introduced between Pyrococcus horikoshii GadB and the GABA antiporter (GadC) from E. coli. P. horikoshii GadB was attached to the N-terminus, C-terminus and middle of E. coli GadC via scaffolding. Among the three scaffold complexes evaluated, the N-terminus scaffold model produced 5.93Â g/L of GABA from 10Â g/L monosodium glutamate (MSG). When the gabT mutant E. coli XBT strain was used, the highest GABA concentration of 5.96Â g/L was obtained, which is 97.8% of GABA yield. In addition to GABA concentration, GABA productivity was increased 3.5 fold via the synthetic scaffold complex.