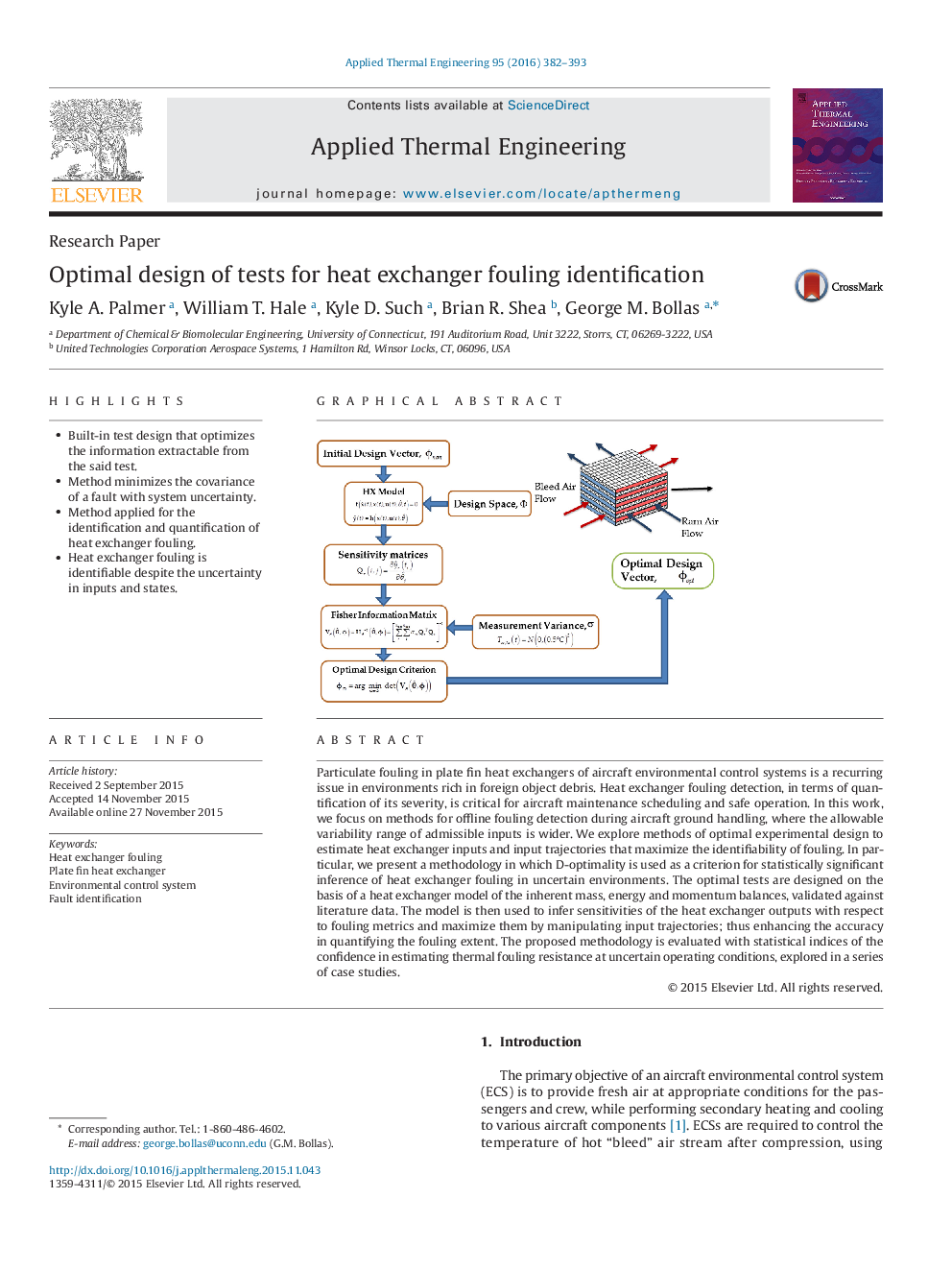 Particulate fouling in plate fin heat exchangers of aircraft environmental control systems is a recurring issue in environments rich in foreign object debris. Heat exchanger fouling detection, in terms of quantification of its severity, is critical for aircraft maintenance scheduling and safe operation. In this work, we focus on methods for offline fouling detection during aircraft ground handling, where the allowable variability range of admissible inputs is wider. We explore methods of optimal experimental design to estimate heat exchanger inputs and input trajectories that maximize the identifiability of fouling. In particular, we present a methodology in which D-optimality is used as a criterion for statistically significant inference of heat exchanger fouling in uncertain environments. The optimal tests are designed on the basis of a heat exchanger model of the inherent mass, energy and momentum balances, validated against literature data. The model is then used to infer sensitivities of the heat exchanger outputs with respect to fouling metrics and maximize them by manipulating input trajectories; thus enhancing the accuracy in quantifying the fouling extent. The proposed methodology is evaluated with statistical indices of the confidence in estimating thermal fouling resistance at uncertain operating conditions, explored in a series of case studies.