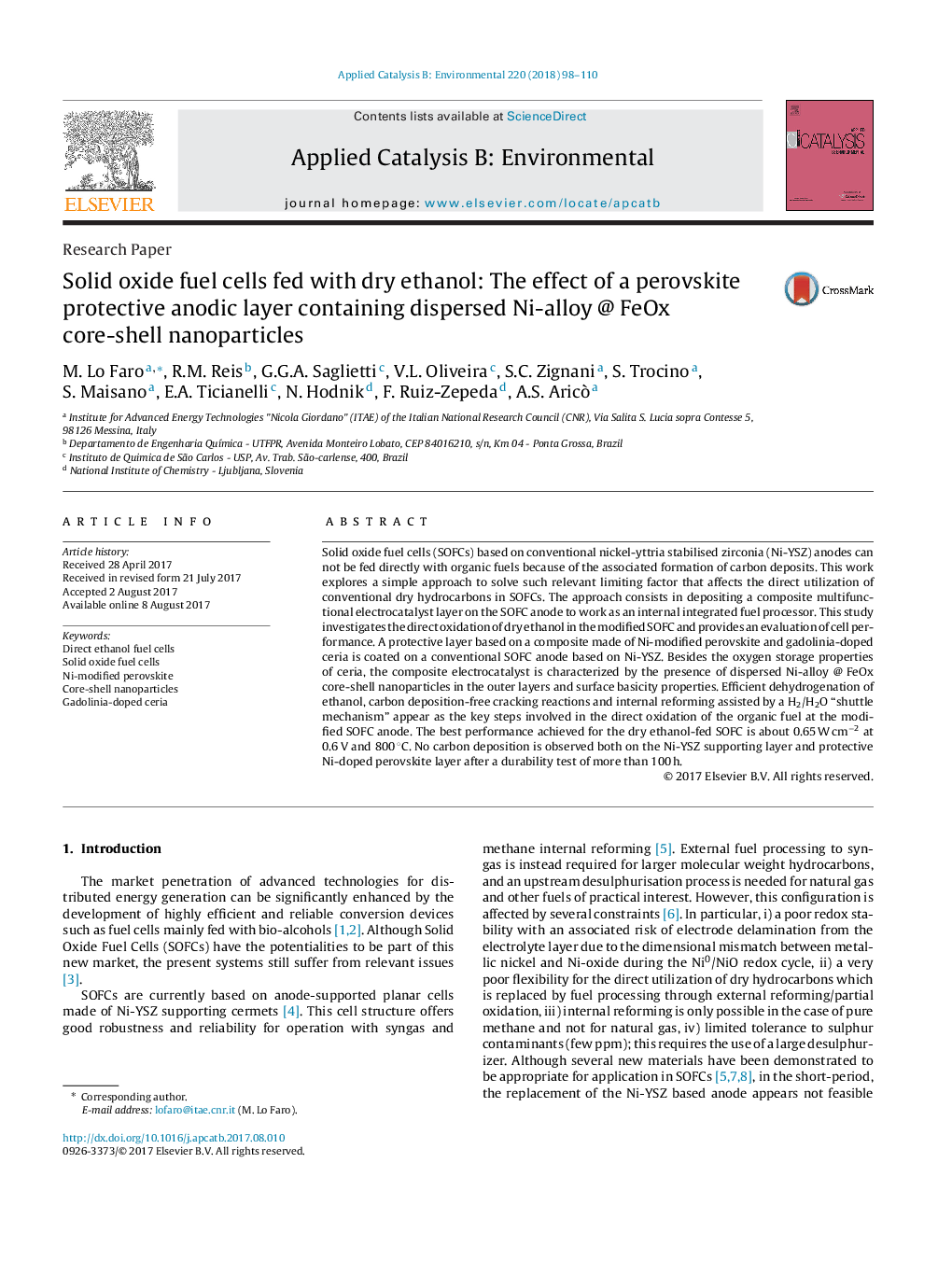 Solid oxide fuel cells (SOFCs) based on conventional nickel-yttria stabilised zirconia (Ni-YSZ) anodes can not be fed directly with organic fuels because of the associated formation of carbon deposits. This work explores a simple approach to solve such relevant limiting factor that affects the direct utilization of conventional dry hydrocarbons in SOFCs. The approach consists in depositing a composite multifunctional electrocatalyst layer on the SOFC anode to work as an internal integrated fuel processor. This study investigates the direct oxidation of dry ethanol in the modified SOFC and provides an evaluation of cell performance. A protective layer based on a composite made of Ni-modified perovskite and gadolinia-doped ceria is coated on a conventional SOFC anode based on Ni-YSZ. Besides the oxygen storage properties of ceria, the composite electrocatalyst is characterized by the presence of dispersed Ni-alloy @ FeOx core-shell nanoparticles in the outer layers and surface basicity properties. Efficient dehydrogenation of ethanol, carbon deposition-free cracking reactions and internal reforming assisted by a H2/H2O “shuttle mechanism” appear as the key steps involved in the direct oxidation of the organic fuel at the modified SOFC anode. The best performance achieved for the dry ethanol-fed SOFC is about 0.65Â WÂ cmâ2 at 0.6Â V and 800Â Â°C. No carbon deposition is observed both on the Ni-YSZ supporting layer and protective Ni-doped perovskite layer after a durability test of more than 100Â h.

Protective layer and scheme of the “shuttle mechanism” suggested in the present paper.123