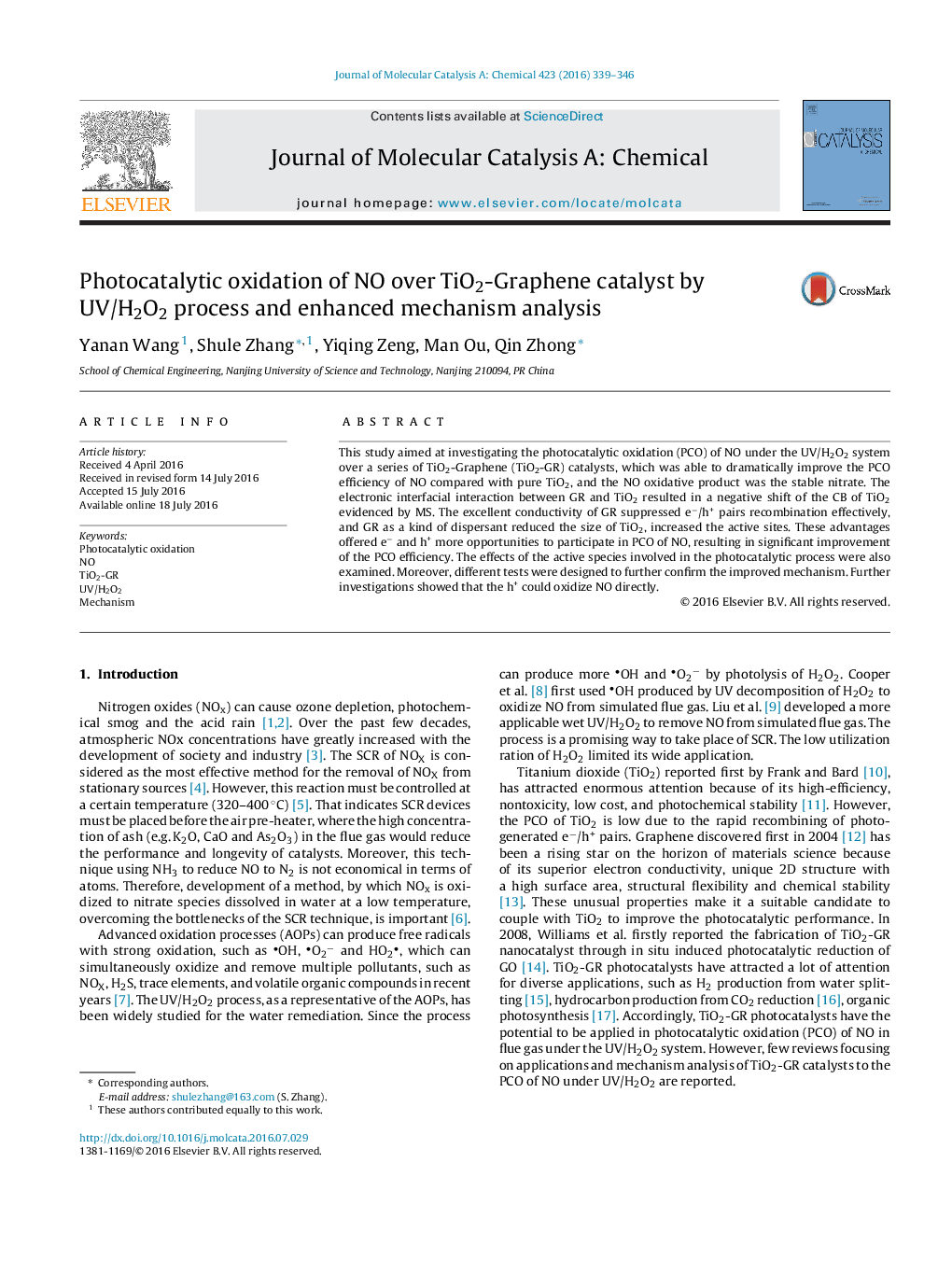 • TiO2-5%GR catalyst was the optimum with 80.4% PCO efficiency of NO under UV/H2O2 system.
• The reduction potential of CB in TiO2-GR was more negative than that in pure TiO2 evidenced by the Mott-Schottky.
• Reasons for the enhanced PCO performance of TiO2-GR were analyzed.
• A trapping experiment was conducted to analyse further the mechanism of the PCO of NO relevant with active species.
• It was investigated that the holes could oxide NO directly.

This study aimed at investigating the photocatalytic oxidation (PCO) of NO under the UV/H2O2 system over a series of TiO2-Graphene (TiO2-GR) catalysts, which was able to dramatically improve the PCO efficiency of NO compared with pure TiO2, and the NO oxidative product was the stable nitrate. The electronic interfacial interaction between GR and TiO2 resulted in a negative shift of the CB of TiO2 evidenced by MS. The excellent conductivity of GR suppressed e−/h+ pairs recombination effectively, and GR as a kind of dispersant reduced the size of TiO2, increased the active sites. These advantages offered e− and h+ more opportunities to participate in PCO of NO, resulting in significant improvement of the PCO efficiency. The effects of the active species involved in the photocatalytic process were also examined. Moreover, different tests were designed to further confirm the improved mechanism. Further investigations showed that the h+ could oxidize NO directly.