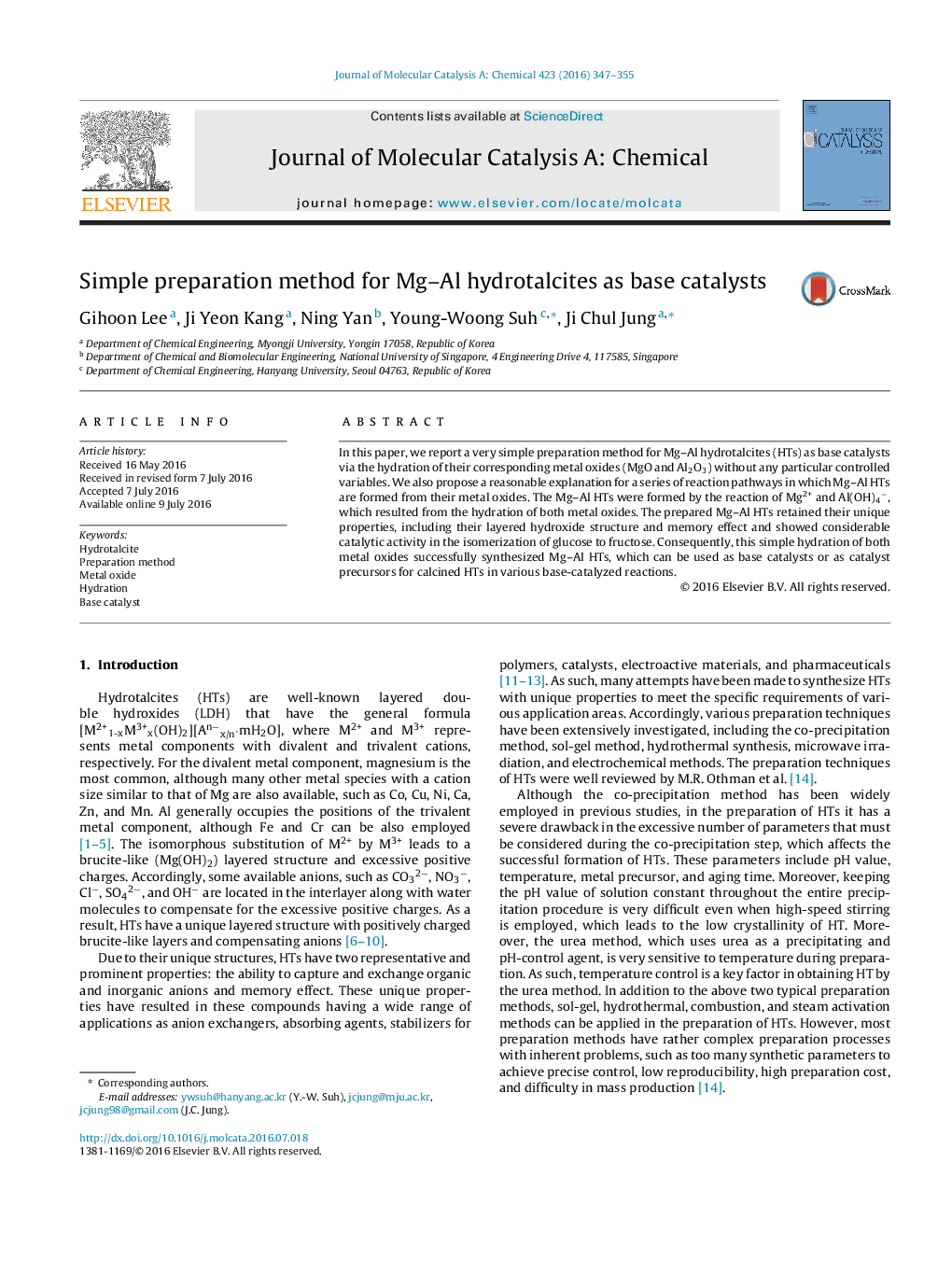 In this paper, we report a very simple preparation method for Mg–Al hydrotalcites (HTs) as base catalysts via the hydration of their corresponding metal oxides (MgO and Al2O3) without any particular controlled variables. We also propose a reasonable explanation for a series of reaction pathways in which Mg–Al HTs are formed from their metal oxides. The Mg–Al HTs were formed by the reaction of Mg2+ and Al(OH)4−, which resulted from the hydration of both metal oxides. The prepared Mg–Al HTs retained their unique properties, including their layered hydroxide structure and memory effect and showed considerable catalytic activity in the isomerization of glucose to fructose. Consequently, this simple hydration of both metal oxides successfully synthesized Mg–Al HTs, which can be used as base catalysts or as catalyst precursors for calcined HTs in various base-catalyzed reactions.