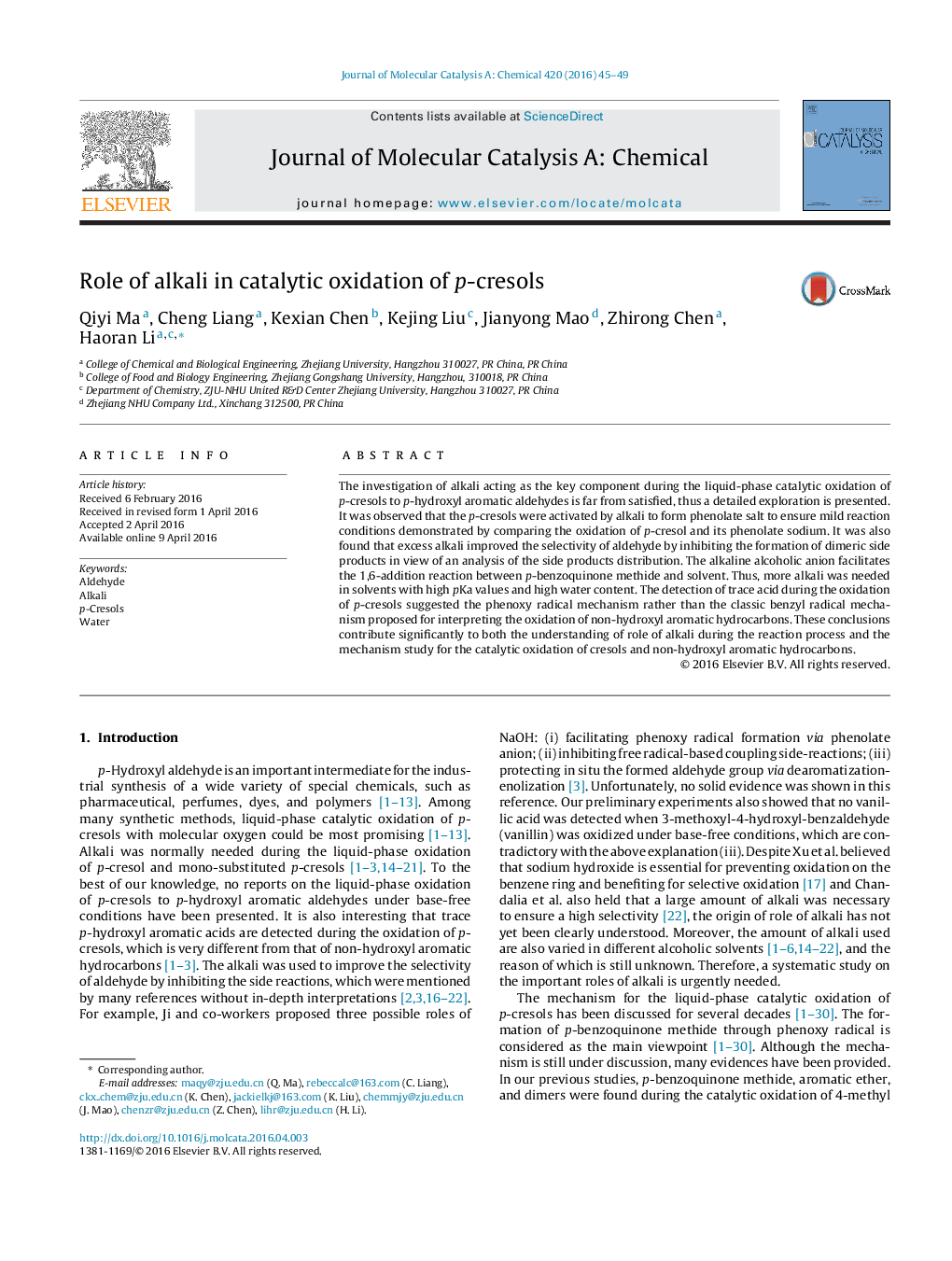 The investigation of alkali acting as the key component during the liquid-phase catalytic oxidation of p-cresols to p-hydroxyl aromatic aldehydes is far from satisfied, thus a detailed exploration is presented. It was observed that the p-cresols were activated by alkali to form phenolate salt to ensure mild reaction conditions demonstrated by comparing the oxidation of p-cresol and its phenolate sodium. It was also found that excess alkali improved the selectivity of aldehyde by inhibiting the formation of dimeric side products in view of an analysis of the side products distribution. The alkaline alcoholic anion facilitates the 1,6-addition reaction between p-benzoquinone methide and solvent. Thus, more alkali was needed in solvents with high pKa values and high water content. The detection of trace acid during the oxidation of p-cresols suggested the phenoxy radical mechanism rather than the classic benzyl radical mechanism proposed for interpreting the oxidation of non-hydroxyl aromatic hydrocarbons. These conclusions contribute significantly to both the understanding of role of alkali during the reaction process and the mechanism study for the catalytic oxidation of cresols and non-hydroxyl aromatic hydrocarbons.