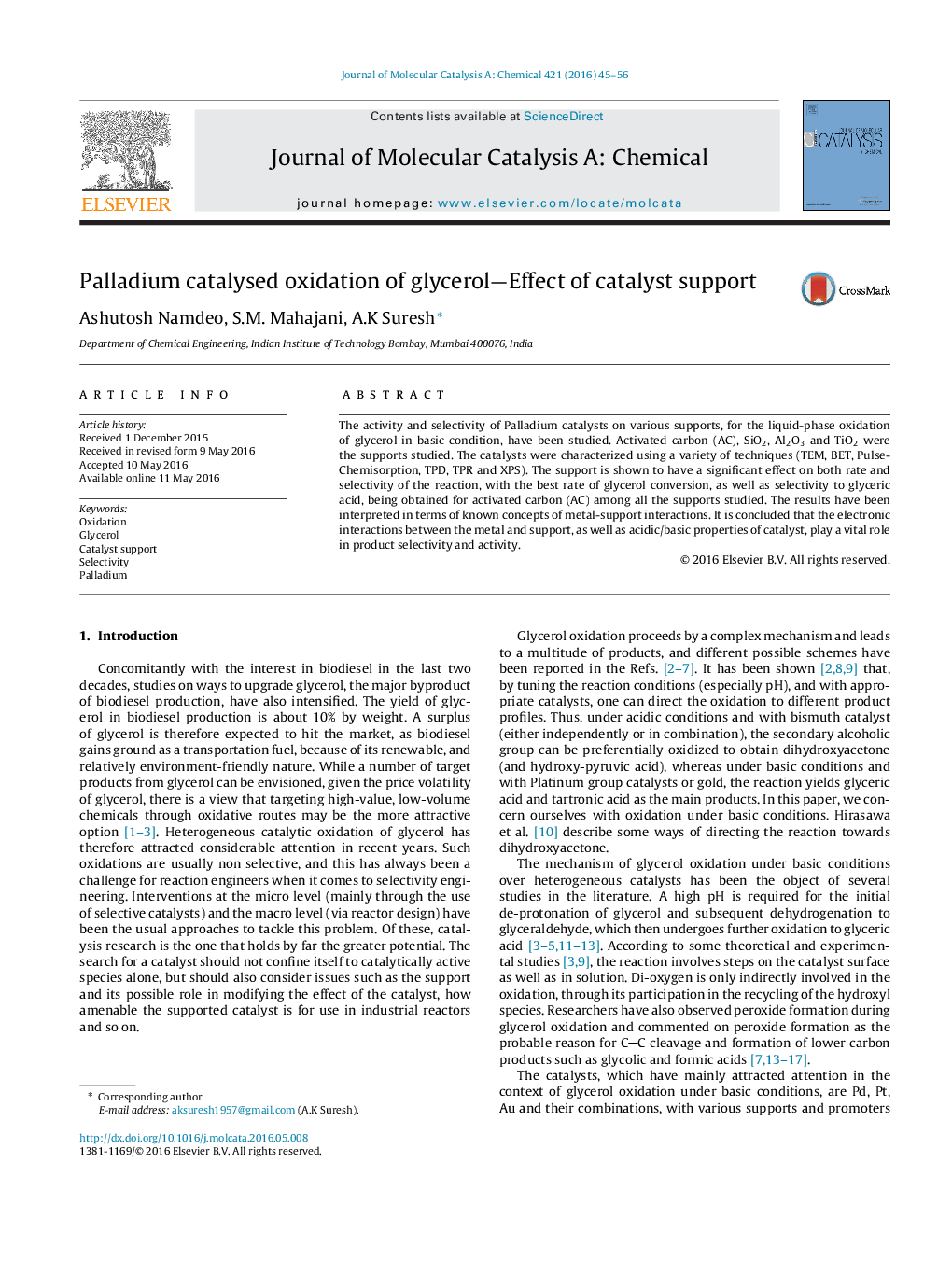 • The effect of support on Pd catalyst has been studied for glycerol oxidation.
• Metal-support interaction has been probed through XPS and other techniques.
• Carbon-supported Pd was more active and selective than oxide supported Pd.
• Support effect was less for the carbon support as compared to oxide supports.
• Electronic interaction and support acidity have been identified as key factors.

The activity and selectivity of Palladium catalysts on various supports, for the liquid-phase oxidation of glycerol in basic condition, have been studied. Activated carbon (AC), SiO2, Al2O3 and TiO2 were the supports studied. The catalysts were characterized using a variety of techniques (TEM, BET, Pulse-Chemisorption, TPD, TPR and XPS). The support is shown to have a significant effect on both rate and selectivity of the reaction, with the best rate of glycerol conversion, as well as selectivity to glyceric acid, being obtained for activated carbon (AC) among all the supports studied. The results have been interpreted in terms of known concepts of metal-support interactions. It is concluded that the electronic interactions between the metal and support, as well as acidic/basic properties of catalyst, play a vital role in product selectivity and activity.