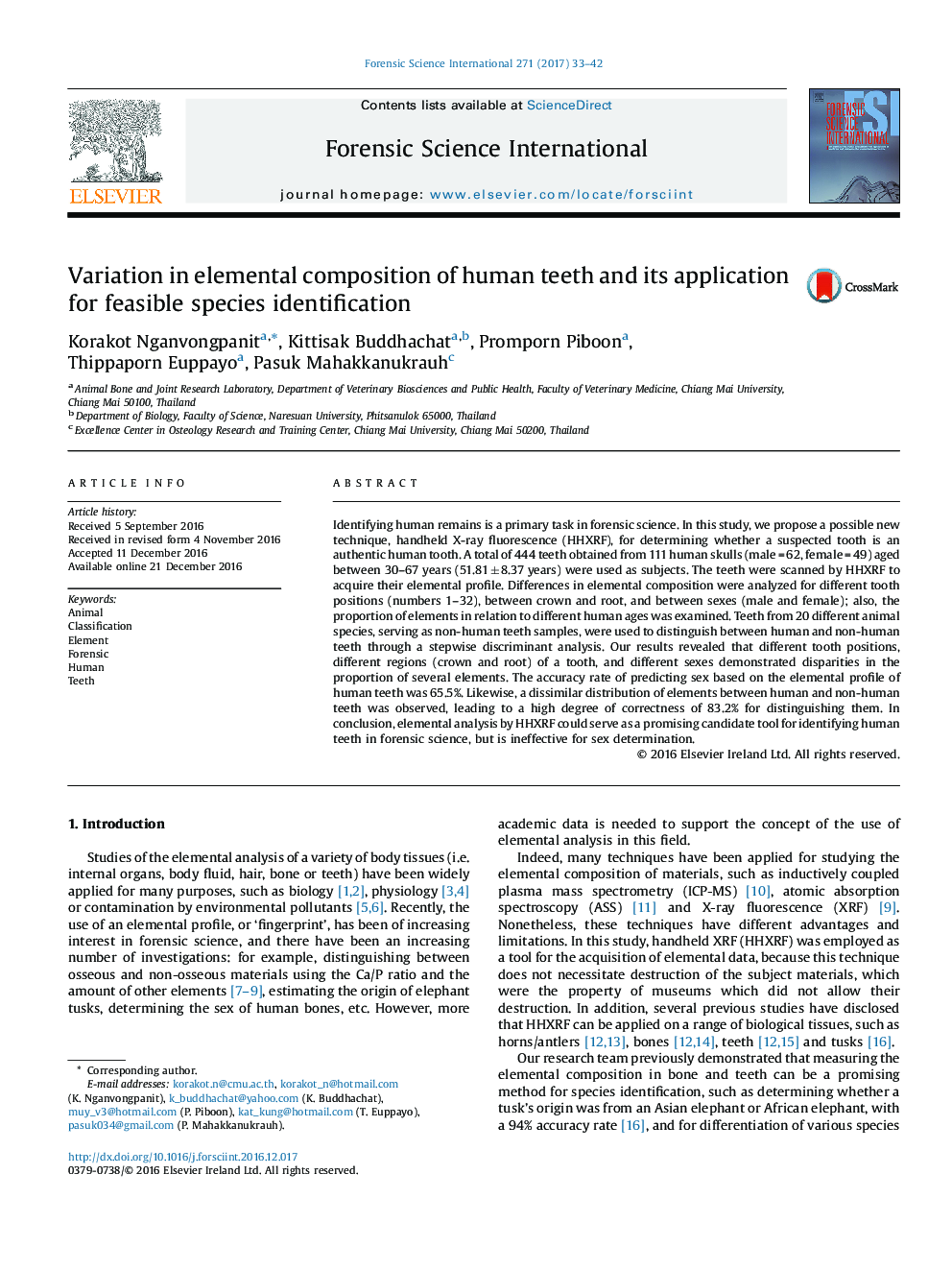 - XRF analysis is a nondestructive technique for determining elemental profiles.
- Uneven distribution of elements was noted for position, region and sex.
- XRF can discriminate human teeth from teeth of other species.

Identifying human remains is a primary task in forensic science. In this study, we propose a possible new technique, handheld X-ray fluorescence (HHXRF), for determining whether a suspected tooth is an authentic human tooth. A total of 444 teeth obtained from 111 human skulls (maleÂ =Â 62, femaleÂ =Â 49) aged between 30-67 years (51.81Â Â±Â 8.37 years) were used as subjects. The teeth were scanned by HHXRF to acquire their elemental profile. Differences in elemental composition were analyzed for different tooth positions (numbers 1-32), between crown and root, and between sexes (male and female); also, the proportion of elements in relation to different human ages was examined. Teeth from 20 different animal species, serving as non-human teeth samples, were used to distinguish between human and non-human teeth through a stepwise discriminant analysis. Our results revealed that different tooth positions, different regions (crown and root) of a tooth, and different sexes demonstrated disparities in the proportion of several elements. The accuracy rate of predicting sex based on the elemental profile of human teeth was 65.5%. Likewise, a dissimilar distribution of elements between human and non-human teeth was observed, leading to a high degree of correctness of 83.2% for distinguishing them. In conclusion, elemental analysis by HHXRF could serve as a promising candidate tool for identifying human teeth in forensic science, but is ineffective for sex determination.