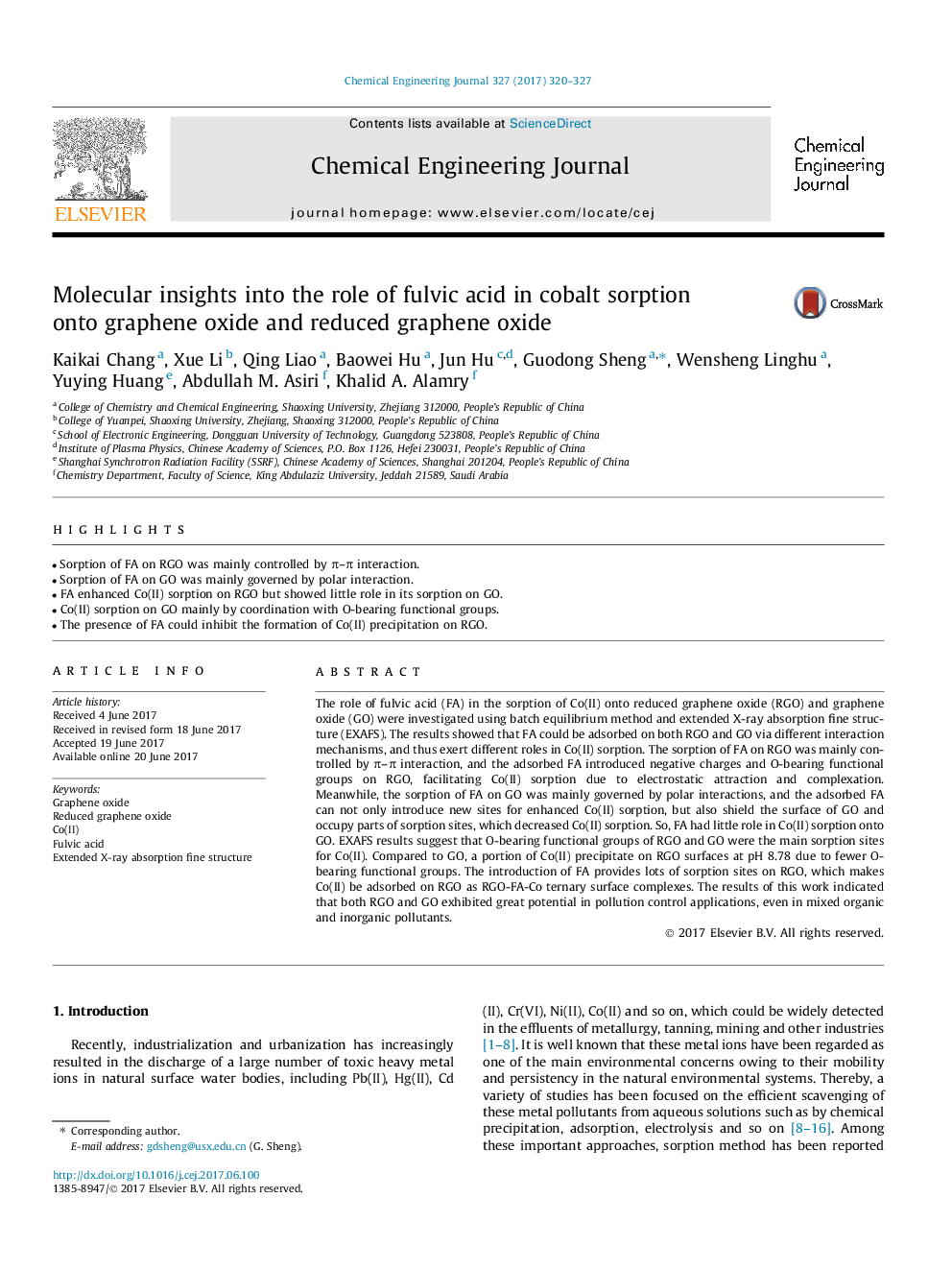 The role of fulvic acid (FA) in the sorption of Co(II) onto reduced graphene oxide (RGO) and graphene oxide (GO) were investigated using batch equilibrium method and extended X-ray absorption fine structure (EXAFS). The results showed that FA could be adsorbed on both RGO and GO via different interaction mechanisms, and thus exert different roles in Co(II) sorption. The sorption of FA on RGO was mainly controlled by Ï-Ï interaction, and the adsorbed FA introduced negative charges and O-bearing functional groups on RGO, facilitating Co(II) sorption due to electrostatic attraction and complexation. Meanwhile, the sorption of FA on GO was mainly governed by polar interactions, and the adsorbed FA can not only introduce new sites for enhanced Co(II) sorption, but also shield the surface of GO and occupy parts of sorption sites, which decreased Co(II) sorption. So, FA had little role in Co(II) sorption onto GO. EXAFS results suggest that O-bearing functional groups of RGO and GO were the main sorption sites for Co(II). Compared to GO, a portion of Co(II) precipitate on RGO surfaces at pH 8.78 due to fewer O-bearing functional groups. The introduction of FA provides lots of sorption sites on RGO, which makes Co(II) be adsorbed on RGO as RGO-FA-Co ternary surface complexes. The results of this work indicated that both RGO and GO exhibited great potential in pollution control applications, even in mixed organic and inorganic pollutants.