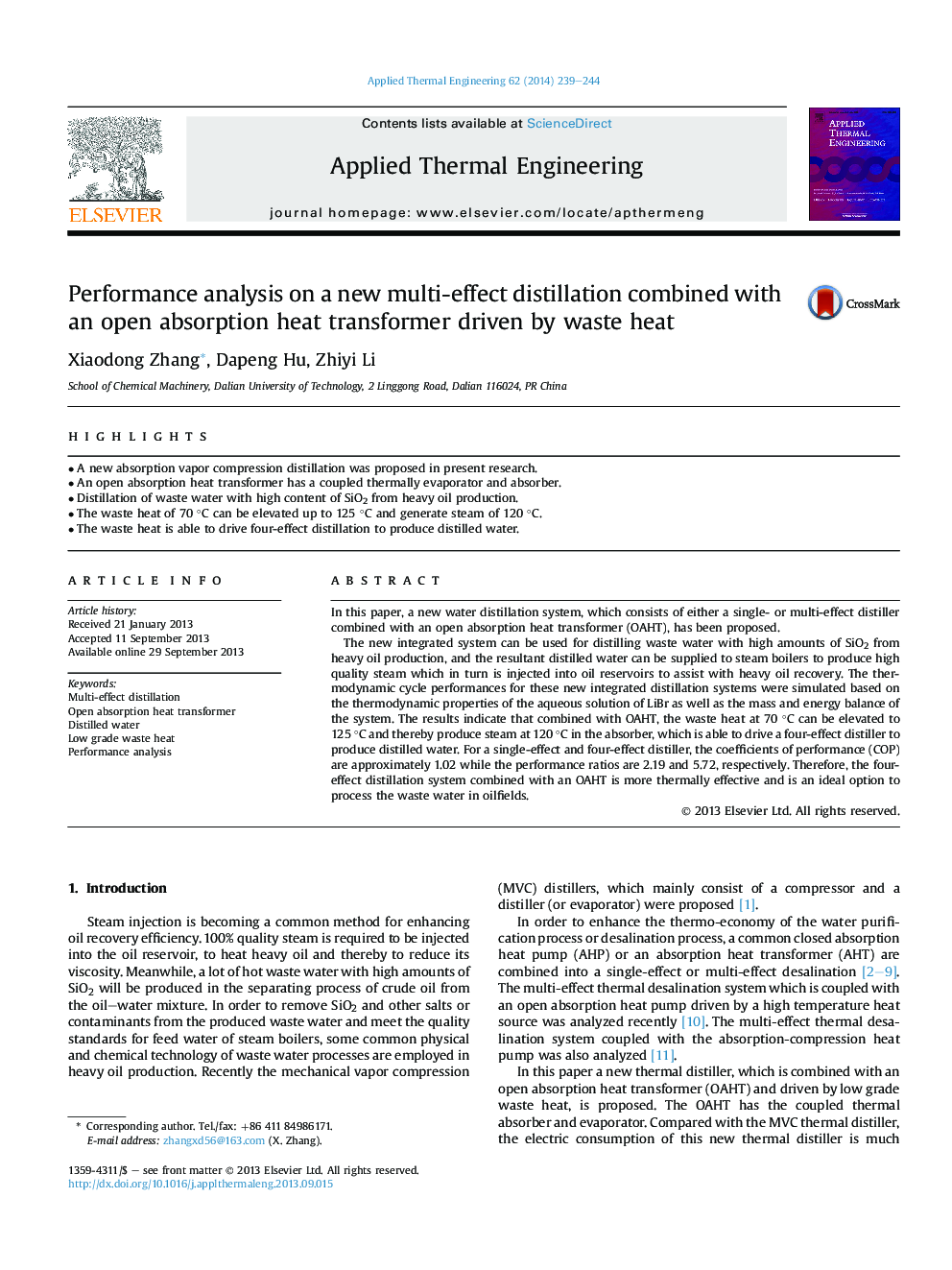 • A new absorption vapor compression distillation was proposed in present research.
• An open absorption heat transformer has a coupled thermally evaporator and absorber.
• Distillation of waste water with high content of SiO2 from heavy oil production.
• The waste heat of 70 °C can be elevated up to 125 °C and generate steam of 120 °C.
• The waste heat is able to drive four-effect distillation to produce distilled water.

In this paper, a new water distillation system, which consists of either a single- or multi-effect distiller combined with an open absorption heat transformer (OAHT), has been proposed.The new integrated system can be used for distilling waste water with high amounts of SiO2 from heavy oil production, and the resultant distilled water can be supplied to steam boilers to produce high quality steam which in turn is injected into oil reservoirs to assist with heavy oil recovery. The thermodynamic cycle performances for these new integrated distillation systems were simulated based on the thermodynamic properties of the aqueous solution of LiBr as well as the mass and energy balance of the system. The results indicate that combined with OAHT, the waste heat at 70 °C can be elevated to 125 °C and thereby produce steam at 120 °C in the absorber, which is able to drive a four-effect distiller to produce distilled water. For a single-effect and four-effect distiller, the coefficients of performance (COP) are approximately 1.02 while the performance ratios are 2.19 and 5.72, respectively. Therefore, the four-effect distillation system combined with an OAHT is more thermally effective and is an ideal option to process the waste water in oilfields.