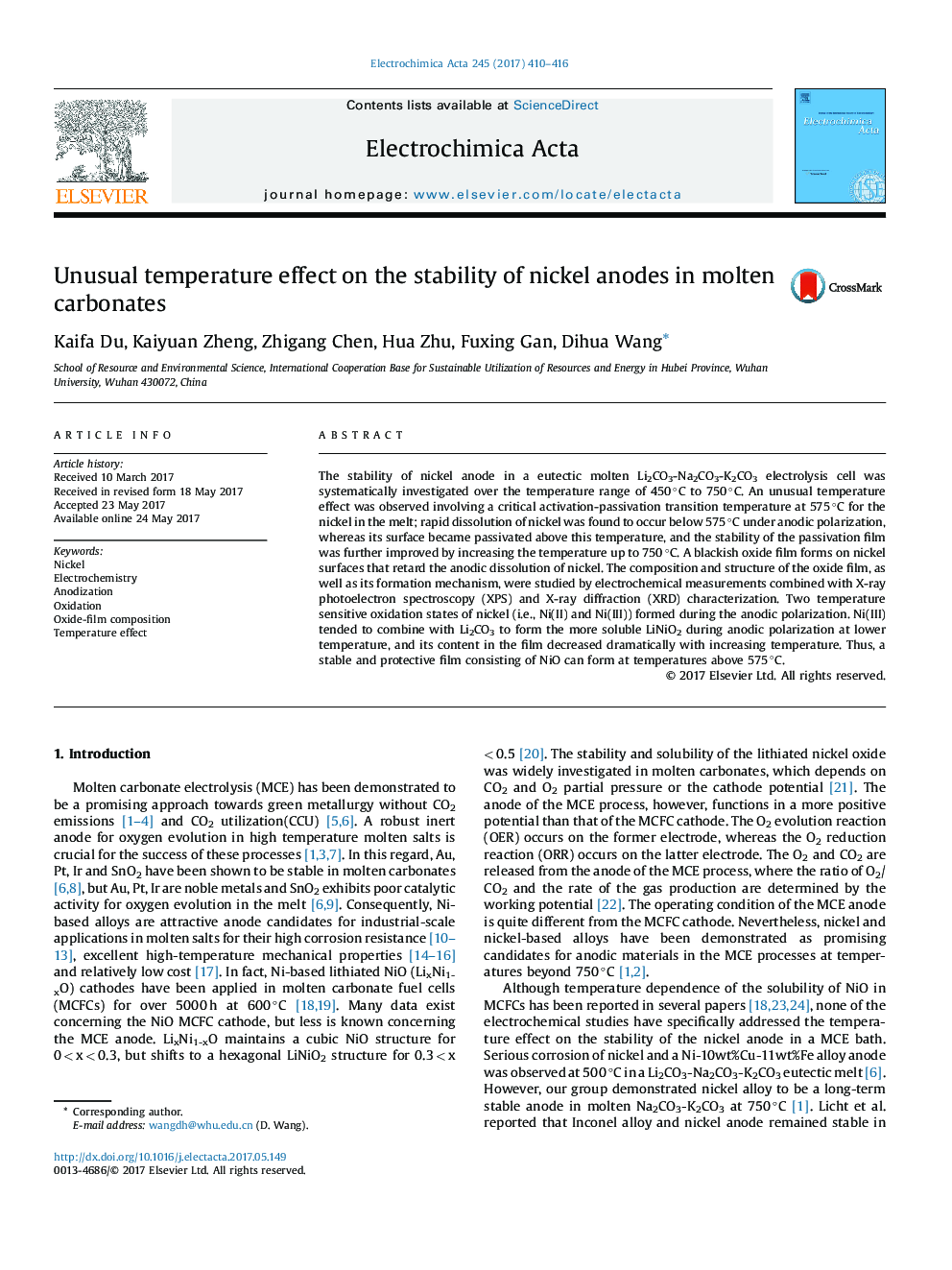 The stability of nickel anode in a eutectic molten Li2CO3-Na2CO3-K2CO3 electrolysis cell was systematically investigated over the temperature range of 450Â Â°C to 750Â Â°C. An unusual temperature effect was observed involving a critical activation-passivation transition temperature at 575Â Â°C for the nickel in the melt; rapid dissolution of nickel was found to occur below 575Â Â°C under anodic polarization, whereas its surface became passivated above this temperature, and the stability of the passivation film was further improved by increasing the temperature up to 750Â Â°C. A blackish oxide film forms on nickel surfaces that retard the anodic dissolution of nickel. The composition and structure of the oxide film, as well as its formation mechanism, were studied by electrochemical measurements combined with X-ray photoelectron spectroscopy (XPS) and X-ray diffraction (XRD) characterization. Two temperature sensitive oxidation states of nickel (i.e., Ni(II) and Ni(III)) formed during the anodic polarization. Ni(III) tended to combine with Li2CO3 to form the more soluble LiNiO2 during anodic polarization at lower temperature, and its content in the film decreased dramatically with increasing temperature. Thus, a stable and protective film consisting of NiO can form at temperatures above 575Â Â°C.

The electrochemical stability of nickel increases with temperature during anodic polarization in molten Li2CO3-Na2CO3-K2CO3, with a critical activation-passivation transition temperature at 575Â Â°C.194